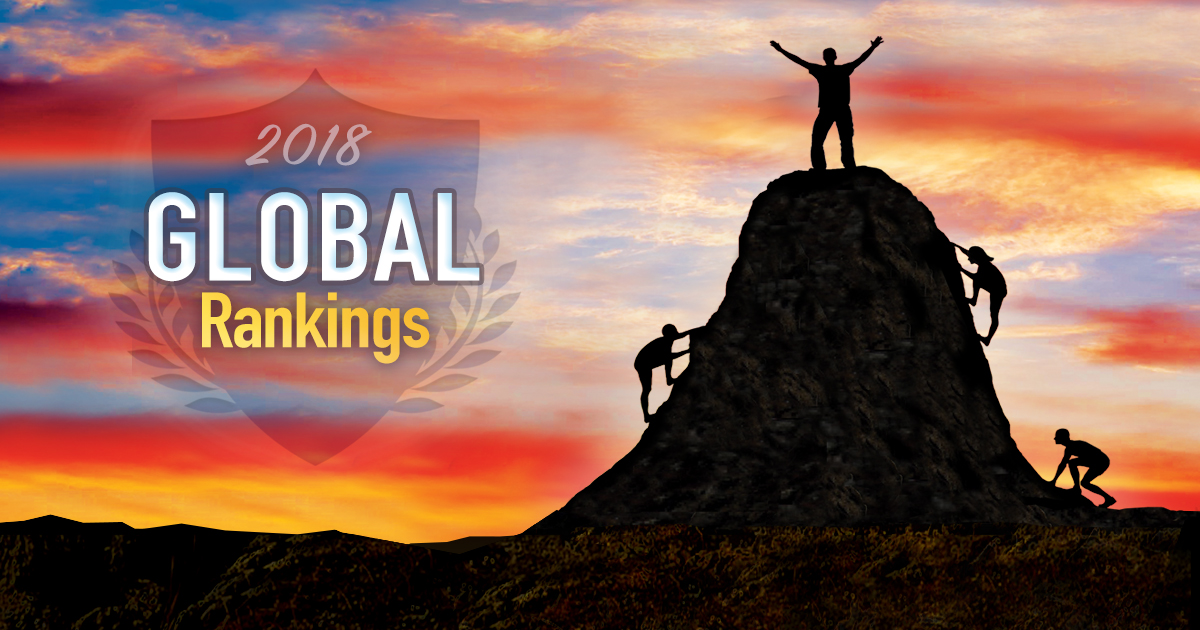 THE WORLD RAPIDLY IS GOING GREEN

A record 157 gigawatts of new renewable power were commissioned worldwide in 2017, up from 143 GW in 2016 and far out-stripping the 70GW of net fossil fuel generating capacity added last year. Solar alone accounted for 98GW, or 38 percent of the net new power capacity coming on stream during 2017. 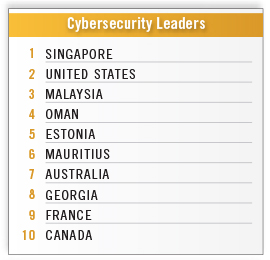 The proportion of world electricity generated by wind, solar, biomass and waste-to-energy, geothermal, marine and small hydro rose from 11 percent in 2016 to 12.1 percent in 2017. This corresponds to approximately 1.8 gigatons of carbon dioxide emissions avoided.

Global investment in renewable energy edged up two percent in 2017 to $279.8 billion, taking cumulative investment since 2010 to $2.2 trillion, and since 2004 to $2.9 trillion. The latest rise in capital outlays took place in a context of further falls in the costs of wind and solar that made it possible to buy megawatts of equipment more cheaply than ever before.

The leading location by far for renewable energy investment in 2017 was China, which accounted for $126.6 billion, its highest figure ever and no less than 45 percent of the global total. There was an extraordinary solar boom in the PRC in 2017, with some 53 GW installed (more than the whole world market as recently as 2014), and solar investment of $86.5 billion, up 58 percent. 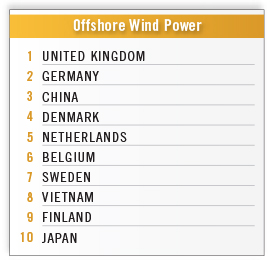 Renewable energy investment in the U.S. was far below China, at $40.5 billion, down 6 percent. It was relatively resilient in the face of policy uncertainties, although changing business strategies affected small-scale solar.

Europe suffered a bigger decline, of 36 percent to $40.9 billion. The biggest reason was a fall of 65 percent in U.K. Investment to $7.6 billion, reflecting an end to subsidies for onshore wind and utility-scale solar, and a big gap between auctions for offshore wind projects. Germany also saw a drop in investment, of 35 percent to $10.4 billion, on lower costs per MW for offshore wind, and uncertainty over a shift to auctions for onshore wind. The latter change was also one reason, along with grid connection issues, for a fall in Japanese outlays of 28 percent to $13.4 billion. 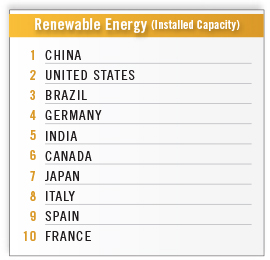 By the end of 2017, global renewable generation reached 2,179 GW worldwide. The yearly growth was around 8.3 percent, the average for seven straight years in a row, according to new data released by the International Renewable Energy Agency (IRENA). The agency’s Renewable Capacity Statistics 2018 report, which contains renewable energy capacity statistics culled from nearly 15,000 data points from more than 200 countries and territories.

“This latest data confirms that the global energy transition continues to move forward at a fast pace, thanks to rapidly falling prices, technology improvements and an increasingly favorable policy environment, said IRENA Director-General Adnan Z. Amin. “Renewable energy is now the solution for countries looking to support economic growth and job creation, just as it is for those seeking to limit carbon emissions, expand energy access, reduce air pollution and improve energy security.” 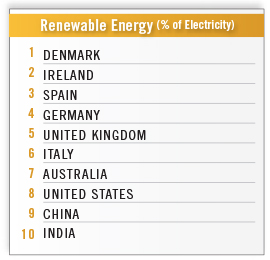 “Despite this clear evidence of strength in the power-generation sector, a complete energy transformation goes beyond electricity to include the end-use sectors of heating, cooling and transportation, where there is substantial opportunity for growth of renewables,” Amin added.

Solar photovoltaics (PV) grew by 32 percent worldwide in 2017, followed by wind energy, which grew by 10 percent. Underlying this growth are substantial cost reductions, with the levelized cost of electricity from solar PV decreasing by 73 percent, and onshore wind by nearly one-quarter, between 2010 and 2017. Both technologies are now well within the cost range of power generated by fossil fuels. 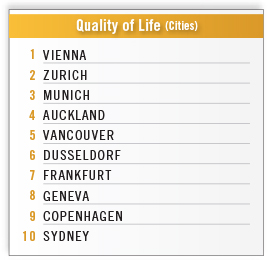 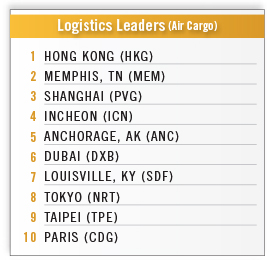 Hydropower: The amount of new hydro capacity commissioned in 2017 was the lowest seen in the last decade. Brazil and China continued to account for most of this expansion (12.4 GW or 60% of all new capacity). Hydro capacity also increased by more than 1 GW in Angola and India. 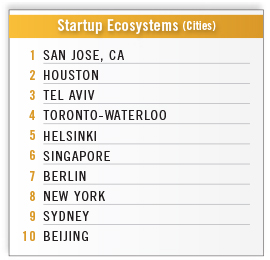 Geothermal energy: Geothermal power capacity increased by 644 MW in 2017, with major expansions in Indonesia (306 MW) and Turkey (243 MW). Turkey passed the level of 1 GW geothermal capacity at the year-end and Indonesia is fast approaching 2 GW. 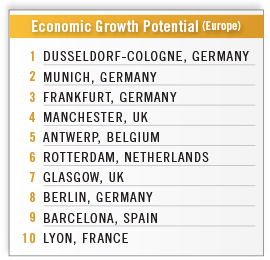 Offshore wind power: Europe and Scandinavia continue to lead the way in the installation of offshore wind farms. However, for a form of energy that has the potential to supply a significant percentage of the world’s energy needs, the amount of electricity currently being produced by offshore turbines still is microscopic, measured in megawatts rather than gigawatts; only four of the top 10 countries in our global ranking for offshore wind power have an installed capacity that exceeds 1,000 MW.

The United Kingdom tops the leaderboard in offshore energy, with 31 offshore wind farms (containing 1,753 turbines) that have a combined capacity of 6.835 MW.

While China, Europe and the United States accounted for nearly 75 percent of the global investment in renewable power and fuels, 2017 saw significant investment in developing country markets. When measured per unit of GDP, the Marshall Islands, Rwanda, the Solomon Islands, Guinea-Bissau and many other developing countries are investing as much as or more in renewables than developed and emerging economies.

U.S. NO. 2 IN COMPETITIVENESS

The United States took another step towards reclaiming the crown at the top of the World Economic Forum’s Global Competitive Index. The U.S. dominated this Index for decades until it was dethroned by Switzerland during the Great Recession. 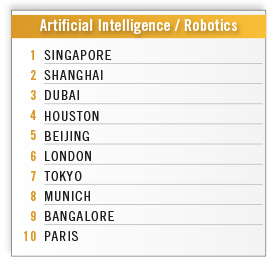 In the 2017-2018 index, the U.S. leapfrogged Singapore into second place and came within a fraction of an inch of toppling Switzerland at the top: America notched a cumulative Index score of 5.85, one tick behind Switzerland’s 5.86.

Also gaining ground was Hong Kong, which surged into sixth place in the Index, up from last year’s ninth place showing.

The executive summary of the 2017-2018 Index included a stark warning that the positive economic trends of 2017 may soon be threatened by dark clouds on the horizon.

“After a long period of low growth following the global financial crisis, the world economy appears to have picked up speed. This is welcome news,” the summary stated. “Yet despite this gradual improvement, policymakers in many countries are concerned about the prospects for long-term economic development. This is partly because the current expansion appears to be cyclical, bolstered by exceptionally low interest rates rather than by the fundamental drivers of structural growth. Productivity improvements appear to remain sluggish and are not expected to return to the levels experienced in past decades.”

This year’s Global Competitiveness report also includes a sobering analysis of the potential impact of hyper-fast  technological change on productivity, employment and the world economy. The WEF reached back two centuries to create a moniker for this global transformation: they’re calling it the Fourth Industrial Revolution. 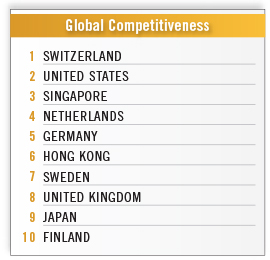 According to the WEF, the pace and disruptiveness of technological change are creating unprecedented opportunities and challenges that are set to be amplified by the convergence of digital, physical, and biological technologies that are characterizing the emerging Fourth Industrial Revolution.

These emerging technologies have immense potential to be a source of growth, but their future evolution is uncertain. A key challenge, WEF says, is how to unlock their potential in a way that benefits society as a whole given that they can profoundly reshape the national and global distributions of income and opportunities and lead to significant structural transformations.

Perhaps the biggest disruption will come from the number of jobs that are lost to automation, the report warns: “The effects of future technologies are unknown, but policy challenges related to current technologies illustrate the magnitude of the shifts. Job losses are expected as technology transforms manufacturing and services in the coming years, raising questions about how quickly new jobs will be created and about the future of economic development models based on exporting labor-intensive manufacturing products.”

The report notes that the technology frontier is expanding quickly, with recent breakthroughs in self-learning artificial intelligence fueled by the rising amounts of data being generated by mobile phones and sensors on machinery and equipment.

“Small and remote players can disrupt the status quo, while ever-tighter interconnectedness is creating increasingly complex systems,” WEF says. “As a result, technology is making the political and economic environment more asymmetric and uncertain. There are already clear signs that technology is contributing to labor market polarization, with a drop in the number of middle-skilled jobs and growth in both low- and high-skilled jobs. In many countries, distributional considerations have emerged as one of the most pressing challenges for policymaking on competitiveness and growth.

In other words, fasten your seat belts, it’s going to be a bumpy ride.