Kansas is the top-ranked state for the percentage of electricity generated from Wind Power, Georgia is the frontrunner among Film Production Leaders in Business Facilities‘ 16th Annual Rankings Report, released this week.

“Not since Dorothy tapped her red shoes together has the wind made bigger news in Kansas: The Sunflower State is our top-ranked state for the percentage of electricity generated from wind power,” BF Editor in Chief Jack Rogers said. 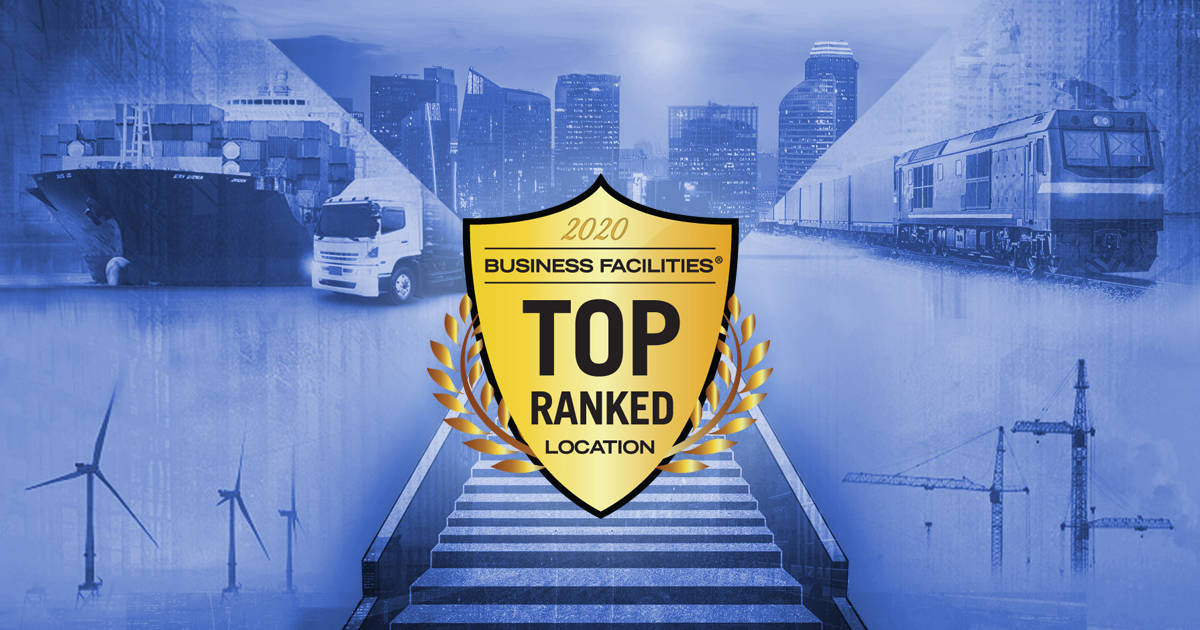 New York, New Jersey and Virginia are the three top-ranked states, respectively, in BF’s newly configured Offshore Wind Power category, a ranking based on the size of commitments (in megawatts) to build offshore wind farms by 2035. The Empire State is aiming to build more than 9,000 MW of offshore wind power capacity; second-place New Jersey has announced it will build its capacity up to 7,500 MW.

Rogers hailed as “an historic game-changer” Gov. Phil Murphy’s recent announcement that the Garden State has earmarked $400 million to develop the New Jersey Wind Port in Salem County. This first-in-the-nation infrastructure investment will provide a location for staging, assembly and manufacturing activities related to offshore wind projects on the East Coast, creating up to 1,500 jobs.

“The potential of offshore wind power is limitless,” Rogers said. “New Jersey has put down a marker that it intends to become a wind energy superpower.”

Georgia takes the crown in BF’s new Film Production Leaders category, a ranking of the states that are the top locations for motion picture and TV production. The Peach State’s burgeoning film production industry took in a record $2.9 billion in fiscal 2019, with 399 productions filmed in Georgia.