By Shana Daley
From the January/February 2015 issue

Along with the relocation, Matheson will build a new state-of-the-art air separation unit that will supply industrial gases to Sasol and Matheson’s existing pipeline and contracted customer base. In October 2014, Sasol announced a final investment decision for its $8.1 billion petrochemical complex consisting of an ethane cracker, six chemical plants and 500 new direct jobs in the Lake Charles area, where an estimated 2,395 new indirect jobs and 5,000 construction jobs will result.

Following that announcement, Sasol and Matheson entered into a supply agreement that will facilitate the latest expansions by both companies. Matheson will build, own and operate the air separation unit and pipeline complex serving Sasol, with cryogenic technology to be supplied by Matheson’s parent company, Taiyo Nippon Sanso Corporation. The Matheson project will retain 13 existing jobs and create 27 new direct jobs with an average annual salary of $76,900, plus benefits. LED estimates the Matheson expansion will result in another 104 new indirect jobs, for a total of more than 130 new jobs in the Southwest Region of the state. Matheson estimates the project will generate an additional 350 construction jobs during the build-out period.

Secretary Moret said, “Following our major project announcement with Sasol, Matheson provides a concrete example of the significant multiplier effects we expected would result in the Lake Charles area. These projects are a major boon to Louisiana’s economy, with Matheson’s investment further enhancing our state’s leadership in energy infrastructure. Louisiana’s combination of a best-in-the-nation business climate and world-scale energy solutions continues to attract globally competitive investors.”

The expansion site is located near Westlake, LA, at the junction of Old Spanish Trail and Evergreen Road, approximately one mile from Matheson’s existing site and next-door to Sasol.

“The construction of the new Lake Charles complex and the continuing relationship with Sasol not only demonstrate Matheson’s commitment to the region, but also our commitment to our long-term customer base,” said Nigel McMullen, Matheson senior vice president. “We are delighted with being chosen by Sasol to supply a portion of their industrial gases needs. Matheson’s investment will enable further growth in the merchant industrial gases market in Southwest Louisiana. The company will also establish a cylinder fill plant and retail store at the Lake Charles site, where it will offer cylinder gas, welding equipment, welding and construction tools, safety equipment and other merchandise.”

LED began discussing expansion possibilities with Matheson in December 2013. To secure the project, the State of Louisiana offered the company a competitive incentive package that includes utilization of the state’s Quality Jobs and Industrial Tax Exemption programs. Matheson operates 19 other air separation units, and the Lake Charles complex will feature its largest air separation unit in the U.S. to date. Matheson has begun initial construction activities and hiring for the expansion, with construction projected to be complete and commercial operations beginning in 2016.

“This announcement today caps off a banner year in industrial growth for Southwest Louisiana,” said President and CEO George Swift of the Southwest Louisiana Economic Development Alliance. “Not only does the Matheson Tri-Gas project add new jobs, it is the kind of agreement and working relationship that must happen in the market to make the industrial renaissance currently underway in Southwest Louisiana a reality.”

Founded in 1855 in New Orleans as the Miller Candy Corporation, Elmer Chocolate produces a wide variety of chocolates, caramels, truffles and crèmes, along with seasonal holiday favorites, such as Gold Brick®, Heavenly Hash® and Pecan Eggs. Elmer is the second-largest Valentine box chocolate manufacturer in North America.

Gov. Jindal said, “Elmer Chocolate is an iconic Louisiana brand whose chocolates are enjoyed by consumers around the globe. Elmer’s latest expansion is a testament to the company’s commitment to our state.”

Located in Ponchatoula for nearly a half-century, Elmer Chocolate will invest in new production technology to make the company more efficient and competitive in the marketplace. The latest expansion will bring its total plant size in Ponchatoula, including administrative headquarters and distribution facilities, to nearly 400,000 square feet.

LED began discussing a potential expansion with Elmer Chocolate in August 2014. To secure the project, the State of Louisiana offered the company incentives including a performance-based $550,000 forgivable loan to fund equipment purchases, along with the comprehensive solutions of LED FastStart—the nation’s top-ranked state workforce development program. 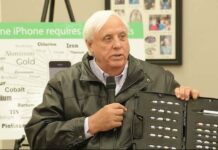