February 11, 2014
World-class infrastructure, a burgeoning energy sector and a cornucopia of available sites await expanding businesses looking for the perfect place to put down roots and nurture growth. 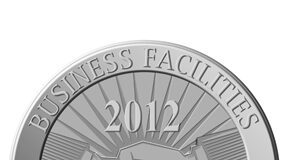 December 4, 2012
Hiring for the GTL and ethane cracker facilities will begin in 2014. Operations of the first plant are expected to start in 2017, with full employment reached within two years after commercial operations begin. Dec 4, 2012 @ 12:28 PM