By Katherine Noll and Trey Bolling

In 2022, we continue to see investor interest in taking advantage of the tax benefits afforded by investments in Qualified Opportunity Zone Funds (QOF) & (OZ Investment). In fact, we are fielding more and more calls about OZ Investments as more people become aware of the tax benefits, namely the tax-free disposition of a qualifying OZ Investment held for at least 10 years. Increased investor interest in 2022 was somewhat unexpected given that current law closed the door on the 15% and 10% basis step up available for OZ Investments made by December 31st of 2019 and 2021, respectively.

In light of this continued interest, businesses and investors looking to avail themselves of the potential tax benefits afforded by OZ Investments in 2022 as well as current OZ investors should be aware of several emerging considerations resulting from newly proposed bipartisan legislation.

S.4065 and its identical companion H.R. 7467 were introduced by Senators Cory Booker (D-NJ) and Tim Scott (R-SC) and Representatives Ron Kind (D-WI) and Mike Kelly (R-PA), respectively, in April 2022 as the Opportunity Zones Improvement, Transparency, and Extension Act (the “Act”). As alluded to by the title of the Act, among other things this bipartisan Act would improve the policy behind the existing opportunity zone statutes by allowing for fund-of-fund structures (i.e., one qualified opportunity fund investing in another qualified opportunity fund), increasing reporting requirements, extending the deferral period by two years (from 2026 to 2028), and modifying certain census tracts designated as Qualified Opportunity Zones (QOZ).

The Act provides for increased reporting by OZ investors and QOFs, requiring both qualitative and quantitative information about the underlying OZ investment to be reported to the IRS. For instance, information about the number of jobs created by a particular OZ investment would need to be reported, as would the timing of investments, the amount of investments, the nature of the investment (by requiring QOFs to report all NAICS codes applicable to the underlying business), and, in the case of residential rental property, the number of residential units. The Act gives teeth to these reporting requirements by imposing a penalty of $500 per day for each day the requisite reports have not been filed (subject to caps on the amount of the penalty depending on the gross asset value of the QOF). In order to serve as a check on whether OZ Investments are serving their intended purposes, the Treasury Department would be required to annually publish a report using the data reported to the IRS and to issue a comprehensive report the 6th and 11th year since implementation under the TCJA.

This is not the first time there have been legislative proposals to enhance reporting, and, accordingly, investors looking to utilize the tax incentives through OZ Investment should be aware of the likelihood they will be subject to increased reporting and stricter scrutiny than the current requirements. Although improving policy concerns, such increased reporting will likely lessen the appetite for some tax-motivated investors taking aggressive tax positions within OZ Investment structures.

Extend OZ Investment to 2028. Currently, investors with existing investments in QOFs must recognize their initially deferred gain at the end of the 2026 (as well as complete OZ Investment). Partly due to the two-year delay in finalizing the regulations implementing the requirements for OZ Investment, the Act would provide an additional two years of tax deferral opportunity by requiring the gain to be recognized at the end of 2028 (rather than 2026). One notable issue with the Act as currently drafted is that it does not include extension of the election period for making an OZ Investment, which, under existing law, must be made by the end of 2026. It is unclear if this omission was intentional, and, if not, would likely be a technical correction if the Act is adopted. If such an extension is added, investors would have an additional two years to make OZ Investments and have an additional two years before taxes are due on the invested capital gain.

In our view, an increased deferral period, investment timeline, and revival of the basis step up would certainly lead to additional investment in qualified opportunity zones.

Modification of QOZ Tracts. Likely in response to negative publicity surrounding some aspects of OZ Investment and the use of 10-year-old census data, the Act would also remove certain higher-income census tracts where the median family (MFI) income exceeds 130% of the national MFI (subject to limited exceptions). Notably, the Act requires the use of 2020 census data in disqualifying tracts, and therefore census tracts that qualified under the current law (which used 2010 census data) may be disqualified using 2020 data. The Act also provides a process for governors to appeal the removal of a particular high-income QOZ tract. For existing investments, the Act provides grandfathering rules that permit existing OZ Investments in a disqualified QOZ to continue to qualify under certain circumstances. If implemented, existing OZ Investment in the disqualified tracts will need to be particularly mindful of the requirements for pre-existing businesses and be prepared for Treasury to write new anti-abuse rules to prevent speculative investment from qualifying as a grandfathered pre-existing business. These changes will likely quell many concerns about high-income QOZs that were not within the original intent of the QOZ policy and achieve the goal of bringing capital investment in underserved communities.

Funds to Fund Investment. Currently, QOFs are not allowed to invest in other QOFs. The Act would permit “feeder fund QOFs” under certain circumstances. This revision is drafted to presumably lead to increased investment in disadvantaged areas since the legal and compliance costs associated with forming and structuring a QOF and a qualified opportunity zone business (QOZB) can sometimes be cost prohibitive for smaller projects. By allowing one QOF to invest in another QOF, project-specific start-up costs could be lessened and larger QOFs would ostensibly be able to make more investments across more projects. For instance, if the capital stack of a project is 95% complete and a QOF becomes interested in investing at the 11th hour, under current law re-structuring the deal to facilitate that QOF’s investment could sometimes be cost prohibitive in light of the 5% gap in the capital stack. By allowing a QOF to invest in a QOF already in the deal, those re-structuring costs could be avoided, increasing the social impact of the OZ Program as long as other market based QOF investment constraints can be satisfied.

Taken together, the Act will achieve certain policy objectives while expanding the ability for OZ Investment in several positive ways largely at the cost of increased reporting and information disclosure. 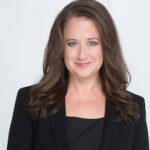 Noll is a shareholder in the San Antonio, TX office of Chamberlain Hrdlicka. She represents clients in a broad range of federal and multi-state tax planning and tax controversy matters. She is a Co-Chair of Chamberlain Hrdlicka’s Qualified Opportunity Zones practice, structuring transactions and advising clients on tax incentives to invest in economically disadvantaged communities. 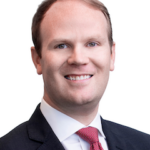 Bolling is a shareholder in the Birmingham, AL office of Dentons Sirote. He is a member of the Tax and Real Estate practice groups, where his practice focuses on tax and economic development incentives at the federal, state, and local levels, with a particular emphasis on qualified opportunity zones, historic tax credits, and state and local tax abatements.