In Rockwall, TX, Chewters Chocolates will open a state-of-the-art chocolate manufacturing facility in the Rockwall Technology Park. The company is expected to add 120 employees in Rockwall, and invest more than $40 million in the facility and advanced manufacturing and automation equipment.

“As our business grows in the U.S., finding a central manufacturing and distribution location that will allow us to effectively service our U.S. customer demand is critical,” said Chewters Chocolates CEO Richard Foley. “We look forward to breaking ground on this exciting build and working with the greater Rockwall community to bring this chocolate factory to life.”

Chewters plans to develop the 189,000-square-foot facility on a 10.6-acre tract of land in Phase II of the Rockwall Technology Park. It will feature up to four chocolate production lines, warehousing, office space, and a small retail store for direct consumer purchases of chocolate and Chewters / Chocxo merchandise. The company also plans to provide self-guided tours with glass viewing halls, giving visitors a chance to see up close the chocolate production process.

“We are tremendously excited to announce that Chewters Chocolates has selected Rockwall for their expansion,” said Rockwall Economic Development Corporation (REDC) President Phil Wagner. “First and foremost, their investment will serve to broaden the tax base for the City, County and School District – helping ensure we can continue to have high quality governmental services in Rockwall without all of the tax burden being placed on local residents. Beyond that, the retail store and plant tours Chewters will provide will bring a public element to the Tech Park that we have never had before.”

Chewters selected Rockwall after contacting the Office of the Governor of Texas and initiating a process to request proposals. The REDC responded to the request in January 2021, and by March 2021, Foley was in Rockwall for a site visit. Later that month, Foley wrote an Expression of Interest letter, stating his intent to build a chocolate manufacturing facility in Rockwall. By October, Chewters and the REDC had entered into a formal land acquisition, development, and incentive agreement.

“Exceptional companies are flocking to the Lone Star State because of our world-class business climate and unmatched, highly skilled, diverse workforce,” said Governor Greg Abbott. “Chewters Chocolates’ expansion into Texas is a major boon for our economy and the hardworking people of Rockwall, and I look forward to a continued partnership with the company as we create greater economic opportunities and brighter futures for all Texans.”

Chewters has hired design-build firm DB Constructors of Fort Worth to construct the new manufacturing plant. The facility is currently under design, while engineering and site plan approvals will be considered in the coming months. Chewters plans to break ground by the end of the year, with plans to be fully operational in the beginning of 2024. 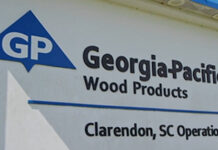