“Virginia has undertaken the most impressive effort in the U.S. to fill the national shortage of skilled workers in the data-centric sectors that are driving economic growth in the 21st century,” BF Editor in Chief Jack Rogers said. 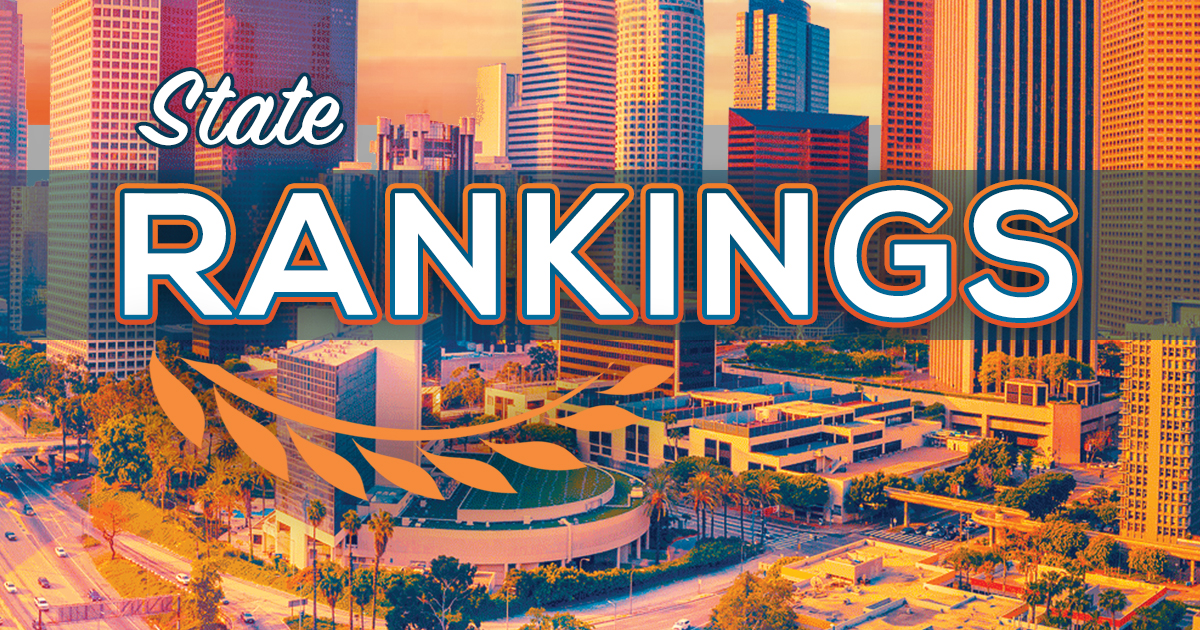 Virginia is injecting more than $2 billion into a Tech Talent Investment Program that cumulatively represents the largest state commitment to computer science education, aiming to create an additional 31,000 CS grads in the Commonwealth while strengthening CS programs beginning in K-12.

Virginia, home to the largest concentration of data centers in the world, also tops the leaderboard for Cybersecurity Leaders in BF’s 2021 State Ranking Report, followed by Texas, Maryland, Utah and Colorado in the top five, respectively.

The Tar Heel State snared the most coveted economic deal from the tech sector this year when Apple chose Research Triangle Park as the location of its first East Coast campus, a $1-billion project that will create 3,000 new jobs with an average annual salary of $185,000.

“The deal that North Carolina secured in winning the Apple campus is a template for equity-driven economic development,” Rogers said, noting that the tech giant has agreed to invest $100 million to support schools and community initiatives in the Raleigh-Durham area as well as $112 million to help rural areas in NC improve infrastructure so they can attract more businesses.

“This crown jewel of high-tech R&D will build a sustainable tech talent pipeline as it develops world-class facilities,” Rogers said. “As the home of NASCAR, North Carolina is no stranger to high-performance racing. NC has secured the pole position in a high-stakes contest for tech-sector hegemony.”

Texas tops BF’s new Semiconductors ranking, which tracks the states with the most productive chip fabs. The Lone Star State and Arizona, fourth on BF’s Semiconductors leaderboard, are frontrunners in the heated contest for Samsung’s $17 billion chip fab project, with the site expected to be announced next month. Arizona also joins the top 10 in BF’s Tech Talent Pipeline category, debuting at No. 9. in the new ranking.

In March, Intel announced it would invest an additional $20 billion in Arizona to build two new semiconductor fabs to meet the demands of a global semiconductor shortage that has crippled the automotive industry. The chip giant has invested $50 billion in AZ over the past 40 years, employing 16,000 people at facilities including Fab 42, Intel’s largest U.S. chip fab.

“As one of the fastest-growing states with an established tech talent pipeline and an innovation ecosystem that keeps churning out new semiconductor applications, Arizona is surging to the top in this critical growth sector,” Rogers said.

Business Facilities is a national publication that has been the leading location source for corporate site selectors and economic development professionals for more than 50 years. Business Facilities’ LiveXchange event will take place October 26-28 at the Westin La Paloma Resort & Spa in Tucson, Arizona.

Click here to read the full 2021 BF Rankings Report including all State, Metro and Global rankings.