The United States, Mexico, and the Caribbean have been bombarded by devastating and historic natural disasters the second half of 2017. Wildfires raged in the Western U.S., most recently in Northern California, spreading across the landscape with hurricane-force wind gusts. Early estimates are that 6,300 structures have been destroyed in Sonoma County, the most destructive fire in California history. Hurricanes Maria, Irma, and Harvey ravaged the U.S. and Caribbean, and were some of the strongest and most destructive hurricanes making landfall in U.S. history. Four weeks after Hurricane Maria hit Puerto Rico, 80% of the island remained without electricity, while hurricanes Irma and Harvey produced heavy winds with resulting storm surge that impacted much of Florida and coastal Texas. It is being reported that Harvey’s total cost of damage makes it the costliest natural disaster in U.S. history, resulting in a loss of 25,000 jobs in Houston alone.

Companies are asking themselves in the wake of these catastrophic and costly storms, are we adequately evaluating the risk of natural disasters when deciding where to locate new facilities? For manufacturers impacted by these events and facing recovery, the question is, should relocation be considered to avoid future disruption? Natural disaster risk is an important site selection factor that has the risk of being overlooked when evaluated alongside factors such as workforce and logistics.

With these recent reminders, natural disaster events can result in significant disruptions to a facility, not only effecting the facility itself, but the facility’s employees and the access to services necessary for employees to be able to engage in work. And localized disruptions can impact the functionality of entire industries. The pharmaceutical manufacturing industry has a large cluster in Puerto Rico with nearly 50 manufacturing plants on the island. While most facilities had back-up generators to receive consistent power, most employees could not resume work while facing challenges at home. It is expected that drug shortages will persist in the U.S. as manufacturers work to shift production, hoping that the appropriate redundancies are in place to overcome disruptions on the island.

Natural disaster risk should be considered throughout the site selection process, but it is especially important in the initial planning stages as the company identifies the key factors important to the project’s success. Factors such as workforce availability, proximity to suppliers and customers, and transportation accessibility are the most commonly considered factors. Factors are often evaluated in a geographic information systems (GIS) screening to visually map data sets to help identify Areas of Interest. This initial GIS screening is the optimal opportunity to incorporate natural disaster risk potential into a site selection evaluation. The types of natural disasters and weather events to include in the screen will depend on the region of the country that is being considered, though the most common are hurricanes, earthquakes, wildfires, and tornadoes.

Projects considering states along the Atlantic and Gulf coasts should evaluate hurricane risk in initial stages of evaluation. The National Hurricane Center tracks hurricanes by the wind velocity recorded for each event. To further illustrate the disruption associated with hurricanes, storm surge inundation can be evaluated using data provided by the National Oceanic and Atmospheric Administration (NOAA).

While some areas of the coastline do not see direct hits from high velocity storms as often as others, the risk associated with storm surge and flooding may cause just as much disruption to operations as the actual wind event, specifically as it relates to the failing of transportation networks, critical to linking facilities in coastal counties to their supply chain.

Earthquake ground shaking hazard is documented by the U.S. Geological Survey (USGS) by dividing land area into seismic (ground acceleration) zones based on historical events. In addition to the most well-known tectonic activity in California, other important zones to be aware of are in the Pacific Northwest, Southeast Missouri, and Salt Lake Valley in Utah.

Within the last 5 to 10 years, new seismic activity has emerged in the vicinity of oil and gas operations that inject fracking wastewater deep underground. Seismic activity being felt in Oklahoma and southern Kansas is human-caused and referred to as induced earthquakes. The recent nature of these induced earthquakes is not yet represented in risk zones being mapped based on a 50+ year historical basis by USGS.

Wildfires have proven formidable this year, completely decimating homes and businesses in Northern California and Montana. The impact to businesses located in the path of a wildfire is momentous, and the impact to entire industries, especially tourism, can be permanent.

While wildfires from natural causes can happen anywhere, climate conditions (low precipitation combined with high winds) cause the Western U.S. to be most susceptible. Wildfire events are tracked by USGS.

Covering the largest land area in the U.S. is the preponderance of tornadoes, striking most frequently from North Dakota to Texas and east to the Atlantic Coast. Tornadoes lead to significant property damage because of the high winds, hail, and thunderstorms associated with the tornado event. Tornadoes can be costly for manufacturers located in high risk areas because of the insurance premiums necessary to accommodate for the property damage potential. It is important to track both historical tornado tracks and strikes, but also the property damage that accrues from these storms. NOAA’s National Climatic Data Center tracks tornado activity, including property damage figures.

Site selection is all about reducing risk for companies. It is important to allow adequate evaluation of natural disaster risk at the beginning of the process. In addition to common factors like workforce, transportation, taxes, and regulatory environment, the risk of natural disaster activity is a significant potential cost that must be considered. The most frequently evaluated natural disasters in initial GIS screenings will include hurricanes, earthquakes, wildfires, and tornadoes. Depending on the region of the country being evaluated, other weather-related events to track include landslides, precipitation (especially snowfall), and high temperatures. As climate change continues to influence our environment, the risk of natural disasters becoming stronger and more frequent will only increase, heightening the importance of comprehensive evaluation in the site selection process. 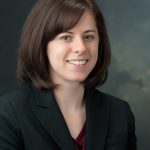 Amanda Taylor is a Senior Consultant and the Director of Research at McCallum Sweeney Consulting. With more than 11 years in economic development and site selection, Ms. Taylor has worked with major corporate clients, providing location expertise and incentives negotiation services. Ms. Taylor directs research activities at McCallum Sweeney, overseeing all aspects of data collection and analysis related to workforce, real estate, taxes, and incentives. She received a Master of City and Regional Planning from Clemson University, and bachelor’s degree in Economics and Geography from the University of Connecticut. She is an accredited LEED® Green Associate.