The Smithsonian Institution has been since its establishment in 1846 America’s official repository for our most significant historical and cultural artifacts, everything from the Wright Brothers’ airplane to the flag that inspired Francis Scott Key to write The Star Spangled Banner to Archie Bunker’s favorite chair. 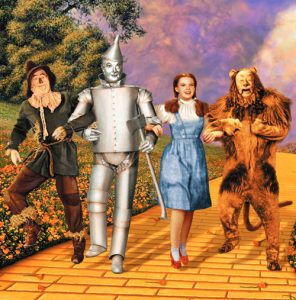 The Smithsonian’s holdings include more than 138 million items; an estimated 30 million visitors per year view the items that are displayed for public view. You don’t have to pay a penny to see them; admission to what is affectionately known as “the nation’s attic” always has been free.

The Institution was established with an endowment to the United States from the estate of the British scientist James Smithson, who died in 1829. Smithson’s will said he wanted his fortune (which was delivered to the U.S. in 105 sacks containing 104,960 gold sovereign coins that would be worth about $11 million today) to be used to create “an Establishment for the increase & diffusion of knowledge among men.”

Thanks to—wait for it—mismanagement by Congress, the Smithsonian Institution almost died before it could be born. While Congress spent eight years arguing about what exactly it was that Smithson wanted them to establish, his endowment was invested in U.S. Treasury bonds issued by the state of Arkansas, which promptly defaulted. The creation of an institution for science and learning was saved when former President John Quincy Adams, then a congressman from Massachusetts, persuaded Congress to restore the funds (with interest). In 1846, President James Polk signed legislation establishing the Smithsonian as a national trust. [Two years later, Adams collapsed at his desk and died on the floor of the House of Representatives].

Although it initially began as a center for scientific research, the Smithsonian quickly became the repository for an exponentially expanding collection of national artifacts. Today, about two-thirds of the Institution’s annual budget of $1.2 billion is federally funded, with the balance coming from the endowment, private and corporate contributions, and retail, publishing and licensing revenues.

But it now appears that $1.2 billion is not enough to keep all of the treasures in the nation’s attic from disintegrating. This week, the Smithsonian revealed that it increasingly will rely on the online crowdfunding technique known as Kickstarter to fund some of its preservation work. We wonder what James Smithson would think of the projects his Institution has chosen for their first crowdfunded preservation initiatives. Here’s a hint: they involve a couple of very popular cultural icons.

That’s not surprising, since Kickstarter is fueled by a booster rocket of impulsively rapid online donations. But what’s really eye-opening, in an unsettling way, is that the rapid success of the Smithsonian’s first dips into the crowdfunding pool—more than $850,000 raised from about 12,000 donors for two projects—apparently has made the Institution’s normally level head a bit giddy, inducing it to increase the scope of the two projects to, well, astronomical proportions.

Okay, we’ve kept you in suspense long enough: the Smithsonian Institution has announced it’s going to spend $300,000 to preserve the red slippers Judy Garland wore as Dorothy in The Wizard of Oz. You read that right, $300k in greenbacks to protect a 77-year-old pair of shoes that probably were purchased for less than $10 by the studio and haven’t been worn by anyone since Dorothy tapped them together in 1939. According to the Smithsonian, the paint on the arches of the shoes is cracked and flaking, but don’t bother sending them a $5 bottle of ruby red nail polish.

Richard Barden, the head of what we’ll call the Oz Footwear Preservation Project, wants you to know that Dorothy’s shoes are “complex artifacts that contain at least 12 materials, from steel to cotton.” Yeah, and our scotch-tape dispenser is a complex molding of engineered plastics mated with a transparent space-age adhesive attached to a steel cutting implement precisely sharpened to within .0001-percent of specification using a computer numerically controlled machine tool.

Barden’s team includes two conservators and five scientists at the Smithsonian who will study each material in the shoes individually for at least the next nine months, while a separate team of independent designers works up the blueprints for a special oxygen-free display case to house the restored shoes. According to Barden, the Oz Footwear Preservation Project “may take years” to complete. Since the project raised $165,614 from 3,000 donors in the first three days of its Kickstarter campaign, the yellow-brick road to completion apparently will be gilded.

Memo to the Scarecrow: we need another brain here, pronto.

Barden no doubt was emboldened to expand the scope of the red slippers restoration by the success of Smithsonian’s first Kickstarter campaign: the Institution’s National Air and Space Museum last year raised $719,779 from 9,477 donors to “conserve, digitize and display” the spacesuit worn by Neil Armstrong, the Apollo astronaut who was the first man to step on the Moon.

That’s right, they’ll be spending more than $700k to protect a spacesuit that was designed by NASA to withstand the rigors of a trip to the Moon. We’re gonna need more brains, Scarecrow.

Don’t get us wrong. We’re intrigued by the idea of supplementing national conservation efforts with direct funding from Americans via crowdfunding campaigns. We just think there are some projects that should be higher on the priority list than shining up Dorothy’s shoes. Here’s an example that comes to mind:

The National Park Service, which this year celebrated its 100th anniversary, currently has a $12-billion backlog of critical work that needs to be done to repair and maintain the 409 national treasures it manages. We’re talking about basic infrastructure like roads and trails, not major upgrades or fancy new facilities. Here’s a short list of the funding needed to undertake critical repairs at some of America’s crown jewels: $500 million at Yosemite, $330 million at the Grand Canyon and $478 million to keep our campers rolling on the Blue Ridge Parkway, just to name a few.

Let’s all tap our shoes together—and tap our touchscreens and keyboards—and make it happen.