Washington, DC Mayor, Muriel Bowser, announced in July 2015 that the District entered into a 20 year Power Purchase Agreement (PPA) with Iberdrola Renewables, LLC that will supply 35% of the District government’s electricity with wind power. This PPA is the largest wind power deal of its kind ever entered into by an American city.

“The District of Columbia is proud to lead the nation in the utilization of affordable, green energy that creates jobs right here at home,” said Mayor Bowser. “The District is well on its way to achieving the Sustainable DC goal of using renewables to satisfy 50 percent of DC’s energy supply by 2032.”

Under the PPA, the Department of General Services (DGS), which manages the District’s portfolio of government buildings, will purchase the entire output of Iberdrola’s South Chestnut 46 megawatt (MW) wind farm in southwestern Pennsylvania. This will supply Washington, DC with approximately 125,000 MW hours of emission free electricity every year—the equivalent electricity needed to power 12,000 District homes annually.

The wind power will be drawn from 23 turbines located on private property in three Pennsylvania townships—Georges, Springhill, and Wharton. Each turbine consists of an approximately 256-foot tall steel tower and three fiberglass blades about 140 feet in length, making the total height 404 feet.

“This deal marks a watershed moment for renewable power purchases in our country”, said Iberdrola Renewables vice president Barrett Stambler. “Not only is the District of Columbia giving its residents what they want, clean and sustainable power, they are getting that power at a very competitive price, helping ensure a secure energy economy for the next generation.”

Smart Cities Event Coming To The District
In September 2015, Washington, DC will be the site of the first major smart cities conference and exhibition to take place in North America. Developed by the Smart Cities Council, the event—Smart Cities Week—will demonstrate the exponential growth of smart city developments worldwide. Taking place September 15-17, the event will showcase how cities are using digital technology to improve urban livability, workability, and sustainability. 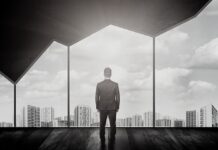