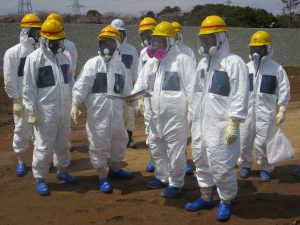 On April 26, 1986, an aging and poorly designed nuclear reactor exploded at Chernobyl in what was then the Ukrainian SSR and the world experienced its first Level 7 Event on the International Nuclear Event Scale. Level 7 is as bad as it gets.

The explosion and fire released massive quantities of radioactive particles into the atmosphere over much of the western USSR, Europe and Scandinavia. The Politburo hacks running the last vestige of the Soviet empire decided not to warn anyone for three long days until reindeer meat in Sweden started registering on Geiger counters and the truth could no longer be denied.

The Soviets claimed the official casualty count from Chernobyl did not exceed 31, which of course belongs in the dustbin of whopping Orwellian falsehoods issued by the USSR’s now-defunct Ministry of Information. It took hundreds of firefighters, most of whom were not equipped with radiation suits, to put out the fire at Chernobyl so work could begin to entomb the melted reactor core. Nearly 500,000 workers toiled for months to erect a concrete sarcophagus around the shattered and woefully inadequate structure that had been Chernobyl’s containment vessel.

We’ll probably never know how many of them died hideously within days from radiation poisoning, or slowly over the years from radiation-induced cancer. It’s also hard to tally the collateral damage from Chernobyl, but here’s an example that can serve as a starting point for extrapolations: thousands of Latvian children — a small Baltic nation whose people have a natural iodine deficiency — eventually developed thyroid cancer because their bodies eagerly absorbed unnatural radiation from Chernobyl.

For more than 25 years, Chernobyl stood as a stark warning that the panacea of cheap electricity from nuclear power came wrapped in a deadly package that always is one breach from global catastrophe. Even before Chernobyl blew up (and since), there has been no long-term solution for the problem of where to put a growing radioactive stockpile of spent fuel rods. So we’ve built up smoldering clumps of the stuff all over the world, atom bomb-ready waste with a radioactive half-life of 50,000 years. But after Chernobyl, one could at least hope that adequate precautions would be taken to prevent a repetition of the 1986 disaster.

Japan apparently did not get the memo. On March 11, 2011, an earthquake spawned a monster tsunami that flooded the Fukishima Daiichi nuclear complex on Japan’s northeastern Pacific Coast.

It was never a good idea to build nuclear power plants in a nation that has experienced more earthquakes than any other, but we can understand how energy-starved Japan concluded the risk was worth it. It’s much harder to fathom how they could decide to put no less than six nuclear reactors in a facility standing just a few yards from the ocean, with a low-lying wall its only protection, no back-up cooling system if ground-level generators failed and an open pond on the roof for storage of spent fuel rods.

It made no difference to the outcome that half of the reactors at Fukushima had been shut down or defueled when the disaster hit. When the cooling system was overwhelmed and disabled by the tsunami, the three remaining reactors overheated and began to melt.

As at Chernobyl, brave firefighters were given the suicidal task of putting out fires and workers rushed in to spray the red-hot reactor cores with water. You might assume they simply hooked their mobile pumps up to the largest supply of water in the vicinity — the ocean — but you’d be wrong. The intrepid managers of the Tokyo Electric Power Company (TEPCO), Fukushima’s operator, delayed this critical step for days because they knew saltwater would permanently destroy their expensive reactors.

The TEPCO managers assured the world they had the situation under control, until the meltdown breached metal cladding surrounding the fuel rods in the reactor cores and touched off huge hydrogen air-chemical explosions in units 1 and 3. Because reactor 3 was connected to reactor 4 by piping, the latter also exploded. The explosions occurred at the top of each unit, known as their upper secondary containment structures, so an open pool containing nearly 1,000 spent fuel rods also began to heat up. TEPCO’s hapless crisis managers couldn’t have done a more thorough job if they’d invited Godzilla to walk in and kick the place to smithereens. And so the world’s second Level 7 Event commenced.

We’ll skip over the details here of the near-term consequences of the Fukushima disaster, including a still-incomplete tally of casualties, a 20-square-kilometer evacuation and widespread radioactive contamination of crops and water supplies. Japanese officials maintain the overall release of radiation at Fukushima still totals only about a sixth of what escaped from Chernobyl, but in a sad echo of the cataclysm in the Ukraine they’ve been rebutted by the silent testimony of test results which show that more than 36 percent of the children in the Fukushima Daiichi region are now experiencing abnormal growths in their thyroid glands.

While the near-term picture has been terrible, a recent report on the front page of The New York Times tells us the long-term prognosis for Fukushima may be even worse. Our second Level 7 Event will be with us for a long, long time and it is likely to eclipse Chernobyl in terms of its overall impact.

According to the Times report, ongoing efforts to keep the three melted reactors at Fukushima from overheating — by pouring water into the wreckage of the reactors at a rate of 75 gallons per minute and then pumping it out so it doesn’t swamp a makeshift cooling system — have generated a flood of highly radioactive wastewater.

Focused as they understandably have been on stabilizing the damaged reactor cores, the TEPCO team — yes, they’re still in charge — apparently hasn’t figured out a permanent solution for the larger problem of what they’re going to do with the growing ocean of radioactive wastewater they’re creating on a daily basis. In the two years since the tsunami, the Times reports, an army of workers has filled huge silver storage tanks that have been set up on 42 acres of parking lots and lawns surrounding the Fukushima complex. Each tank holds the equivalent of 112 Olympic-size swimming pools of highly radioactive water.

Unable to develop a more sustainable solution, TEPCO’s managers have belatedly admitted they’ve now run out of space to store the wastewater and the situation is — cringe alert — “an emergency.”

So TEPCO has sent out an all-points bulletin for tree-cutters. They plan to chop down a forest on the southern edge of the Fukushima complex to make room for hundreds more tanks. While they’re looking for Paul Bunyan-types with axes, the TEPCO team also has to figure out what caused a 29-hour power failure in the makeshift cooling system at the crippled complex, a system they had proclaimed was failsafe.

The Times’ description of the makeshift cooling system in use at Fukushima reads like a script for a disaster movie. A snakelike maze of pumps, filters and pipes crawls for more than two miles along the ground through the complex. The pool for storing spent fuel rods remains precariously perched on the roof of one of the damaged reactor buildings while TEPCO tries to figure out how to safely move them (and where to put them).

The status quo is bad enough to contemplate, but did we mention that the Fukushima Daiichi complex sits on one of the most active earthquake fault lines on Earth just a few feet from the Pacific Ocean? The last time we checked, the planet was still geologically active and Fukushima has even less protection than it had before the 2011 tsunami. While they were busy not figuring out what to do with the wastewater at Fukushima, TEPCO reportedly rejected a proposal to build a concrete wall more than 60 feet into the ground to surround the complex and block water from reaching the reactors and turbine buildings. Instead, they erected plastic- and clay-lined underground pits around the buildings which quickly developed leaks.

TEPCO apparently assumed it eventually would be able to resolve the entire problem by routing tons of wastewater — after filtering out 62 different types of radioactive particles, including lethal strontium 90, they assured everybody — into a nearby repository that has more than an adequate capacity to absorb it. That would be the Pacific Ocean. Fortunately, the outcry provoked by TEPCO’s admission they secretly vented a limited amount of wastewater into the ocean in 2011 has forced the Japanese government to prohibit any further dumping into the Pacific. But you might want to skip the fish platter the next time you order dinner in Honolulu.

Shunichi Tanaka, chairman of Japan’s recently created Nuclear Regulation Authority (yes, they didn’t have one, and the one they created only has nine inspectors), told the Times his concern is rising that another meltdown cycle is looming. He’s suggested that perhaps it’s time to take the cleanup responsibility away from TEPCO and bring in some experts. (We’re very tempted to draw an analogy here with the global financial crisis and the banking industry, but a simple “Duh!” will suffice).

We hate to end these reports on a down note, without making a useful suggestion or two. So here’s our two cents worth: for decades, the oil industry has had an international team of disaster experts on standby, ready to jump on a plane and race to the scene when a wellhead blows up. These wildcats risk life and limb to cap humongous torches of crude. They are the best in the world.

If we’re going to continue to satisfy our insatiable appetite for electricity by setting off nuclear reactions in tons of enriched uranium and plutonium fuel rods in concrete barns — while filling the planet with deadly radioactive garbage dumps — would it be too much trouble to organize an international SWAT team of nuclear experts to dispatch when one of these plants blows up? 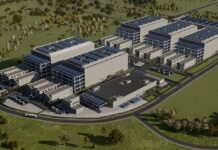 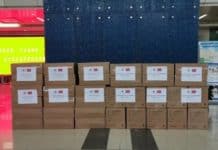