The study measures the combined impact of 26 significant cost components that vary by location, over a 10-year analysis horizon commencing in 2012. The study compares 19 different business operations, including three operations that are new in 2012—advanced battery/fuel cell manufacturing, video game production and international financial services.

The bottom line results compare the nine mature countries and five high growth countries based on the combined results for 19 different business operations.

The four largest US metro areas—New York City, Los Angeles, Chicago and Dallas-Fort Worth—form the US baseline against which costs for major cities in other countries are compared to determine the national results.

Among mature markets, the United Kingdom, the Netherlands and Canada are the low-cost leaders, with business costs five percent or more lower than the United States. Favorable results for the UK and the Netherlands are due, in part, to devaluations of the euro and the pound resulting from the European debt crisis.

Australia’s business cost structure is 3.7 percent higher than the United States, while Japan has the highest cost structure at 9.4 percent above the US. Relative costs in both of these countries have risen in recent years due to the strong appreciation of their currencies relative to other major world currencies. 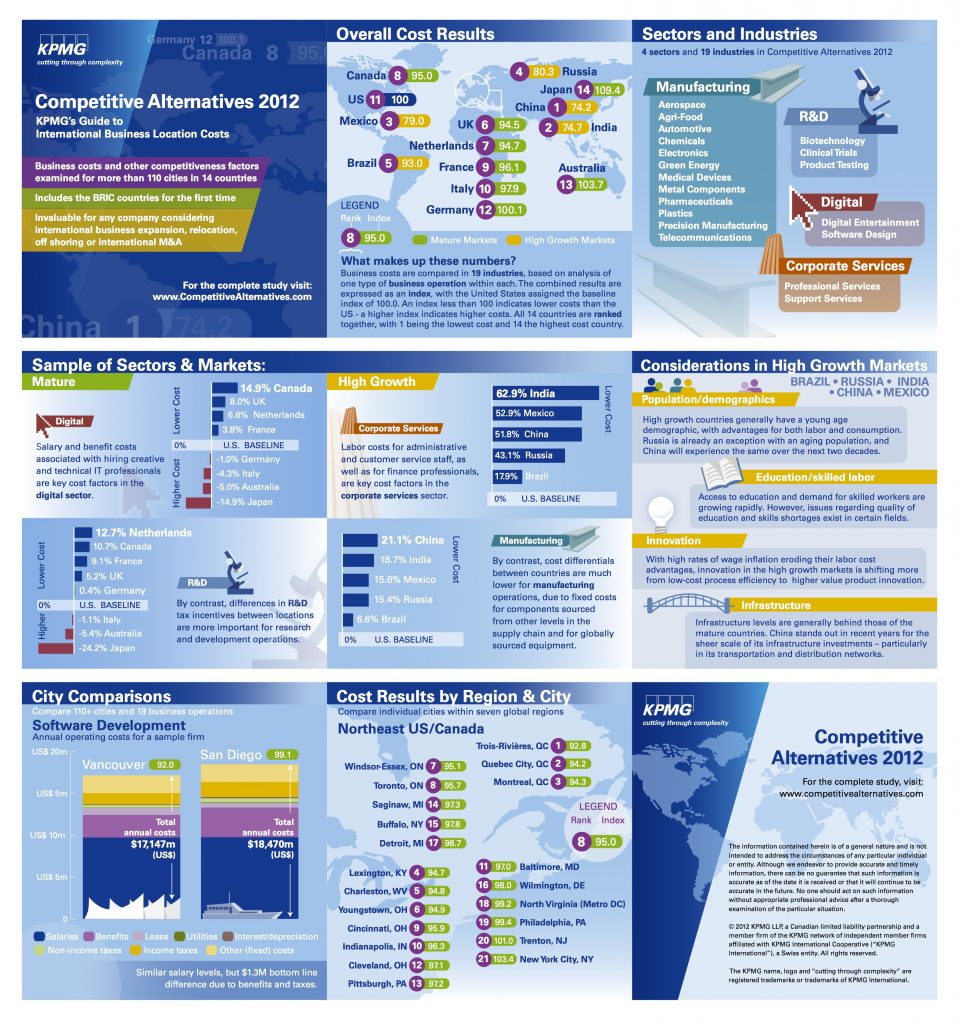