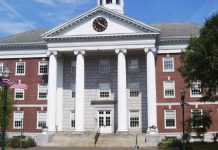 New York, Much Bigger than the Big Apple

Business Report July 1, 2009
From the hustle and bustle of New York City to the rich and diverse regions that span the state, New York is an attractive location for new and emerging businesses.

A New York State of Mind

Location Focus April 1, 2009
The Empire State still has "the economy that never sleeps", a powerful global hub of commerce, finance, culture and entertainment.

Industry Focus July 1, 2008
As food prices soar, sustainability becomes more than just an environmental buzzword—it's the key factor in choosing a new location with access to raw materials and a customer base.

Location Focus April 1, 2008
From medical centers to ethanol plants and agribusiness to high technology, New York offers a fertile empire where various industries grow alongside each other.