Economic Development Deal of the Year

Economic development creates opportunities to grow state, local and metro areas, which are essential for economic growth, improved quality of life and community development. Economic Development Deal of the Year articles below.

February 11, 2021
Dozens of transformative high-tech projects vied for our 2020 Deal of The Year Award. The Tesla Gigafactory lands the biggest prize for Greater Austin, TX.

February 11, 2021
Louisiana, a giant in the production of fossil fuels, is busy preparing for a green future with a $9.2-billion complex that will make diesel from renewable feedstocks.

February 13, 2019
Detroit’s iconic Michigan Central Station will be restored to greatness as the centerpiece of Ford’s new 1.2 million-square-foot Corktown campus and mobility hub.

February 13, 2019
With more than 40 projects to choose from in our 2018 Deal of the Year competition, our judges had to put in overtime to designate 10 worthy recipients of our Honorable Mentions.

February 14, 2018
This year’s competition was chock full of big-ticket projects and locations that pulled out all the stops to land them, so our judges convinced us that 10 of them deserved Honorable Mention Awards.

February 15, 2017
The Volunteer State’s leadership position in our automotive rankings keeps getting stronger, as GM doubles down on its investment in Spring Hill, TN.

February 15, 2017
A partnership with Georgia’s university system and the availability of a skilled, high-tech workforce brings Honeywell’s new software development center to Atlanta.

February 15, 2017
The blue-ribbon judging panel for our 2016 Economic Development Deal of the Year competition had so many great projects to evaluate, they bestowed a record seven Honorable Mention Awards.

February 2, 2017
Business Facilities' January / February 2017 issue features the winners of our annual State of the Year and Economic Development of the Year awards, Plus, auto manufacturing, food processing, and data centers, and we celebrate 50 years of building inspiration.

March 3, 2016
The Bronze Award winner in BF’s 2015 Economic Development Deal of the Year competition will generate an estimated $17.7 billion in economic impact for the region over the next 10 years.

Deal of the Year: Silver Award Goes To South Carolina Department of Commerce 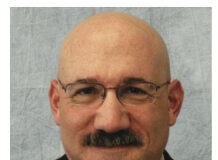 February 23, 2013
As always, we congratulate the winners in our 2012 Economic Development Deal of the Year competition. From the January/February 2013 issue

February 17, 2012
The larger format will enable us to deliver our most comprehensive package of insightful features to date. We also will be introducing some new departments that will expand the scope of our coverage, while maintaining the level of expertise you have come to expect from a national publication that has been an industry leader for four decades. From the January/February 2012 issue.