Shandong Ruyi Technology Group (Ruyi) will invest $410 million in the former Sanyo manufacturing facility in Forrest City, AR. Ruyi, headquartered in Shandong Province, China, will create up to 800 new jobs at the facility, where Arkansas cotton will be spun into yarn for textile use. This is Ruyi’s first facility to locate in North America. 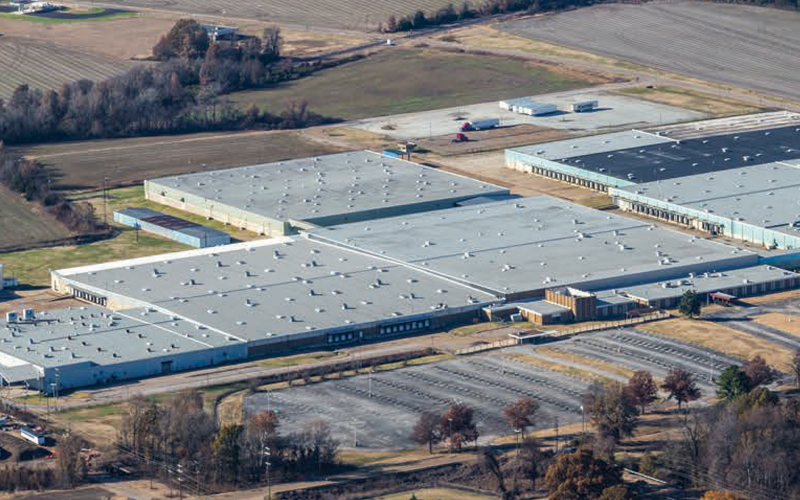 “Ruyi Group, as the largest textile manufacturer in China, has been expanding globally,” said Ruyi Chairman Yafu Qiu. “Our manufacturing facility in Arkansas will become the first milestone of Ruyi’s steps into the United States. We are dedicated to provide the product with cutting edge technology and superior quality.”

Ruyi’s renovations on the former Sanyo building are scheduled to begin in late 2017. The Sanyo facility has been vacant since late 2007 when the company shut down production in Forrest City.

“Ruyi’s decision to locate in Forrest City brings with it up to 800 new jobs along with a significant economic impact on Arkansas’ cotton farmers,” said Governor Asa Hutchinson. “Our business missions to China, along with ongoing work to build relationships with the country’s business leaders, have now resulted in numerous companies from China announcing plans to locate operations in Arkansas. From Sun Paper to Tianyuan Garment Company to Ruyi, we have established the state as a leader in foreign direct investment from Asia.”

Arkansas has offered Ruyi up to $4 million in grants, depending on how many jobs are actually created. As part of the Create Rebate program, the company will receive an annual cash rebate that is equal to 5% of total payroll associated with the new jobs created for 10 years. The state’s Tax Back program will provide the company sales tax refunds on building materials, taxable machinery and equipment associated with the project.

“When looking to expand into North America, world-class international companies continue to choose Arkansas,” said Mike Preston, executive director of the Arkansas Economic Development Commission. “The hundreds of jobs to be created by Ruyi will have an economic impact beyond eastern Arkansas into the entire state. Today’s announcement is further proof of Arkansas’ international momentum.”

“This project is tremendously important to Forrest City and St. Francis County not just for the great jobs it brings to our region, but also for the value to the cash crop on which the Arkansas Delta economy has been based for more than 100 years,” said Kay Brockwell, economic development consultant for Forrest City. “Our cotton already goes around the world to clothe people, and now our growers will have the security of a market for their crop right here at home. There is great significance in the fact that the continuing globalization of the Delta will go hand in hand with our rich and proud agricultural history.”

Relocating or Expanding Your Business In Arkansas