The recent news out of Florida offers a case study for governors who want to make economic development a centerpiece of their administrative agenda. A case study in how not to do it, that is. 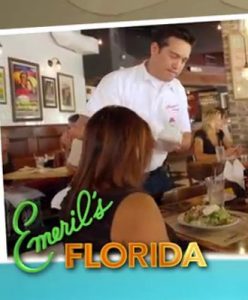 For the past couple of years, Gov. Rick Scott has been beating his drum for large-scale funding for his Quick Action Closing Fund. Scott wanted the FL Legislature to put $250-million worth of deal-making incentives under his control. He said he needed this kind of firepower to compete with similar funds used by other large states to land big-ticket projects, most notably Texas, whose governor calls the shots in deploying the money-rich Texas Enterprise Fund.

You’d think a guy running Florida would be able to spot an approaching hurricane, but Scott apparently missed the warning signs.

Instead of rubber-stamping the FL governor’s proposals, the leaders in the FL Legislature put all of the existing state economic development efforts under a microscope. This month, the Legislature delivered its verdict: a state budget that passed with an overwhelming veto-proof majority took a meat ax to Florida’s primary economic development and tourism promotion programs.

The FL legislators reduced the annual appropriation to maintain general operations at the business-recruitment agency Enterprise Florida to $16 million, down from $23.5 million in the current year. For the second consecutive year, the state budget did not include any money for Scott’s Quick Action Closing Fund, a humiliating slap in the face for the governor, who had reduced his original request to $85 million to try to rescue the program.

The state budget approved by the Legislature also slashed funding for Florida’s primary tourism agency, Visit Florida. Scott had requested $100 million for the agency, but it will only receive $25 million for the fiscal year that starts July 1, less than a third of the $78-million appropriation it received for the current year.

To be fair to Gov. Scott, the reduction in tourism spending was the result of some high-profile scandals that have enveloped Visit Florida in recent months. The most notorious kerfuffle erupted over $11.6 million the agency spent to sponsor a TV cooking show featuring the celebrity chef Emeril Lagasse visiting eclectic restaurants in Florida.

According to a report in the Naples Daily News, Brand USA, a marketing partnership set up by the former head of Visit Florida, Christopher Thompson, received $9.1 million to arrange the sponsorship deal with Emeril’s show. The Daily News report alleges that the Visit Florida exec who approved the deal with Brand USA had been hired by Thompson when he ran the agency.

Visit Florida also was criticized for ongoing sponsorship deals with the London-based Fulham Football Club and an IMSA racing team. Perhaps the final nail in the agency’s budget coffin was hammered in by the backlash to its secret promotional deal with the rapper Pitbull. The FL House filed a lawsuit to void the deal with Pitbull when it learned that he would be paid $1 million to be the new public face of Florida’s tourism industry. In the wake of the lawsuit, Pitbull, who hails from Miami, withdrew from the contract.

Gov. Scott responded to the budget cuts (which he claimed were passed “in secret”) by churlishly declaring that they put Florida on the sidelines of “the game for economic development.”

Scott added that the tourism industry, which is tied to one in every six Florida jobs, now is in jeopardy of a decline in jobs. “If you have a job in tourism, your job is at risk,” he told SunshineStateNews.com. “You’re going to see job loss.”

Take a chill pill, governor. Your wounded pride is not a cause to declare the End of Days for growth in the Sunshine State.

Florida’s economic revival during Scott’s tenure as governor has been impressive. The state is home to one of the nation’s leading aerospace sectors; despite cutbacks in federal spending on the U.S. space program, FL’s Space Coast is reinventing itself as a high-tech hub. Florida’s healthcare sector is thriving, and emerging growth sectors are popping up across the state. And yes, tourism is at an all-time high (the number of tourists visiting FL has steadily increased, from about 88 million in 2011 to nearly 113 million last year).

While the FL Legislature swung the pendulum too far in the opposite direction with its Draconian cuts to ED and tourism spending, we don’t think this short-term blow will be fatal to the prospects for continued growth in a state with strong economic fundamentals. Instead of wallowing in his defeat, Gov. Scott needs to make a better case for the value of economic development incentives in a highly competitive market for new projects. He also needs to respect the FL Legislature’s demands for transparency and to clean up conflicts of interest wherever he finds them.

Memo to Gov. Scott: get back in the game.