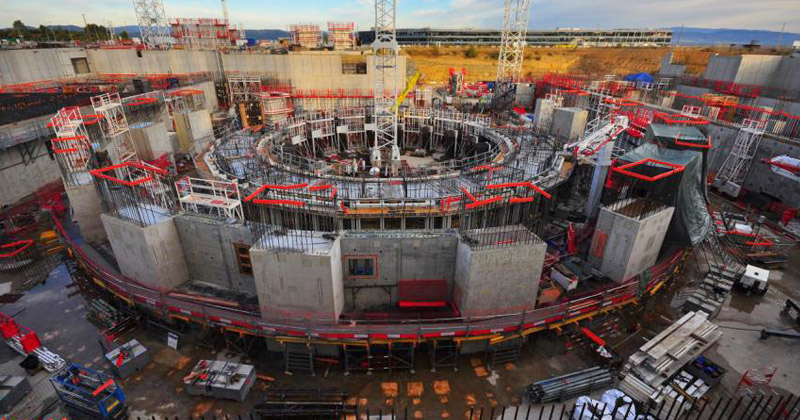 Last month, on Earth Day, the United Nations staged a touchy-feely signing ceremony for the Paris climate accord, an agreement reached by 175 nations in December that aims to curb the relentless rise of man-made carbon emissions and keep average global temperatures from increasing more than 3.6 degrees Fahrenheit, the consensus tipping point for irreversible global warming. 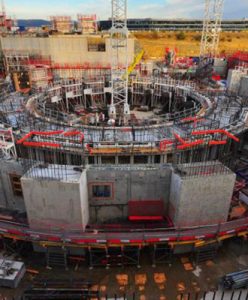 Oscar-winning actor Leonardo Dicaprio made an impassioned speech imploring world leaders to save the planet. U.S. Secretary of State John Kerry brought his granddaughter, who sat on his lap while grandpa signed the historic accord.

Okay, let’s get the inconvenient truths out of the way before we dig into this: the voluntary carbon emissions limits enshrined with great pomp-and-circumstance at the UN are nothing more than a high-profile bit of diplomatic buck-passing.

Under the Paris agreement, China, the world’s biggest carbon polluter, is allowed to increase its carbon emissions for another 15 years. The PRC currently is building more than 200 new coal-fired power plants that will generate 190-gigawatts of electricity; China has plans for an additional 200 carbon-spewing utilities. At the very moment Kerry impressed his granddaughter at the UN, there were at least 1,200 new coal-fired plants on the drawing boards worldwide, according to energy consultants IHS Energy. Coal is still King in developing nations, including rising giants like China and India (although, to be fair, we note that China is now discouraging placement of new coal plants near its pollution-choked large cities and has made a huge investment in alternative energy as a post-2030 power source).

The day after the Earth Day hoopla at the UN, the World Bank and the International Monetary Fund—institutions not normally associated with setting policy on energy-related issues—reminded everyone that the Paris climate accord will have little or no impact unless it’s backed by a global tax on carbon. The leaders of the World Bank and the IMF bluntly declared it’ll be impossible to avoid the worst effects of climate change unless all fossil-fuel polluters are forced to pay for the carbon dioxide they emit.

“To our economists, who have been studying this for quite some time, there is an obvious consensus that putting a price on carbon pollution is by far the most powerful and efficient way to reduce emissions,” Jim Yong Kim, the World Bank’s president, said in a newspaper interview. “We strongly urge people to prepare for the carbon pricing that is to come.”

The World Bank has created a Carbon Finance Unit to give financial and technical assistance to countries that are creating a system to put a price on carbon, either through a straight tax on fossil fuels or as a “cap-and-trade” system that sets limits on overall carbon emissions and then allows companies to buy and sell emission allotments sold by the government. The World Bank says it’s already working with 18 countries with emerging economies, including China, which has received an $8-million grant to develop the largest cap-and-trade program. South Africa and Chile also have received grants; Ethiopia, Ivory Coast and Panama reportedly are in the process of creating carbon-pricing systems.

But let’s be real: global carbon taxes won’t happen without the U.S. leading an effort to implement them. In the late 1990s, the political climate in America was ripe for a national discussion about cap-and-trade, a market-based solution that appeared to have bipartisan support. Then Nino Scalia’s vote against Al Gore put a guy from the oil bidness in the White House, cap-and-trade moved off the national agenda and the Great Recession pretty much ended the discussion. This year, one of the two presumptive nominees for president recently ran around West Virginia telling coal miners he “loves” coal and plans to reopen shuttered mines and keep coal-fired plants lit in America.

But since we like to end our posts on an upbeat note, we’ll mention a project that has the potential—if they can build it fast enough and the technology actually works—to win the war against climate change.

It’s name is ITER, which is short for International Thermonuclear Experimental Reactor. ITER is a $16-billion effort—backed by the United States, the European Union, India, China, Russia, Japan and South Korea (the EU is paying 45 percent of the cost)—that aims to build the world’s first full-scale power plant generating electricity from nuclear fusion, the kind of energy thus far only continuously generated on the Sun.

Now rising on a site in the south of France, ITER will become the world’s largest magnetic confinement plasma physics experiment. Since we don’t want your hair to stand up like Einstein’s, we’ll skip the intricate technical details. Simply put, the ITER fusion reactor has been designed to produce 500 megawatts of output power for several seconds while needing only 50 megawatts to operate. Thus far, smaller-scale fusion reactors have not been able to produce more energy than the amount used to initiate the chain reaction.

For several decades, a self-sustaining fusion reaction that generates electricity has been the Holy Grail of technology achievements, promising an unlimited source of pollution-free energy for everyone on Earth. Construction on the ITER complex started in 2013 and originally was scheduled for completion by 2019, but recent reports indicate that the project is at least five years behind schedule and full-scale experiments may not be undertaken before 2027.

So it’s a race against time, folks, with carbon emissions and ITER rising on roughly the same timeline. Let’s all hope our fusion-energy future arrives before it’s too late to make a difference.