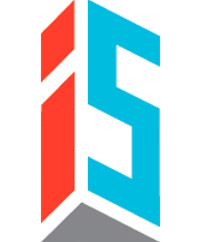 The smartest locations are bringing their higher education resources together with leading-edge startups to dramatically reduce the amount of time it takes to get breakthroughs from the lab directly to market.

We’re pleased to report that the folks in the San Marcos, TX region have taken this trend to the next level. This Thursday, the Greater San Marcos Partnership (GSMP) will host its third annual Innovation Summit, highlighting research with commercial applications coming out of nearby Texas State University. Innovation Summit 2016 also will showcase student entrepreneurs at Texas State who aspire to be the business leaders of tomorrow’s growth sectors.

Claire England, executive director of Central Texas Angel Network (CTAN, the largest network of angel investors in the Lone Star State) will deliver the Keynote at Innovation Summit 2016, which takes place at the Embassy Suites hotel in San Marcos. CTAN, a non-profit, member-based organization, has invested more than $68 million in early-stage capital to 120 companies since 2006. CTAN also mentors entrepreneurs and connects them to critical business resources.

In the keynote, England will provide expert insights into angel investing and attracting capital to the Greater San Marcos region, highlighting best practices for bringing in seed money for new ventures. As CTAN director, England has championed the growth of a rapidly expanding business corridor between Austin and San Antonio.

“Innovation has no geographic boundaries and the corridor between Austin and San Antonio is poised to see growth in the startup industry thanks to Texas State University and a rapidly expanding business corridor,” England said, in a recent statement. “Maintaining the momentum will depend heavily on the region’s ability to both attract capital and entrepreneurs.”

The Greater San Marcos Partnership won an Honorable Mention Award in Business Facilities‘ 2015 Economic Development Deal of the Year Awards competition for Amazon’s new fulfillment center, which will create more than new 1,000 jobs (the largest job-creation announcement in the history of San Marcos). Amazon will spend $191 million to build and equip the fulfillment center in return for a 15-year package of economic incentives that includes property tax reductions and sales tax rebates on any local purchases made by the company.

GSMP is the 501c6 regional economic development organization serving the city of San Marcos, and Hays and Caldwell Counties focused on positioning the region for a wider diversity of quality jobs for all with higher wages. The GSMP mission is to promote sustainable, responsible and comprehensive economic development in the greater San Marcos region by implementing a five-year economic development strategic plan. Visit greatersanmarcostx.com for more information.