By Ed Felton
From the May/June 2014 issue

Washington dodged a huge bullet at the end of 2013 when it persuaded Boeing (with nearly $8 billion in tax credits) to renew its commitment to the keep manufacturing in the state. More than 20 states had aggressively courted the aerospace giant when in the midst of negotiating a new contract with the Machinist’s Union it signaled it was willing to consider relocation its primary assembly facilities.

The success in keeping Boeing in the Pacific Northwest is already reaping dividends for Washington: Boeing has made a commitment to the Puget Sound region in choosing to build the 777X carbon composites wing in Everett, Boeing Commercial Airplanes CEO Ray Conner recently announced.

Boeing announced plans to build a 1 million-square-foot factory in Everett to build the 777X wing. Space will be made for the new plant by tearing down older offices on the north side of the existing aircraft assembly building.

Gov. Inslee praised the union workers who approved the new contract that sealed the state’s long-term deal with Boeing. “The Machinists made a very difficult decision,” Inslee said. “We owe respect to the Machinists for making a decision that helps the entire economy of the state of Washington.”

The Port of Everett is located in Snohomish County, which is at the heart of the Washington Aerospace Manufacturing Community, the world’s largest and most robust aerospace cluster.

Everett is home to the wide-body jets of the 747, 767, 777 (soon to be 777X) and 787. It is well-known that Washington is the most trade dependent state in the nation and aviation-related imports and exports make up a large piece of our state’s trade pie. In 2014, aviation-related commodities made up over $43 billion of exports through Washington.

The Port of Everett, 25 miles north of Seattle, has natural deep water access, on-dock rail with direct access to the BNSF main line and is an integral part of the aerospace logistics chain. Its specialized facilities transport aircraft parts to Paine Field, and are a key player in the import and export of these goods through Washington.

Arriving from Japan, the Port of Everett receives 100 percent of the oversized aerospace parts for the 747, 767 and 777 airplanes, and serves as a backup for the 787 Dreamliner airplane parts at its seaport. After receipt of the goods, the port moves the parts by barge to its satellite facility, the Mt. Baker Terminal, where the goods are then loaded onto rail cars and taken to Boeing.

Snohomish County has a long, successful history of collaboration with these key stakeholders to support the continued growth and expansion of the state’s aerospace cluster, most recently manifested in Boeing’s decision to site 777X assembly and composite wing manufacturing at its Everett facility. The Port of Everett contributed directly to the collective success of statewide efforts to secure the 777X including through site design, expedited permitting, and preparation for facilities construction.

Snohomish County has an extensive record of well-coordinated public-private planning in growing the aerospace cluster. Much of this occurs at the facilities construction level, which in recent years has drawn new manufacturers to the county while supporting existing manufacturers and workforce training institutions in expanding their operations. Some of these manufactures include: Goodrich Aerostructure Integration Facility; Korry Electronics/Esterline; B/E Aerospace; the Washington Aerospace Training Center; and the Dreamlifter Operations Center.

With the expansion of the aerospace opportunities in Snohomish County, available industrial properties are at a premium. The Riverside Business Park is a ready and available 34-acre master-planned land development located strategically on the Snohomish River and within minutes from I-5. With its substantial infrastructure and strategic location, Riverside Business Park is ideally suited for a number of industrial uses that will fit your business needs. The industrial park is zoned for heavy industry.

Some of its features include:

The County also has comprehensive educational resources to support workforce development. Snohomish County is proactively working together with regional and statewide partner’s opportunities to create centers for research and innovation in composites and advanced materials that will support emerging and evolving industry needs. In addition, Snohomish County recently created a new full-time position to pursue new export and foreign direct investment opportunities for county businesses and communities, including related to aerospace.

The Port of Everett is an economic development enterprise carrying out the public’s trust to manage and develop resources, transportation facilities and supporting infrastructure to enable community opportunity. The Port of Everett strives to bring jobs, business and tourism to its local and surrounding communities, as well as maintain the overall environmental health of our waterfront.

The port operates three business lines: an international seaport, industrial and commercial real estate and the largest public marina on the West Coast. The seaport specializes in high and heavy cargoes that support the aerospace, manufacturing, constructing, mining and energy industries.

PACIFIC COUNTY: GEM ON THE COAST

Pacific County enjoys a unique location at the lower left-hand corner of Washington state. The Pacific Ocean forms its border to the west, while the mouth of the Columbia River is the primary border to the south. Washington’s Long Beach Peninsula sits between the ocean and Willapa Bay, home to some of the nation’s leading oyster beds. Willapa Bay oysters make up nearly 20 percent of the oysters eaten in the U.S. The area also produces cranberries, and its coastal climate is ideal for producing certain types of timber.

Pacific County is a coastal county, enjoying all the benefits of an oceanfront location (including a 20-mile-long beach, which draws 1 million visitors annually), but it also is home to mountains, streams and rivers. The county hosts numerous state and national parks, and a national wildlife refuge.

There are four ports in the county. The Port of Chinook and the Port of Ilwaco are both adjacent to the Columbia River, providing access to the Pacific Ocean; both the Port of Peninsula and the Port of Willapa Harbor are located on Willapa Bay. Commercial fishing is a mainstay of each port community. Oysters, shrimp and crab are among the primary income producers, but shellfish are only part of the story. Other catches, especially tuna, salmon, and halibut also contribute to the significant income derived from seafood. Each of the ports is an engine for economic development.

Pacific County has two primary centers: North County—home to the cities of South Bend and Raymond, as well as several smaller, unincorporated areas (including Lebam, Menlo, and Frances); and South County—home to the cities of Ilwaco and Long Beach, and other areas, such as Seaview, Ocean Park, Nahcotta, Surfside, and Oysterville. Tokeland, to the north, Chinook, to the south, and Naselle and Bay Center, in between, are other, smaller population centers with distinct personalities.

Pacific County, along with the counties of Grays Harbor, Lewis, Mason, and Thurston, makes up a five-county regional partnership that promotes economic development. Together, the counties completed a study of targeted industry clusters, including food production, wood product and paper manufacturing, life sciences, chemical product and plastic manufacturing, IT/telecommunications, and tourism and recreation. In Pacific County, food production, wood products and tourism /recreation are all very strong growth sectors. An emerging industry is the production of cannabis, which was recently approved by Washington’s voters for recreational use. The county already has a strong base of companies engaged in growing, processing and selling marijuana.

The Pacific County EDC is actively working with local entrepreneurs to enhance their chances of success, and the majority of its Board comes from a private-sector background. For more information, please contact director@pacificedc.org. 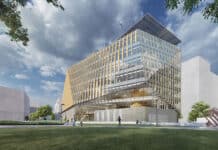 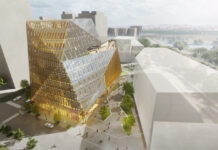