By the Business Facilities Staff From the March/April 2014 issue

BF: START-UP NY will make SUNY campuses and other university communities in NY tax-free zones for new, expanding businesses. How does it work?
LW: START-UP NY is designed to attract businesses to relocate, start up or expand in New York State. Qualifying companies setting up new operations within specially designated economic zones in the catchment areas of one of New York’s 64 State Universities (SUNY), five CUNY schools and participating private colleges and universities will be eligible for 10 years of no corporate taxes, 10 years of no real estate taxes, and 10 years of no local sales taxes. There is currently no other program in the country that offers to waive all of those taxes.

BF: The initiative promises access to university research labs. Does this involve businesses working with higher education to develop new curricula?
LW: Yes. START-UP NY businesses can capitalize on the programs, research, and investments made at New York’s colleges. The companies and universities will have the opportunity to collaborate and establish partnerships so that the ideas and research coming out of New York’s colleges translates into jobs and business growth in New York.

The horizontal drilling technique known as fracking has spawned an Energy Revolution in the U.S. But fracking also may be spawning earthquakes—lots of them—in places that don’t normally have them.

For example, 115 small earthquakes recently hit an area between Oklahoma City and Guthrie, OK, most accompanied by a loud bang. According to earthquake monitors EQ Charts, between 1990 and 2008 (before the fracking boom) there were between 0 and 11 quakes annually in the OKC-Guthrie area.

Earthquake clusters also have occurred near fracking operations in Texas, Kansas and Ohio. A consensus seems to be emerging that the earthquakes are not being caused by initial drilling operations but rather by post-drilling injection of fracking wastewater.

“It’s not the fracking itself, it’s this re-injection of the fluids into [the] formations,” says Don Blakeman, a geophysicist with the National Earthquake Information Center in Golden, CO.

Two things are certain: there’s a whole lot of shakin’ going on and as fracking expands it’s probably not going to end anytime soon.

BF: Can the START-UP NY incentives be applied to expansions and relocations as well as new start-ups?
LW: Yes. Companies relocating to New York State, businesses with an existing presence in the state with expansion plans, and start-up companies that produce net new jobs are eligible for the incentives.

BF: Are there any specific targets for START-UP NY, in terms of the number of new business ventures or jobs created annually?
LW: START-UP NY officially launched on January 1, 2014 and has already received significant interest from the business community with the START-UP NY website receiving well over one thousand inquiries. Companies or start-ups interested in establishing new operations and creating jobs within a tax-free area must submit their application directly to the colleges, universities and community colleges participating in START-UP NY. The first set of schools and their plans were approved by the State the first week of March, with more coming soon, and these schools are currently accepting applications.

For more articles on tax incentives, click this link. 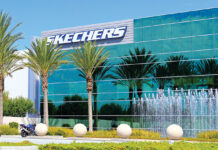