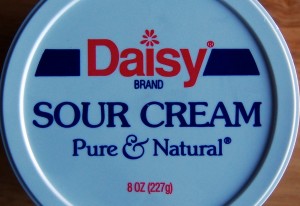 Daisy Brand, the nation’s largest sour cream manufacturer, has announced its plans to locate a third production facility in Wooster, OH to serve the midwest and east coast markets. In a statement provided by Daisy Brand’s President Vincent Taylor, the company will construct a state of the art, 200,000 square foot facility in northeast Wooster. Usage of the facility will continue to ramp up over time.

City of Wooster Mayor Bob Breneman said, “Daisy Brand had a number of options in which to locate its new facility. We at the City of Wooster feel very fortunate to have won over the likes of such a stellar, well-respected company.”

Daisy Brand’s decision, contingent upon the approval of state and local incentives, concludes a site selection process spanning four states and a year in duration.

“We were impressed by the comprehensive approach taken by Daisy Brand during its evaluation,” said Rod Crider, president of the Wayne Economic Development Council. “The announcement represents a victory for the team of local and state partners including the City of Wooster, JobsOhio and many others who worked diligently with company representatives to influence their decision.”

According to the project timeline provided by Daisy Brand, construction of the new facility is scheduled to begin in the late 2013 with operations commencing in late 2015.

The company has committed to employing 89 persons at the new facility with an annual payroll of roughly $4.5 million.

“Wayne County is honored to have been selected by Daisy Brand as the location for their new facility and looks forward to supporting them in their continued success,” Crider concluded.