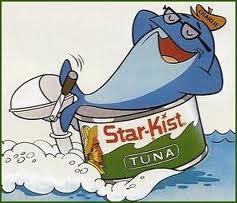 Everyone is toting up the winners and losers in the wake of the three-ringed circus that was the 112th U.S. Congress.

This exceptionally dysfunctional edition of our representative government wrapped up its business this week in a spasm of activity — and some grotesquely offensive inactivity — that spilled into the New Year’s holiday.

While most Americans were searching for hangover remedies or trying to avoid watching two college football teams with losing records battle in the Depends Extra Large Rocky Mountain Spotted Fever Bowl (OK, we made that up), Congress was mercifully bringing to an end its made-for-TV melodrama known as the Fiscal Cliff.

Joe and Mitch made a few minor tweaks to the tax code, agreed to postpone for another season the debate about how to reduce our $16-trillion-plus national debt and announced they had a Deal. Congress approved, Wall Street cheered, the nation yawned and President Obama was in such a hurry to get back to his vacation in Hawaii he ordered his teleprompter to instruct his staff to sign the bill using an autopen while he body-surfs in Oahu (no, we’re not making that up).

Congress also was in a big hurry to leave town. Told that their failure to pass a new Farm Bill would result in milk prices skyrocketing to nearly $8 a gallon, our esteemed federal legislators rubber-stamped a one-paragraph edict extending the life of the Old MacDonald bill. Then they headed for the airport before you could say E-I-E-I-O.

When 2013 dawned, folks in the NY/NJ area were happy to learn that along with the rest of the country we could stop stockpiling half-and-half. But this good vibe soured considerably when we realized the House of Representatives had adjourned without voting on the $60-billion Hurricane Sandy relief package that had passed the Senate.

We’re going to hand this paragraph over to Gov. Chris Christie, who neatly summarized our feelings on this subject with these choice comments: “DISGUSTING. DERELICTION OF DUTY. THEY FAILED A BASIC TEST OF PUBLIC SERVICE. THIS IS WHY THE AMERICAN PEOPLE HATE CONGRESS.”

As this is being written, House Speaker John Boehner has emerged from hiding and issued a statement assuring all of us that the Sandy relief package will be the first item of business for the 113th Congress. If it’s not, we want Speaker Boehner to know that Tony Soprano is planning to take him on a boat trip.

As a public service, we also want to report that tucked away in the fine print of the Fiscal Cliff bill were some items of great interest to several current recipients of targeted federal largesse. While they were busy bloviating about the federal debt and taxation, our lawmakers quietly served up some special favors that will cost taxpayers more than $46 billion over the next 10 years.

First and foremost, Congress extended for up to 10 years tax credits that have been the lifeblood of the alternative energy industry. Nearly $18 billion has been earmarked to jumpstart wind, solar and biofuel projects. The wind power industry will get the lion’s share of these subsidies (about $12 billion), which were grandfathered in to permit wind farms under construction in 2012 to claim the new credits even if these projects were not completed before the end of the year.

While we applaud the renewed federal support for green energy, a few other baubles buried in the Cliff Notes of the big tax deal are head-scratchers:

— NASCAR will receive a $78-million subsidy for racetrack construction over the next 10 years. What, the Brooklyn-Queens Expressway wasn’t available?

— Rum producers are in line to get $220 million in federal support. Probably means we should get that 51st star ready for Puerto Rico.

— Hollywood still will be able to deduct the first $15 million in production expenses for movies made in the United States. This ensures that Weekend at Bernie’s 4 will be made, since it covers the salary of the three actors and two body-doubles who play Bernie.

— A $62-million tax credit for employers in American Samoa has been bestowed upon the largest private employer in the South Pacific chain, StarKist. We always wondered what happened to Charlie the Tuna. Maybe he’s planning to use this subsidy to buy Marlin Brando’s private island in Tahiti.