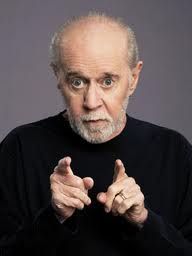 The late comedian George Carlin had a great comeback line for tree-hugging environmentalists who urged us all to “Save the Planet.”

“The planet’s been here for 5 billion years and it’s going to be just fine,” he said. “It’s going to shake us off like a bad case of fleas.”

As you’re reading this, the atmosphere of the third planet from the Sun may be on the verge of crossing a threshold from whence it can’t return. The scientists call this phenomenon a positive feedback loop, but there’s nothing positive about it if you are among the hundreds of millions of people living in low-lying areas near the great oceans.

The eggheads and a few irritating nerds like Al Gore have been warning us about this for more than two decades. The nations of the world tried to get together to prevent it, gathering in places like Kyoto, Copenhagen and Durban to haggle over theoretical 30-year targets for overall reductions in CO2 emissions. They failed. The only existing accord, the Kyoto Treaty, is expiring this year; there’s nothing to replace it, and the recent global summit in South Africa ended without a firm timetable for new negotiations. Several nations that had agreed to abide by the relatively weak requirements of the Kyoto accord, like Canada, have announced they’re withdrawing from the process. China and India shunned Kyoto from the start as a threat to their emerging coal-fired industries. The U.S., an early proponent of the attempt to curb the rate of emissions increases, never ratified the treaty.

The sad fact is that the steady release of gigatons of greenhouse gases into the atmosphere is about to become a self-sustaining process. It may not happen this year or next, but a growing consensus of experts believe that by the end of this decade the positive feedback loop will be complete and irreversible. Some leaders in the U.S. are cooing gently in our ears that “the science isn’t settled,” but the numbers don’t lie:

Global emissions of carbon dioxide from fossil-fuel burning nations — that would be just about everybody, but especially the U.S., China, India and Brazil — increased in 2010 by the largest annual amount ever recorded since the advent of the Industrial Revolution 150 years ago. These man-made emissions rose 5.9 percent, meaning that a half-billion extra tons of carbon were pumped into the air in 2010 — an unexpectedly robust surge in a year of sluggish or flat economic growth worldwide. Scientists now believe the amount of carbon dioxide in the Earth’s atmosphere, measured in parts per million, is greater than it has ever been in more than 800,000 years.

The corresponding rise in median temperatures during the past 50 years has been estimated at roughly 2 degrees Centigrade.  Two degrees may not sound like much of a problem, especially if you hate to shovel snow and don’t care if the polar ice caps melt. But it is perilously close to a tipping point that climatologists say will trigger an ecological chain reaction.

Unfortunately, it now seems likely that the human contribution to climate change was merely an overture to a much larger catastrophe. As Herculean as our efforts to spew greenhouse gases into the air have been since the rise of the machines, the Earth itself appears ready to show us what a carbon belch really looks like.

According to a front-page report last month in The New York Times, the permafrost is thawing. Permafrost is perennially frozen ground that lies just beneath the surface of nearly a quarter of the Northern Hemisphere. In parts of Wisconsin where football fans like to don funny hats made of cheese, it’s called the frozen tundra.

Why should we care if a largely unpopulated chunk of the planet turns to mush? Here’s a couple of big reasons: methane trapped inside the frozen tundra contains twice as much carbon as the entire atmosphere, and methane released into the atmosphere is much more efficient at trapping the sun’s heat than carbon dioxide. According to the report in the Times, if large amounts of methane begin to leach into the air from the thawing permafrost, natural greenhouse gas emissions potentially could add 35 percent to the man-made totals. Huge methane “bubbles” already have begun appearing in new lakes that have developed in previously frozen tundra.

And then there are the humongous bubbles of methane in a semi-frozen state at the bottom of the oceans, which also are getting warmer….but enough with the gloom and doom. Right about now, you’re probably asking: “What can I do about this?”

We’re pleased to report that the U.S. Department of Energy has an answer: carbon sequestration.

DOE believes that if we can develop a system to capture greenhouse gases from power plants and other industrial sources before they’re released into the atmosphere, we can ship these gases to huge underground repositories. The plan is to pump the carbon gas into giant caverns and store it there, presumably forever.

DOE already has completed Phase I of what is supposed to be a 10-year, multi-billion-dollar effort to validate its carbon sequestration scenario. The Energy Department identified about 3,600 gigatons of potential geologic storage space in the U.S. and Canada, primarily in hollowed out saline formations (think old salt mines), coal seams and depleted oilfields, all deep beneath the surface. In its first-phase study, DOE estimated there are about 4,300 power-plant and other large industrial sources of carbon dioxide across the U.S. and Canada with annual emissions approaching 4 gigatons. Here’s the good news: DOE says none of these industrial sources is more than 300 miles from a potential storage formation. The most promising of those formations are now undergoing Phase II field tests in preparation for large-scale testing and Phase III pilot projects.

Proposed storage depths range from 3,000 to 10,000 feet and all formations, or sinks, must be covered by high-integrity cap rock to ensure the security of long-term storage. Phase I found up to 83 gigatons of storage capacity in oil and gas fields, 184 gigatons in unmineable coal seams and 3,374 gigatons in deep saline geologic formations.

DOE has created seven Regional Partnerships, all joint ventures between the public and private sectors, spanning 41 states and four Canadian provinces. They cover most of North America and are grouped by geologic regions to identify ways and means most suited for use in a given region. Almost 400 participants are involved in the program, including major electric-power producers, oil and gas producers, colleges and universities, state and federal government agencies, national laboratories and public interest groups.

— The Midwest Geological Sequestration Consortium (MGSC) and the Illinois State Geological Survey (ISGS), which was awarded a $66.7 million DOE contract to conduct a Phase III large-scale sequestration demonstration project in the Mt. Simon Sandstone, a major saline reservoir in Illinois. The MGSC, ISGS, and Archer Daniels Midland (ADM) Co. will work together to capture and store CO2 from ADM’s ethanol plant in Decatur, IL. The total cost of the seven-year project is estimated at $84.3 million, with additional funds coming from ADM, Schlumberger Carbon Services, and other corporate and state resources. The goal is to accept and store up to 1 million metric tons of CO2 over a three-year period.

— The Southwest Regional Partnership on Carbon Sequestration is moving forward with a $90-million carbon capture and storage project in the Gordon Creek field in central Utah. The project is supported and managed by the DOE’s National Energy Technology Laboratory (NETL). The Phase III field deployment will demonstrate commercial-scale carbon storage technologies, planned to store a million tons of carbon dioxide per year, aimed at verifying “proof-of-concept” of carbon storage in deep saline aquifers. The Gordon Creek site operator is Gordon Creek LLC, a subsidiary of Thunderbird Energy Corp. based in Calgary, Alberta. Other research organizations involved include Los Alamos National Laboratory, Sandia National Laboratories, the Utah Science, Technology and Research (USTAR) initiative, the Utah Geological Society, and the University of Missouri.

According to the DOE website, “Phase III [pilot] sites will become candidates for continued or subsequent use in CO2 storage to accommodate capture from either existing large-point sources or from new plants.”

Let’s hope these efforts succeed, because Plan B apparently involves deploying an armada of space-based mirrors around the planet to deflect sunlight and/or filling the atmosphere with synthetic sun-blocking particles. Anybody up for that?