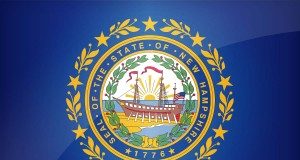 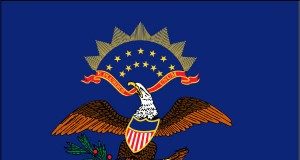 February 29, 2016
More Than A Bakery, LLC plans to build a $57.1 million facility in Versailles, KY. The bakery and distribution facility will employ 310 people.

Did You Miss “The Big Lies Of Workforce” Webinar?

February 26, 2016
When it comes to the critical priority of workforce availability, site selection professionals evaluating locations for new projects need to separate the truth from an incoming cascade of false market signals.

February 17, 2016
After several years of job losses, aerospace and defense sector employment is expected to grow in 2016 by more than 39,000 jobs in the U.S., according to Deloitte's new ”U.S. Aerospace & Defense Labor Market Study.”

February 9, 2016
While the U.S. economy has enjoyed steady job growth in recent years, some cities are capturing a larger share of total job creation than others, thanks in large part to factors unique to their local economies.

Culture Is A Top Challenge for Business Leaders

January 20, 2016
Workers everywhere will be affected by accelerating disruptions to the world of work—yet people in different economic positions will be impacted in very different ways, according to a new report from Foresight Alliance.

January 13, 2016
Businesses must adjust how they nurture loyalty among Millennials or risk losing a large percentage of their workforces, according to Deloitte’s fifth annual Millennial Survey.

December 30, 2015
Texas has once again topped the Allied Van Lines Magnet States Report, which uses internal data to track U.S. migration patterns, thanks to a net relocation gain of 2,558 families in 2015.

December 17, 2015
New report from The Economist Intelligence Unit identifies "softer" aspects of business expansions, such as finding new employees who support and enhance the brand’s existing culture, as a top concern.

November 11, 2015
The percentage of working veterans reporting underemployment or low-paying job increased to 31 percent from 23 percent last year, according to the CareerBuilder Veterans Day Job Forecast.

October 14, 2015
Americans are confident the U.S. is a global technology leader, and 61% of Americans are willing to relocate for a higher salary, according to new Modis survey.

October 6, 2015
Rolls-Royce plans to invest nearly $600 million in its operations and research in Indianapolis over the next five years.

Labor Shortages To Have Uneven Effect Across U.S.

September 30, 2015
As demographic transformation continues, qualified workers are fast becoming scarce in many states, according to a new report from The Conference Board.

July 20, 2015
Companies are migrating to walkable downtowns across the country, in big cities and small CBDs, and in secondary markets within larger metropolitan areas from coast to coast, according to a recent study.
1...29303132Page 30 of 32

Surveys & Research December 6, 2021
Over the next year, 53% of executives don't intend to decrease their office size, 10% plan to increase their space, 25% are undecided, and only 12% will downsize.