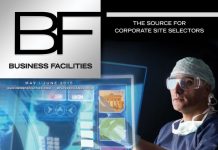 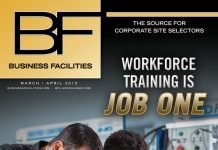 Recent Issues April 29, 2015
With unemployment numbers in the news, workforce issues have become a hot topic in the economic development world. This issue's cover story takes a look at some of the major training programs around the country. Also in this issue: the 2015 Economic Development Awards. 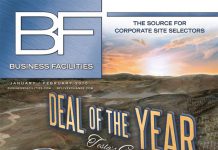 Recent Issues April 7, 2015
Tennessee wins State of the Year while Tesla is recognized for its Deal of the Year in this issue of Business Facilities magazine. 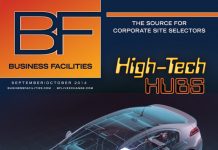 Advanced Manufacturing January 13, 2015
This issue of Business Facilities features a tour of high-tech hubs, an update on the call center industry, a visit with Michigan Governor Rick Snyder, and summaries of activity in several other states and industries. 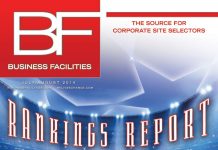 Recent Issues September 15, 2014
Business Facilities Editor Jack Rogers writes, "The U.S. economy recorded a robust four percent growth rate for the second quarter of 2014," and the articles in this issue of the magazine shows exactly where that growth is having the biggest impact. 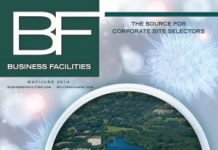 Recent Issues July 23, 2014
In this issue, we needed the digital equivalent of a shoehorn to make sure all the big hitters were in the lineup. Leading off is our Global Biotech Report, followed by an inside look at Indiana. 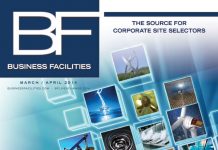 Recent Issues April 30, 2014
This issue examines the latest developments in New Energy around the country, while recapping the magazine's 2014 Economic Development Achievement Awards. 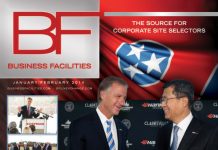 Recent Issues April 7, 2014
Business Facilities celebrates awards season with several major announcements and a nod to Tennessee for State of the Year honors.
12Page 2 of 2