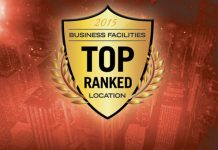 Awards & Rankings August 6, 2015
Indiana metros dominated the top-10 list for Exports Leaders in Business Facilities’ 2015 Metro Rankings Report. Four Indiana locations made the top tier in this category, which is based on exports as a percentage of GDP. 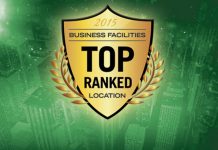 Awards & Rankings July 31, 2015
Maine, California and Colorado are the states with the most stringent Renewable Portfolio Standards (RPS) in a new state ranking that debuted this week in Business Facilities’ 2015 State Rankings Report. 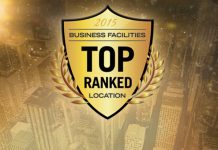 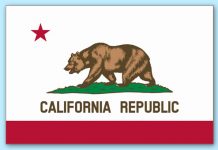 Biotech & Pharma March 19, 2015
The Golden State's reputation for a high cost of doing business doesn't seem to be hurting it. 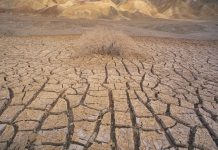 California February 5, 2014
California is facing the worst drought in its history, a 500-year shortfall of biblical proportions. 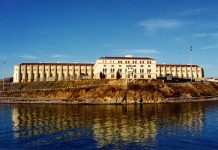 California is Rolling in Dough

California July 3, 2013
Three years after a $60-billion deficit threatened to sink the Golden State, state legislators are arguing over how to spend a surplus. 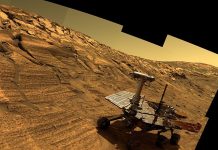 Rome Wasn’t Built in a Sol

Aerospace & Defense June 12, 2013
A robot still working on Mars nearly a decade after it was supposed to conk out puts America's crumbling infrastructure to shame.

Anatomy of a Deal: Studley Finds a New Space for MySpace

Cover Story November 1, 2008
An inside look at how a leading broker found the perfect site in Los Angeles for Fox's burgeoning Interactive Media unit.

Industry Focus November 1, 2008
Our aging population is the driving force behind tremendous growth in the plastics and medical device industries. Where will you grow your facility?

Location Focus September 1, 2008
With a bevy of financial incentives, acres of available land, and an assortment of creative thinkers, California is home to one of the largest state economies in the nation. Lucrative business deals await, and it's not too late to take part in this modern-day gold rush.

Magazine July 1, 2008
California Expands Its Inland Economic Empire The Inland Empire combines the majority of Riverside and San Bernardino counties, encompassing more than 50 cities, into the...
1234Page 4 of 4