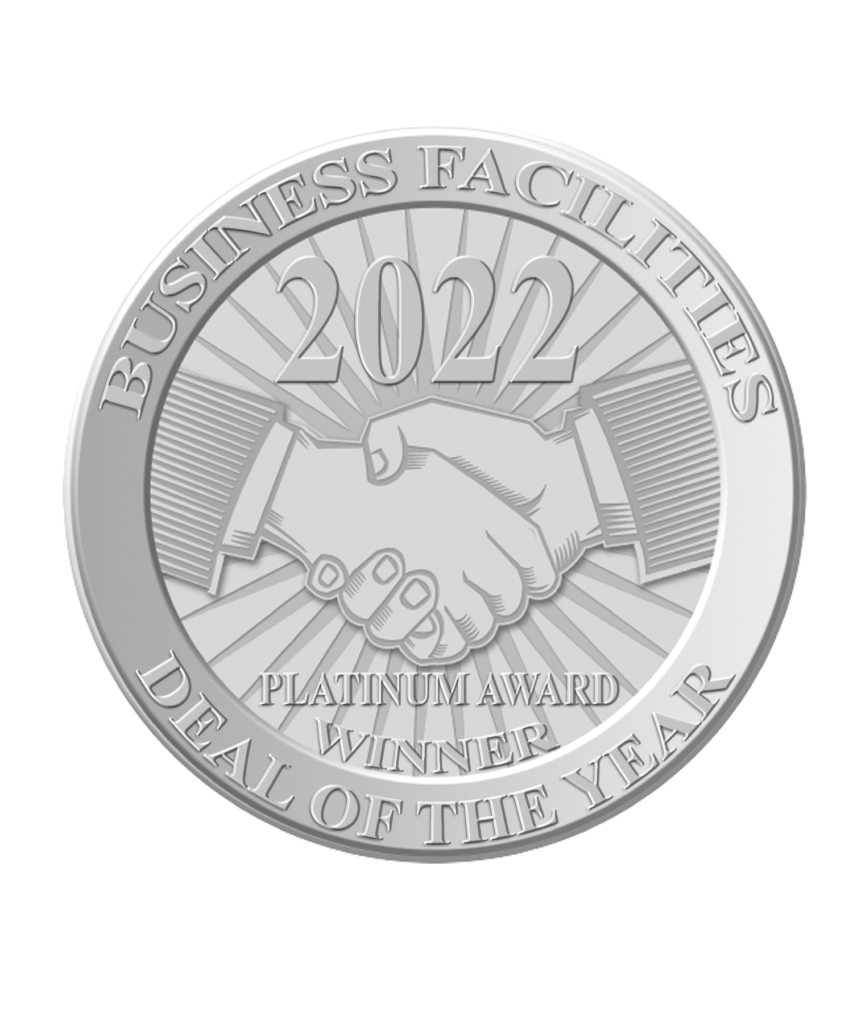 “With the flurry of news on corporate relocations and expansions in 2022, we expanded the Deal of the Year awards to four spots — Platinum, Gold, Silver, and Bronze,” says Business Facilities Editorial Director Anne Cosgrove. “We are pleased to recognize these four entries in this year’s crop of premium project submissions.”

The Business Facilities Platinum Deal of the Year Award recognizes New York’s Empire State Development for attracting Micron Technologies to the state with a planned investment of up to $100 billion. In October 2022, Micron announced its plans to build the largest semiconductor fabrication facility in the history of the U.S. in Clay, NY outside of Syracuse. The megafab facility will be transformational for the region as a semiconductor corridor, and it will increase domestic supply of leading-edge memory. The Micron investment is expected to create nearly 50,000 jobs, including approximately 9,000 high paying Micron jobs. Other agencies involved in the Micron project are Onondaga County IDA, CenterState CEO, New York State Power Authority, and National Grid. 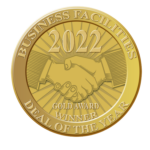 Business Facilities’ Gold Deal of the Year Award goes to JobsOhio for attracting Intel to Licking County, OH, outside of Columbus. In January 2022, Governor. Mike DeWine was joined by President Joe Biden and Intel CEO Pat Gelsinger to announce that the chip-manufacturing giant had chosen Ohio as the site for a $20 billion investment in two state-of-the-art semiconductor fabs. Intel’s first semiconductor facility in four decades is expected to create 3,000 direct, permanent jobs and will bring an infusion of income-tax revenue to cities around the region. 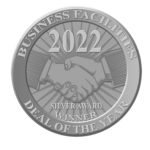 Business Facilities’ Silver Deal of Year Award recognizes Orange County Economic Development Corporation for Chevron Phillips Chemical to build its new $8 billion, 1,700-acre facility in Orange County, TX. With QatarEnergy, the company announced in November 2022 its plans to construct an integrated polymers facility at this Gulf Coast location. The existing Chevron Phillips Chemical site has operated in Orange County since its construction by Spencer Chemicals in 1954. Gulf Oil, a predecessor of CP Chem, purchased the facility in 1963, and since that time, CP Chem and its employees, have been integral members of this community. 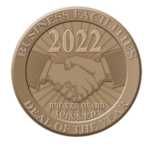 The Business Facilities Bronze Deal of the Year Award recognizes Savannah Harbor-Interstate 16 Corridor Joint Development Authority for attracting Hyundai Motor Group to locate its first fully dedicated electric vehicle and joint venture battery manufacturing facility at the Bryan County Megasite in Georgia. Hyundai Motor Group announced it would invest $5.545 billion and deliver approximately 8,100 new jobs. In addition, another $1 billion will be invested and jobs can be expected to be created by non-affiliated Hyundai Motor Group suppliers. In addition to the investments that will be made throughout the region by suppliers of HMG, there is anticipated growth in the residential, retail, and commercial sectors. 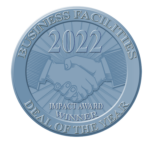 Business Facilities is also announcing Impact Awards for project submissions across 18 categories. Here are the winners of the 2022 Impact Awards:

Full coverage of the 2022 Deal Of The Year and Impact Awards will be featured in the January/February issue of Business Facilities.