American Battery Factory (ABF) has selected Arizona as the site for the first in a planned series of battery cell gigafactories in the U.S. The Tucson facility will serve as ABF’s official headquarters and at 2 million square feet will be the country’s largest gigafactory for the production of lithium iron phosphate (LFP) battery cells. ABF will invest an estimated $1.2 billion in the facility, which will create approximately 300 jobs in the first phase of its opening, scaling up to 1,000 cumulative jobs. 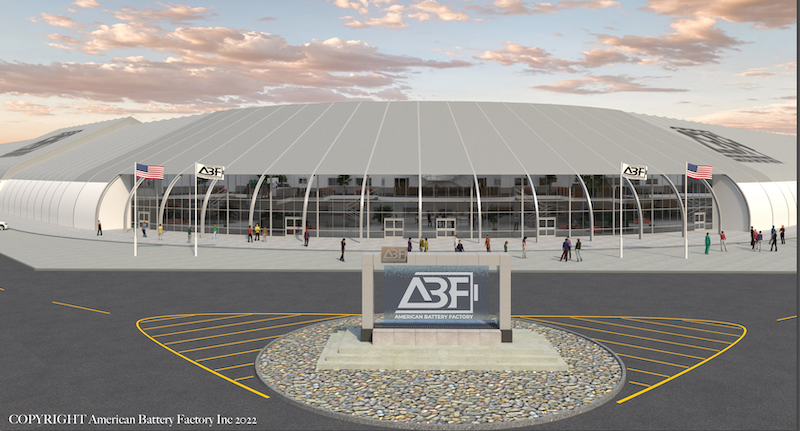 “This investment represents a generational opportunity both for us as a company and for Tucson as a community as a means to truly make energy independence a reality for everyone,” said Paul Charles, ABF President and CEO. “Batteries make shifting to an entirely green energy economy possible. With this first factory, we will secure a strategically positioned company headquarters while taking the critical first steps in making it possible to one day move the country and the entire world to 100% renewable power. We are honored to start this journey in Tucson and give back to the community through innovation, quality job creation, revenue generation and environmental protection.”

The LFP battery cell chemistry ABF will employ allows for the production of the safest, longest-lasting, most reliable and eco-friendly batteries currently available. Avoiding the use of nickel and cobalt, ABF’s materials are more ethically sourced and last more than double the average performance of other batteries, making them an ideal option for durable and dependable energy storage systems. The cells will empower consumers, households, business owners and electric utilities to automate the management of their own inventory of power, gaining the independence to optimize and transform energy usage on their own terms. Energy storage made possible by ABF can power on-the-go lifestyles, off-the-grid living and industrial utilities as well as public industries and sectors.

“Arizona is proud to be home to American Battery Factory’s first U.S. facility and headquarters,” said Governor Doug Ducey. “This transformational investment proves once again that Arizona is the premier destination for emerging technologies. The state-of-the-art factory will produce battery cells critical to our energy future right here in Tucson. My thanks to Paul Charles and the entire team at American Battery Factory for choosing our state for its innovative facility.” (Click here to continue reading.) 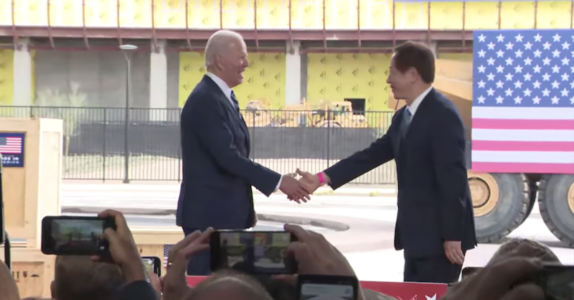 Today in Phoenix, President Joe Biden visited the Taiwan Semiconductor Manufacturing Company (TSMC) Arizona semiconductor plant to celebrate the company’s latest announcement. In addition to TSMC Arizona’s first fab, which is scheduled to begin production of N4 process technology in 2024, TSMC has also started the construction of a second fab which is scheduled to begin production of 3nm process technology in 2026. The overall investment for these two fabs will be approximately $40 billion, representing the largest foreign direct investment in Arizona history and one of the largest foreign direct investments in the history of the United States.

In addition to the over 10,000 construction workers who helped with construction of the site, TSMC Arizona’s two fabs are expected to create an additional 10,000 high-paying high-tech jobs, including 4,500 direct TSMC jobs. When complete, TSMC Arizona’s two fabs will manufacture over 600,000 wafers per year, with estimated end-product value of more than US$40 billion.

In line with TSMC’s commitment to green manufacturing, it was also revealed that TSMC Arizona is in the planning stages for an on-site Industrial Water Reclamation Plant that when finished, will allow the TSMC Arizona site to achieve near zero liquid discharge.

“When complete, TSMC Arizona aims be the greenest semiconductor manufacturing facility in the United States producing the most advanced semiconductor process technology in the country, enabling next generation high-performance and low-power computing products for years to come,” said TSMC Chairman Dr. Mark Liu. “We are thankful for the continual collaboration that has brought us here and are pleased to work with our partners in the United States to serve as a base for semiconductor innovation.”