In 2022, Kentucky companies across a variety of sectors have announced expanded operations, facilities, and investment in the state. This follows a record-breaking year in 2021 for the state for which private-sector new-location and expansion announcements included $11.2 billion in total planned investment and commitments to create more than 18,000 full-time jobs in the coming years.

In the past 12 months, Governor Andy Beshear’s administration announced the two largest economic development projects in Kentucky history. In September 2021, the governor and leaders from Ford Motor Co. and SK Innovation celebrated a transformative $5.8 billion investment that will create 5,000 jobs in Hardin County. And in April, Envision AESC announced a $2 billion investment that will create 2,000 jobs in Warren County. These announcements have propelled Kentucky’s position as an electric vehicle (EV) battery production capital in the U.S.

“The automotive industry is changing quickly, and we are determined to be part of that to drive our state’s growth for decades to come.”

“This announcement solidifies that further as we continue to see EV suppliers locate in the commonwealth,” said Governor Beshear. “The automotive industry is changing quickly, and we are determined to be part of that to drive our state’s growth for decades to come.”

ANP will construct a 50,000-square-foot facility on 22.6 acres in Elizabethtown to supply EV battery plants throughout the region. The project supports the company’s supply of special carbon nanomaterials, which serve as conductive materials for cathode and anode in mass-produced batteries. The location will be positioned to supply materials to nearby gigafactories, such as BlueOvalSK Battery Park in Hardin County and other battery makers.

“We are pleased to be part of the incredible momentum in the EV sector throughout Kentucky. Starting in 2023, ANP will start manufacturing efforts in South Korea, China, Japan, Poland and the United States,” said Dr. Changwoo Park, CEO of South Korea-based ANP. “Kentucky is a key logistical location for ANP for our continued expansion to become a global supplier to EV battery plants. We look forward to the successful production start of our Elizabethtown site and we hope to expand our manufacturing facilities in Kentucky in 2025 with continued growth of the EV sector.”

ANP established its EV business in 2016 and has worked closely with Korean battery manufacturers, such as SK Innovation, LG and Samsung SDI. The company also maintains a manufacturing operation in China with corporate offices in California and Japan.

Kentucky continues to make strides to lead the way in the burgeoning EV sector, with significant investment throughout the past two years. Since June 2020, the commonwealth has seen over $8.5 billion in EV-related investments, with well over 8,000 full-time jobs announced.

Meanwhile, distilleries are a mainstay in Kentucky’s history, and modern-day operations continue to support the economy. Based in Clermont, the James B. Beam Distilling Co. brands (known for its Jim Beam bourbon whiskey) have been produced in the state since 1795. This summer, Beam Suntory announced it will expand the capacity of Jim Beam Brands Co. with a $400 million investment that will create more than 50 full-time jobs at the Booker Noe Distillery in Boston. Beam Suntory was formed in 2014 after the company was acquired by Japan-based Suntory Holdings.

“Jim Beam is a renowned name within Kentucky’s signature bourbon industry, and I am thrilled to see the company continue to grow in our state,” Governor Beshear said in July when the announcement was made.

In June, Four Roses Distillery LLC announced it will invest over $23 million to build new warehouses in Coxs Creek. The work is expected to be completed by 2024.

“Kentucky’s bourbon and spirits growth continues at an incredible rate, and we welcome this major investment from Four Roses in Bullitt County,” Governor Beshear said. “Bourbon is a signature industry in the commonwealth that is creating quality jobs across the state. I am thrilled to see Four Roses contribute to that success and look forward to seeing this project come together over the next couple of years.”

Leaders at Four Roses will build 17 warehouses totaling more than 776,000 square feet to support continued growth of the Lawrenceburg-based distillery. The investment comes in response to increased demand for the company’s bourbon throughout the U.S. Four Roses currently employs 137 people in Kentucky, including 20 at the existing warehouse in Coxs Creek.

Since December 2019, the spirits industry has seen more than 50 new location or expansion announcements contribute to over $1.1 billion in planned investments and more than 900 announced full-time jobs. Recently, the governor worked with U.S. Commerce Secretary Gina Raimondo to remove harmful bourbon tariffs on trade with the United Kingdom and European Union.

The Kentucky Economic Development Finance Authority (KEDFA) approved Four Roses for up to $300,000 in tax incentives through the Kentucky Enterprise Initiative Act (KEIA). KEIA allows approved companies to recoup Kentucky sales and use tax on construction costs, building fixtures, equipment used in research and development and electronic processing. In addition, the company can receive resources from Kentucky’s workforce service providers.

In the healthcare sector, Confluent Health LLC opened its new headquarters, a $10 million project that will create 350 full-time Kentucky jobs. The expansion is in response to significantly increased demand resulting from acquisitions and organic growth. Confluent currently employs 125 people in Louisville.

“Confluent Health is a Kentucky-born and bred health care company invested in innovating an accessible and equitable future of musculoskeletal care,” said Confluent Health President and CEO Dr. Larry Benz. “We are proud to expand our national footprint while deepening our roots in the Bluegrass State.”

Said Louisville Mayor Greg Fischer, “We are very excited that Confluent Health is expanding their presence and opening a new national headquarters in Louisville—nearly quadrupling their staff and creating more high-quality operations jobs here. Louisville is a leader in the health and aging care industry, and our unique ecosystem allows Louisville-based healthcare companies and startups to accelerate, incubate and showcase technology that provides solutions for health and aging. Congratulations to the entire Confluent Health team and founder Dr. Larry Benz and thank you for continuing to invest in our community!” 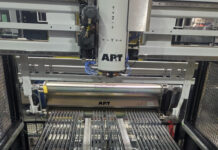 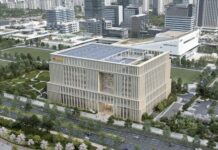