Schlumberger will invest $11.5 million to centralize its North Gulf Coast (NGC) divisions at a newly renovated operations hub in Lafayette, LA. The company will create 44 new direct jobs with more than $4 million of new annual payroll over a four-year period. Schlumberger will also retain 1,376 jobs at its Louisiana properties. Louisiana Economic Development (LED) estimates the project will result in 69 indirect jobs, for a total of 113 new jobs in the Acadiana Region.

A global technology company operating in more than 100 countries worldwide, Schlumberger will use the new NGC Hub to support its operations throughout the northern Gulf of Mexico.

“We are excited to announce our expansion in Lafayette, where we will be able to better support our Gulf of Mexico customers with a central location optimizing logistics and supply chain, and a highly skilled workforce providing more efficient servicing and maintenance of our equipment,” said Lyndal Cissell, North America Offshore managing director, Schlumberger. “We are humbled by the warm welcome that we have received, and we look forward to participating in the Lafayette communities where we live and work.” 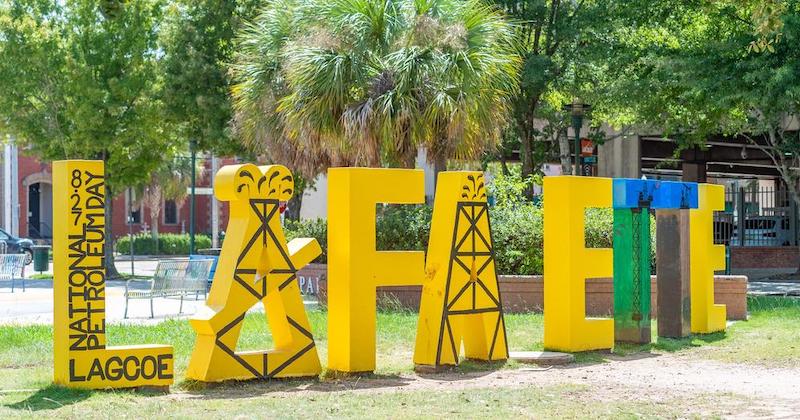 The new NGC Hub will be located in the company’s former Pathfinder office building in Lafayette Parish, which is currently unoccupied. The company estimates the extensive renovation currently underway will result in 195 construction jobs at the peak of construction, with completion expected in 2025.

Louisiana offered Schlumberger an incentive package including a $2 million performance-based grant for reimbursement of facility expansion and improvement expenses. Schlumberger is also expected to participate in the Quality Jobs Program.

“Schlumberger has been an economic driver in Louisiana for more than half a century, and the company remains a vital contributor to our state’s ‘all of the above’ approach to energy,” said Governor John Bel Edwards. “This investment not only creates dozens of high-paying jobs in Lafayette, it demonstrates a commitment to the future of more than 1,000 existing energy jobs around the state. In the midst of a historic transition, Louisiana’s energy sector remains strong.”

Schlumberger, which has Louisiana subsidiary operations in Morgan City, New Iberia, Berwick and Broussard, is one of the top employers in Lafayette Parish.

“Schlumberger is a giant in the energy industry, and this expansion is a testament to its commitment and trust in Lafayette,” said Lafayette Mayor-President Josh Guillory. “As the oil and gas industry continues to have an impact on our local economy, Schlumberger’s growth and investment are important to creating quality jobs and economic growth.”

Known for its spicy cuisine and spirited celebrations, Louisiana is drawing world-class businesses from a range of industry sectors. Read more…

“Lafayette historically has been a service and production gateway to the Gulf of Mexico, and the creation of Schlumberger’s North Gulf Coast Operations Hub reflects that legacy and the ongoing contributions to the region’s overall economy by the energy sector,” said Mandi D. Mitchell, president and CEO of the Lafayette Economic Development Authority. “Recent global concerns have demonstrated the importance of domestic production. Lafayette and Acadiana are proud to remain a vital player in that sphere.”