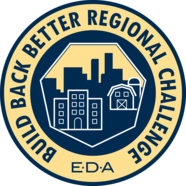 The 21 winners — each a regional coalition of partnering entities — will receive awards between $25 and $65 million to implement an average of six projects that together will rebuild regional economies, promote inclusive and equitable recovery, and create thousands of jobs in industries of the future including clean energy, next-generation manufacturing, and biotechnology.

The BBBRC is an unprecedented competitive federal grant program that provides each regional coalition with significant funding to tackle a wide variety of projects — including entrepreneurial support, infrastructure, workforce development, and innovation — to drive inclusive economic growth. The projects aim to develop and strengthen regional industry clusters — all while embracing economic equity, creating good-paying jobs, and enhancing U.S. competitiveness globally. The coalition lead for each winner is listed below.
(*Grant amounts are approximate) 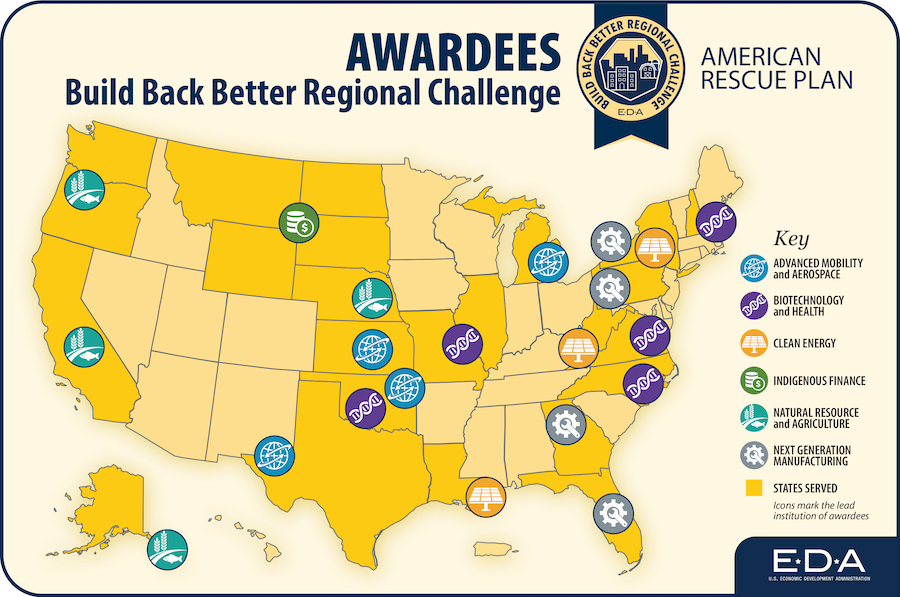 The 21 BBBRC winners were chosen from 60 EDA-designated finalists that each received approximately $500,000 in funding and gained technical assistance to continue developing their cluster strategies. Those 60 finalists were chosen from a Phase 1 applicant pool of 529 applications, which exemplifies the demand for transformational economic development. EDA will continue to support all 60 finalists with the creation of a Community of Practice that will provide technical support, foster connectedness with peer regions, and build capacity.

Check out all the latest news related to Economic Development.

Manufacturing February 3, 2023
The GE Appliances investment will create 45 new jobs over the next five years and is expected to be complete by the first quarter of 2024.