By Carol Radice
From the July/August 2022 Issue

Looking to encourage long-term investment in low-income communities the U.S. federal government created the Qualified Opportunity Zone program in 2017, a place-based initiative which offers tax incentives to those who invest in a business or property located in a designated low-income tract.

According to the U.S. Economic Development Administration (EDA) there are more than 8,700 Opportunity Zones in this country, with almost a quarter in rural areas.

Conceptually, improving under-invested areas of the country vis a vis Opportunity Zones holds wide appeal and offers promise to these overlooked areas, but due to the relative newness of the program—which was launched some five years ago—just how effective it’s been to date hasn’t been formally studied.

Early indicators seem to show that the Opportunity Zone program is working but that some adjustments need to be made.

A Few Changes On Horizon

In 2017 when the program was first imagined the hope was that it would serve as a catalyst for attracting billions of investment dollars in low-income communities across the country which if not for the program would not have likely been funneled to these areas. The expectation was that the communities receiving these funds would see substantial capital improvements.

At this time regions which had designated Opportunity Zones were encouraged, but not mandated, to measure and report on the outcomes. The U.S. EDA said keeping track of the results would help demonstrate that Opportunity Zones provide tangible benefits to regions and communities, serving to drive positive social and economic change. Some regions reported outcomes, but not all did.

In April of this year, “The Opportunity Zones Transparency, Extension and Improvement Act,” was introduced. In part, the Bill calls for additional oversight and reporting so that more data can be gathered to assess whether Opportunity Zones have been effective to date.

The Bill would disqualify some currently designated tracts and allow states to add new, additional tracts as Opportunity Zones. Those zones with a median family income over 130% of the national average, for example, would be disqualified unless these tracts also have a poverty rate of at least 30% (after excluding college students).

The Bill also seeks to extend the Opportunity Zone incentive through the end of 2028 “to facilitate continued investment in underserved, low-income communities, encouraging small dollar impact investments and providing operating support and technical assistance to high-poverty and underserved communities.”

Of the nearly 9,000 locations across the U.S. that have been identified as Opportunity Zones many are in the south. Alabama is among those states whose officials are excited to see additional investment dollars being spent in their areas and are welcoming developers to their community.

Tanner Jones, Data and Communications Manager with Baldwin County Economic Development Alliance noted that during the past few years, BCEDA has been fielding an increasing number of inquiries from investment groups.

Baldwin County is in the southwestern part of Alabama, along the Gulf Coast. With a population of 232,000 spanning across 2,000 square miles, Mobile County is to its west and Florida to its east. During the past decade the county has experienced a healthy surge in population.

That’s likely because Baldwin County has much to offer, but as Jones noted there are still some areas where additional investment dollars would benefit locals and businesses alike.

“As the seventh fastest growing metro area in the country, Baldwin County has seen significant interest from Opportunity Zone funds looking for sustainable investment opportunities,” said Tanner. “Even as a younger, growing community, Baldwin County still sees many applicable uses for the program, including workforce housing and commercial redevelopment.”

Data from Novogradac shows California leads the nation in number of Opportunity Zone investments to date, as well as total equity raised. More than 875 Opportunity Zones across 57 counties have been identified in California. Los Angeles, Fresno, San Jose, and the Inland Empire regions are among those districts exploring Opportunity Zones and the advantages it can bring to each of their areas.

According to Lupe Perez, Economic Development Director for the City of Fresno, Opportunity Zones are an important tool to help catalyze the city’s economic development efforts, particularly its Downtown Revitalization and infill development strategies. In total, some 37 such zones have been identified in Fresno to date.

“In the wake of COVID-19, many Californians and business owners are taking a new look at our city to grow their California Dream. Affordability is a big factor, but our manufacturing base is also growing,” Perez said. “New innovation hubs like Bitwise Industries are sprouting up and we already have one of the best career and technical education networks in the state. Mobilizing private capital to invest—and to stay—is obviously a huge priority for the City of Fresno.”

The Governor’s Office of Business and Economic Development (GO-Biz) in California recently updated its Opportunity Zone website to include funding opportunities, resources, best practices, and tools to support economic and business development in economically distressed communities.

Dee Dee Myers, Senior Advisor to Governor Gavin Newsom and Director of GO-Biz, noted that during this post-pandemic recovery period geographically targeted economic development tools, such as Opportunity Zones and other place-based programs are top of mind for many local economic development organizations.

“As we enter our California Comeback, communities need to access every tool in the toolkit. The new Opportunity Zone site provides vital information to ensure your transformative investments support a sustainable and inclusive economic recovery for California,” Myers said.

If you’ve been to the Daffodil Festival in Virginia, then you are among those who have visited Gloucester County. With strong maritime roots, this area is known as much for its festivals as it is for its coastal appeal. Located on the western side of the Chesapeake Bay Gloucester County has become an important commercial center for the Middle Peninsula, upper Hampton Roads, and the Northern Neck areas.

County officials have been working hard to attract businesses to the region and were excited when a section of Gloucester County was designated an Opportunity Zone. To attract developers, county officials promoted the news in a variety of targeted publications, and through direct mail campaigns and social media.

Sherry Spring, Director of Economic Development for County of Gloucester says to date the Opportunity Zone has had a positive impact on her community.

As Spring explained, Gloucester’s Opportunity Zone stretches five miles on Highway 17 between Gloucester Point and the community of Ordinary. It encompasses several old commercial buildings and a shopping center. “Having the designation has created new interest from developers searching for the right property to invest in and receive an extra bonus with the tax credits it provides,” said Spring.

She noted that last year, a developer from outside the area selected a shopping center within the zone to buy and redevelop.

The shopping center had struggled for the past decade, and during this time occupancy rates hovered at about 20%. The redevelopment project was recently completed and most agree the turnaround is remarkable. This reimagined space now features 16-individual commercial suites and has an occupancy rate of 70%.

“This is truly a success story for Gloucester,” Spring said. “The community is optimistic more successes are in the future for revitalization projects because of the OZ designation.” While most often Opportunity Zones are synonymous with urban renewal, Spring said it’s clear other types of areas can benefit as well. “Opportunity Zones are not only important for larger projects in big cities, but also rural communities such as ours.” 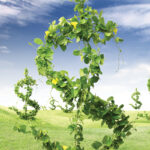 As part of the 2017 Tax Cuts and Jobs Act, Qualified Opportunity Zones across the U.S. provide a vehicle to reinvest capital gains for near- and long-term tax benefits. READ MORE…