From the March/April 2022 Issue

Automotive plants—both electric and traditional—are opening up across the country and that has many economic developers pulling out all the tricks to get auto companies to consider their states and regions.

The result is the most competitive landscape for the auto industry in the last 75 years. To the winners go the spoils and that is often a multi-million square-foot assembly plant that employs thousands and creates many associated jobs.

To the losers—and not one wants to be a loser in this category—goes the chance to compete for the next factory to open and the hope that they will be selected next time. 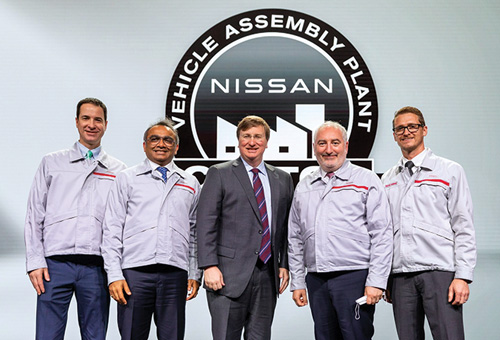 Mighty Mississippi: Driven To Succeed In The Automotive Industry

Since the 2003 opening of Nissan’s 3.5 million-square-foot assembly plant in Canton, MS, the state has been a key player in the automotive manufacturing industry. Nissan quickly became the catalyst for growth in this crucial sector, with Toyota and PACCAR subsequently establishing plants in Mississippi, along with a host of automotive suppliers, like Continental and Yokohama Tire. Now, Mississippians produce some of the world’s best-selling vehicles and parts, prompting companies to continue investing in their existing operations and opening new locations in the state.

In February, Nissan once again put Mississippi on the world’s stage as the company announced its plans to build two all-new, all-electric vehicles in Canton. Nissan is investing $500 million to begin production of Nissan and Infiniti EVs, marking nearly $4 billion invested in Mississippi since 2003. Nissan also is upskilling nearly 2,000 of the approximately 5,000 employees at the Canton plant to not only ensure these jobs remain in Mississippi, but to prepare its workforce to take on these in-demand jobs of the future.

The reasons why some of the automotive industry’s heaviest hitters continue investing in Mississippi are abundant. Perhaps they prefer the state’s business climate, which is as hospitable as the people who call Mississippi home. Maybe it’s the “no red tape” way of doing business that is so attractive to some of the world’s biggest automotive brands.

The state’s low operating costs, highly trained workforce, integrated transportation network and efficient regulatory environment help businesses stay competitive with low overhead. Seventy-six publicly owned and four privately owned airports, six interstate highways covering 698 miles, and 800 miles of commercially navigable waterways, including the Mississippi River and the Gulf of Mexico, make traversing the state—and getting products quickly to market—a breeze. Additionally, Mississippi takes a proactive approach to developing the workforce of tomorrow, today. Companies doing business in Mississippi have access to talent from eight universities, 15 community colleges and a research consortium composed of four universities, all creating an ecosystem that positions them for success now and well into the future.

Mississippi welcomes the opportunity to work on a cost-free basis to evaluate options for establishing a location in the Magnolia State. Contact the Locate Mississippi team at 1.800.360.3323 or locateinms@mississippi.org.

Want to learn more about corporate expansion in the automotive sector?

Check out all the latest news related to the automotive industry and economic development, corporate relocation, corporate expansion and site selection.