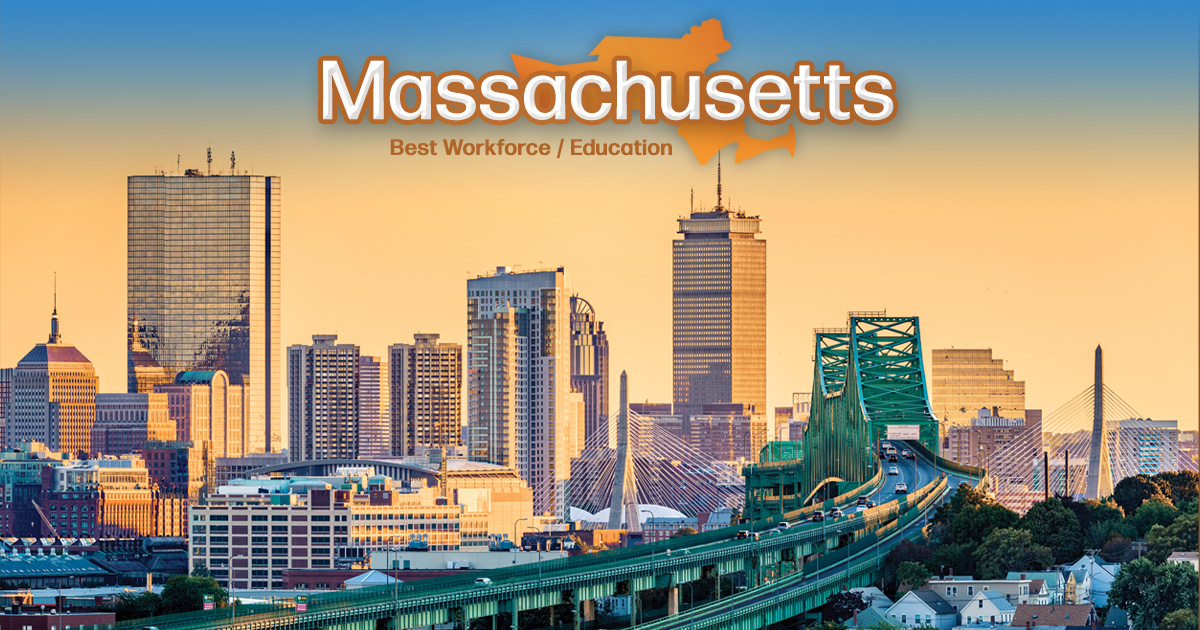 By Carol Radice
From the January/February 2022 Issue

The Commonwealth of Massachusetts has had many monikers bestowed to it over the years including the The Baked Bean State, The Bay State and The Puritan State, but it is the state’s considerable number of higher education institutions and skilled workers that has earned it the distinction of being named the Best State for Education and Workforce by Business Facilities magazine for 2021.

As a state, Massachusetts is no stranger to being a leader. Its business leaders have long understood that to be a competitive economic force the state needed to be seen as an ideal place for businesses to operate in and where employees wanted to work.

To this end, under the leadership of Governor Charlie Baker, several programs have been developed with the goal of unlocking economic development opportunities across neighborhoods and business parks in the state. The governor’s office has announced plans to make significant investments in housing, workforce training opportunities and downtown development this year.

“Our state has long had a reputation for being an attractive place for businesses to call home,” said Terry MacCormack, press secretary for the governor’s office, noting that the growing population of well-trained, highly educated, diverse workforce to and top schools and universities is helping drive innovation in the state.

Among the groups working toward attracting and retaining businesses in the state is the Economic Assistance Coordinating Council. Since 2015, the EACC has approved more than 300 economic development projects which led to the creation of 24,300 jobs, and retention of 41,000 existing jobs. Additionally, during this time the EACC has assisted hundreds of manufacturing companies with their business development needs, including James Hardie Building Products. JHBP acquired the former National Envelope site in Westfield in 2019 and wanted to upgrade and expand the current footprint of the facility by 50,000 square feet. The EACC Board approved nearly half a million in EDIP investment tax credits and the city of Westfield approved a 10-year TIF valued at approximately $2.2 million. 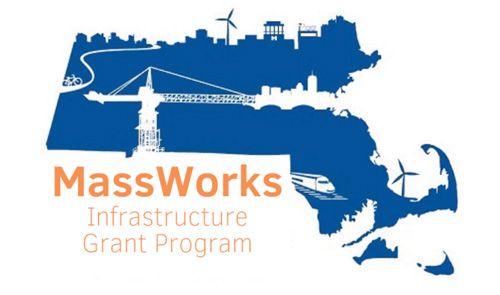 Michael Verseckes, director of media and public relations at the executive office of housing and economic development, said state leaders have work tirelessly over the years to encourage companies to do business here. One of the state’s most successful programs, MassWorks, was created to assist with public infrastructure upgrades necessary to attract high impact projects. The program assists cities and towns with funding to support and accelerate housing production and job growth. To date, the governor’s office has awarded more than 300 MassWorks grants and invested $600 million in public infrastructure projects throughout the Commonwealth. These grants have directly supported the creation of more than 20,000 new housing units and tens of thousands of new construction and permanent jobs, while also leveraging more than $13 billion in private investment.

MassWorks is the largest program in Community One Stop for Growth, a single application portal and collaborative review process for grant programs launched last January to make targeted investments based on a development continuum. Including MassWorks grants, the Community One Stop for Growth program awarded $88 million for 196 projects in 122 communities across the Commonwealth in its first year.

The town of Franklin is a recipient of a MassWorks grant. The money will go toward improving a local throughway that connects multiple economic opportunity areas and will also support ongoing and future commercial development along the corridor, including a new $20 million industrial warehouse. “Robust infrastructure is key to supporting the vitality of our municipalities,” said State Senator Becca Rausch. “I look forward to seeing the lasting impacts of this project on local job creation and economic development.”

According to Verseckes, stimulating new growth in the state has been a key factor in its ability to consistently attract a skilled workforce, especially those who are college educated and under 25. And by all signs the effort seems to be paying off. Since April 2020, the state has gained more than half a million jobs, the largest gains occurred in leisure and hospitality; professional, scientific and business services; and education and health services.

Read about our other 2021 State of the Year winners: Virginia and Tennessee.