Fetch Rewards will invest more than $1 million to open a new office facility and customer-support hub in Birmingham, AL. Based in Madison, WI, Fetch Rewards is the fastest-growing consumer rewards app in the U.S. The project, which will create 200 new full-time jobs in the area, reflects the company’s rapid growth as it continues to scale its technology and employee headcount in service of its mission to build the world’s rewards platform. 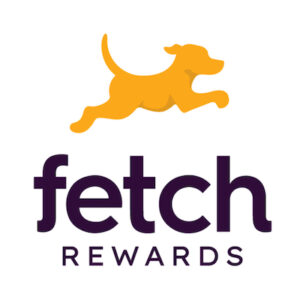 “With Fetch continuing to grow exponentially, Birmingham is the perfect place to launch the next chapter of our expansion,” said Wes Schroll, Fetch CEO and founder. “It’s an up-and-coming technology and entrepreneurship hub with an incredible pool of local talent. We deeply appreciate the warm welcome we’ve received from state and county officials, and we’re so excited to be part of this community.”

The company’s new office is in the Parkside District and will be completed this spring. Fetch has a remote-first hybrid office model, giving its distributed workforce the option of working from anywhere while providing the infrastructure for in-person collaboration when needed.

Fetch recently surpassed $100 billion in actionable gross merchandise value (GMV), making it equivalent to the nation’s seventh-largest retailer. With over 500 global brands on its roster and proven ability to influence consumer behavior, Fetch represents the future of digital marketing and provides significant competitive advantage for brands seeking to forge deeper relationships with consumers.

“Fetch Rewards’ decision to base a new operation in Birmingham is great news for the city and for the entire state of Alabama,” said Governor Kay Ivey. “They will find that Birmingham is a welcoming, tech-savvy home where they can find all the ingredients needed to build a successful business operation.”

“We are extremely excited to bring another great addition to Jefferson County’s tech ecosystem,” said Jefferson County Commissioner Steve Ammons, who chairs the Commission’s Economic Development Committee. “Fetch is a well-established national company bringing 200 high-paying jobs with this project. This is another excellent example of how working together lets companies know that Jefferson County is ‘Open for Business.'”

“We are thrilled to see the continued momentum of Birmingham becoming a tech hub in the Southeast with the addition of Fetch Rewards,” said Ron Kitchens, CEO of the Birmingham Business Alliance, which worked with the company on the project. “These are high-paying tech jobs with an average salary of $89,000 a year, which will attract even more people to our region. The presence of Shipt, Landing, Fetch and many others that are hiring hundreds of people right now is a great thing for our community.”