Home » Magazine » State Focus » Illinois: Building The Future In The Land Of Lincoln

The 18th largest economy in the world, Illinois has grown and attracted some of the most innovative and iconic companies on the planet—including Amazon, Caterpillar, Boeing and Wrigley Company—thanks to its many advantages for business and talent.

Among the state’s greatest assets are its talent pool of nearly 6.5 million people—about a third of whom hold a bachelor’s degree or higher—and one of the finest transportation and logistics networks in the country. Tax credits are offered by its partners at the state and local level to select companies considering alternative locations. 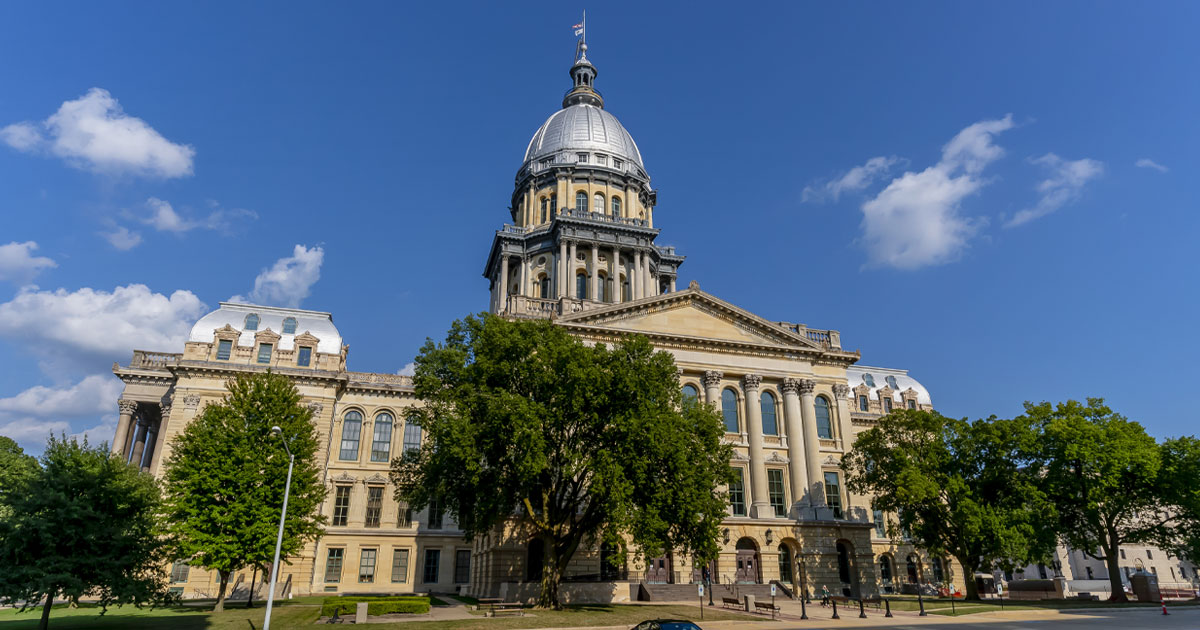 Strategically located at the heart of the country, Illinois is the crossroads of commerce that puts businesses, people and goods within a four-hour flight of the entire North American market—not to mention non-stop service to more than 50 international destinations.

On top of that, Illinois companies benefit from a world-class transportation and logistics network, reliable, low-cost energy, abundant water and natural resources and a highly educated workforce supported by more than 200 higher education institutions.

The facility is expected to come online in the second half of 2022, setting into motion annual production capacity of 20,000 zero-emission vehicles a year.

The new 900,000-square-foot facility represents Lion Electric’s largest dedicated production site in the U.S. The company’s expansion helps respond to increasing demand in the marketplace for “Made in America” zero-emission vehicles, while simultaneously bringing production closer to its customers. Lion’s investments also help bring Illinois closer to its own clean energy goals, with plans to increase adoption of EVs in the state to one million by 2030.

“Lion is the leader in electric school buses and has always been dedicated to the U.S. market, and our commitment to be close to our customers is one of the core values we have as a company,” said Marc Bedard, CEO and Founder of Lion.

The Will County region has a rich history of manufacturing, and Lion plans to build a robust local supply chain within the area. In addition, the Joliet location offers Lion a geographically centralized base of manufacturing and operations, with access to key infrastructure and distribution channels.

This additional production capacity will aid Lion in scaling electric bus production as the U.S. market moves to electrify a large portion of its school bus fleet, as well as to produce a larger number of heavy-duty zero-emission trucks as governments and operators throughout the U.S. look to decarbonize freight and transportation fleets. Over the last decade, Lion has established itself as a leader in the zero-emission heavy-duty vehicle industry, having delivered over 390 all-electric heavy-duty vehicles in North America with over 7 million miles driven since 2016.

Illinois is poised for strong growth in the EV sector in the years ahead, with industry experts predicting EV jobs to double by 2024. To ensure Illinois has a pipeline of skilled talent to meet demands, the State of Illinois recently announced a $15 million investment to develop two Manufacturing Training Academies that will help boost skills training for a variety of jobs supporting growth of the manufacturing industry, including training for electric vehicle manufacturing.

Location is one of the community’s key assets, offering incomparable positioning within the Chicago region. Arlington Heights is served by two Metra commuter rail stations, connecting it to Downtown Chicago in under 45 minutes. Arlington Heights also provides immediate access to three interstate highways, and is conveniently located just 15 minutes from both O’Hare International Airport (ORD) and Chicago Executive Airport (PWK).

Access and location have validated Arlington Heights as a great corporate destination. Fortune 100 company Northrop Grumman, and Global 500 financial powerhouse HSBC, have both invested new locations in the community in recent years. Meanwhile, both Amazon and Frito-Lay (a subsidiary of PepsiCo) are opening warehouse/distribution facilities to take advantage of the community’s position within the Chicago metro area. Arlington Heights also continues to serve as long-time home for other significant employers such as GE Healthcare, and Paddock Publications which produces The Daily Herald, one of the nation’s 75 largest newspapers in terms of circulation.

Retail also thrives in Arlington Heights. In 2019, the business community conducted nearly $1.3 billion in retail sales. Rapidly-growing grocery chain Mariano’s, which now boasts over 40 locations throughout the greater Chicago metropolitan area, opened its very first store in Arlington Heights. And Mitsuwa Marketplace, the largest Japanese grocery store in the Midwest, serves as a destination for patrons throughout the region and services a large tourist population.

Arlington Heights also remains a target of significant development. The Arlington Downs project is a new and exciting addition to the Chicago market. Plans for the $250 million mixed-use development include over 800 residential units and a 115-room hotel, in addition to retail, restaurant and entertainment space. That includes First Ascent, a rapidly growing climbing and fitness facility, which is constructing a 40,000-square-foot showcase gym on the site. Set on over 27 acres of land, Arlington Downs has immediate highway access and is becoming a unique Chicagoland destination.

As part of the community’s efforts to grow and support commerce and industry, Arlington Heights also offers a Zero Interest Loan program available to both new and existing businesses. Interested business or property owners can apply for an interest-free loan of up to $20,000. Eligible expenses range from the purchase of new equipment, to technology upgrades, to improvements of existing facilities. Large industrial and commercial users may also be eligible for the Cook County Class 6/7 programs, which can abate property taxes on redeveloped properties by as much as 60 percent.

Quality of life is exceptional in Arlington Heights, with many of its high school students attending two of the State’s top 25 public high schools (U.S. News & World Report). Robert Morris University offers a satellite campus, helping locals achieve an advanced education while simultaneously earning a professional living. The Arlington Heights Memorial Library is regularly ranked among the nation’s best public libraries for its size and has been awarded “Five Stars” by Library Journal, the publication’s highest rating. The community is also served by the Arlington Heights Park District and its 50+ public parks. Health care rates highly as well thanks to Northwest Community Hospital, which continues to expand its campus and patient services.

Arlington Heights also features a unique, vibrant and award-winning Downtown, offering an enticing urban lifestyle with 25+ shops and boutiques. Cuisine is a key ingredient to Downtown’s success, hosting a diverse collection of nearly 40 one-of-a-kind restaurants and casual eateries. And Arlington Alfresco, which features pedestrian-friendly outdoor dining for more than a dozen restaurants, proved to be one of Chicagoland’s most sought-after dining destinations over the past two years.