By the BF Staff
From the July/August 2021 Issue

The terminal is equipped for the influxes of cargo delivered by today’s megaships, with 30 ship-to-shore cranes, 172 rubber-tired gantry cranes and nine container berths—more than any other U.S. terminal. Another eight ship-to-shore cranes arrive in 2023.

Currently, the Georgia Ports Authority is expediting projects to add 1.4 million twenty-foot equivalent container units of annual capacity. Expansion efforts include the Peak Capacity project, which will add 650,000 TEUs of annual container yard capacity in two phases at Garden City Terminal, with the first phase opening in September 2021. The Georgia Ports Authority is also developing 92 acres adjacent to the Mason Mega Rail Terminal. This development will be commissioned within two years and add 750,000 TEUs of annual capacity.

On the docks, the Georgia Ports Authority has started construction to straighten a bend at Berth 1 of Garden City Terminal. This will allow the Port of Savannah to simultaneously serve four 16,000-TEU vessels, as well as three additional ships. Berth 1 renovations will add an estimated 1 million TEUs per year of berth capacity by June 2023.

Featuring the largest on-terminal rail terminal for a port in North America, Savannah is poised to rapidly increase service to inland markets, from Dallas to Memphis, and into the Midwest via Class I rail providers CSX and Norfolk Southern. Upon completion, the 85-acre Mason Mega Rail Terminal will build and receive six 10,000-foot trains simultaneously.

“I am proud of how our team has not only handled unprecedented cargo volume, but simultaneously advanced long-term capacity enhancements that existed only on paper into fully-funded projects that will begin coming online this September,” said Georgia Ports Authority Executive Director Griff Lynch.

In addition to these projects, Lynch detailed a plan to add a transloading facility on a 90-acre parcel just upriver from Garden City Terminal. He said a cross-docking warehouse will be completed in the summer of 2022, served by a yard with nine RTG cranes and an annual capacity of 400,000 TEUs.

Efficient port services and a strategic location central to the U.S. Southeast make Georgia Ports an important factor in the location of industries involved in international trade.

Also in May, the state of Georgia and the Savannah Harbor-Interstate 16 Corridor Joint Development Authority announced the purchase of a 2,284-acre economic development site. The purchase of the Bryan County Mega-Site is the largest in state history.

The Bryan County Mega-Site is strategically located adjacent to Interstate 16 with immediate access from I-95 and I-16 to 250 major metro areas, including Atlanta, Birmingham, Charlotte, Memphis and Orlando. The site is less than 30 miles from the Port of Savannah. Rail service to the site is provided by Georgia Central Railway, a short line railway that connects to CSX in Savannah and Norfolk Southern near Macon in Middle Georgia. Industrial utilities are adjacent to the site, and extensive due diligence reports have been completed to reduce barriers to speedy operations.

Statewide, Georgia’s ports support nearly 500,000 full- and part-time jobs across the state, according to a study released by the Selig Center for Economic Growth at the University of Georgia’s Terry College of Business.

The latest figure is based on Fiscal Year 2019 impacts, and represents an increase of 57,500 jobs (up 13 percent) compared to the previous report covering FY2017. Georgia ports now account for 10 percent of total state employment. Personal income derived from port-supported jobs totaled $29 billion statewide in FY2019.

The Port of Savannah provides fast access to 45 percent of U.S. consumers and manufacturers. Immediate access to I-16 (East/West) and I-95 (North/South), means key cities and manufacturing points throughout the U.S. Southeast and Midwest may be reached within a one- to two-day drive.

The VLCDA makes it easy for small, medium and large companies to establish healthy roots for success and foster relationships with existing businesses to ensure continued growth.

Key industries in Valdosta-Lowndes County include advance manufacturing, distribution and logistics, and agribusiness and food processing.

Valdosta-Lowndes County serves as an economic, service, professional, retail, healthcare and tourism hub for a 15- to 18-county region within South Georgia and North Florida.

With eight industrial parks, Valdosta-Lowndes County is a perfect fit for almost any industry. Each park has unique attributes, including rail service for plastics and manufacturing to parks situated near Interstate 75 and north of Interstate 10 for distribution and service industries. Three industrial parks—Bassford Business Park, Miller Business Park and Westside Business Park—are recognized as Georgia Ready for Accelerated Development (GRAD) sites.

Valdosta-Lowndes County is home to a thriving K-12 education system that continues to provide excellent educational opportunities to the county’s future workforce. It is also home to five higher education institutions, including Valdosta State University and Wiregrass Georgia Technical College. 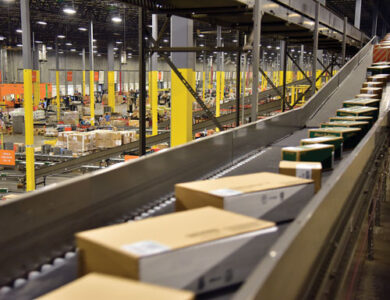 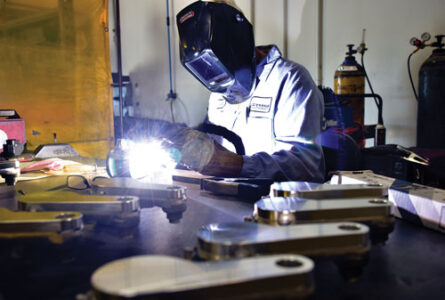 A comprehensive university, Valdosta State University is home to approximately 12,300 students and offers nearly 200 academic programs leading to associate, bachelor, master, specialist and doctoral degrees, as well as options to add a certification, minor, endorsement or certificate to that degree. In addition, Valdosta State University students participate in various experiential learning opportunities, including projects that support the growth of rural South Georgia, study abroad and exchange programs, internships, cooperative and service-learning, life-changing research and student-clinician experience in one of the university’s on-campus clinics. While most Valdosta State University students reside in Georgia, enrollment includes students from all 50 states, the District of Columbia and more than 65 countries.

Valdosta-Lowndes County is a great place to do business, and the VLCDA works closely with businesses to help them succeed. Whether it’s an expansion, relocation or startup, the VLCDA is working to build a groundbreaking community.