It still seems like it happened yesterday. The deep blue sky of a crisp September morning obscured by churning clouds of death and destruction. People busy with the rush-hour routine of another workday in a great city suddenly frozen in place, all eyes looking up in horror. But Sunday will mark the 15th anniversary of the terrorist atrocities that occurred on September 11, 2001. 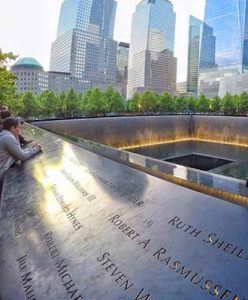 Much has changed since the attacks in New York, Washington, DC and Pennsylvania. The 16-acre World Trade Center site, for almost a decade a gaping hole in lower Manhattan, has been transformed into a sparkling hub anchored by the tallest building in the Western Hemisphere and an iconic $4-billion train station shaped like a giant bird from polished marble. These edifices surround the reflecting pools of the 9/11 Memorial, which rest in the footprints of the original Twin Towers and are etched with the names of the 2,973 people who died on that terrible day.

But what has not changed in 15 years is this: the mass murderer who by his own admission organized and executed the deadliest attack on U.S. soil has not stood in front of a jury of 12 Americans. He has not heard them deliver a final verdict and the only sentence that can render justice to the victims of 9/11.

Fifteen years after the 9/11 attacks, 13 years after he was captured in Pakistan and eight years after he was formally charged with murdering 2,973 people, Khalid Sheikh Mohammed resides in a bogus military prison in Cuba. There he sits, lolling in the tropical sun, his days occasionally interrupted for brief visits to a special $12-million facility that serves as a bogus courtroom for a bogus military tribunal that conducts sham legal proceedings that the U.S. government now says it may need at least another decade to conclude.

Justice for the 9/11 victims has been kidnapped and taken to a secret place, a procedure the CIA used to call extraordinary rendition. There, hidden from view, the truth is being redacted in one “pre-trial hearing” after another in the name of national security. We already know what lies under the black ink that obscures paragraph after paragraph, but our leaders have decided to file this case in the unmarked cabinet where we lock away the episodes that contradict our national narrative, our visits to the place Dick Cheney called “the Dark Side.”

The disgraceful charade in Guantanamo achieved a new low recently, when arguments were heard about permitting the relatives of 9/11 victims to testify later this year about the impact of KSM’s crime on their lives. Such testimony normally is rendered during the sentencing phase of a trial, but there now is a very real concern that the 9/11 relatives will not live long enough to participate.

Military lawyers conducting the ultra-slow-motion prosecution of KSM and four accomplices have requested that members of the victims’ families be allowed to testify before the trial begins because of their “advanced age and general health concerns.” The oldest proposed witness is an 83-year-old man whose son, daughter-in-law and granddaughter were killed aboard United Airlines Flight 175 when it crashed into the South Tower of the World Trade Center. The youngest proposed family witness is 65.

The trial of the ringleader of 9/11 has not been delayed because of a lack of admissible evidence. When KSM was captured in Karachi on March 1, 2003, the hard drive of his computer also was grabbed. Inside were the details of KSM’s involvement in every major al Qaeda terrorist attack between 1993 and 2003, including the first attack on the World Trade Center, a bombing that killed six people and injured more than 1,000; the computer files also contained numerous incriminating communications between KSM and Osama bin Laden. The hard drive is just the tip of a mountain of evidence amassed against KSM, who was not as meticulous in covering his tracks (he often used his home and work addresses in Qatar, where he was a public works engineer, to receive communications) as he was in planning terrorist atrocities.

In addition to the evidence, we have KSM’s confession. Standing before the military tribunal in Guantanamo on March 10, 2007, he delivered a lengthy opening statement, which he said he was making of his own volition (“I hereby affirm and admit without duress to the following,” he began). The transcript of his testimony has been declassified; here’s the gist of it:

KSM said he was the Operational Director conducting jihad for al Qaeda. He said he was directly responsible for 29 terrorist attacks that took place or were attempted between 1993 and 2003, listing each operation in detail and making it clear that he was the guy in charge. He wanted us to know that it was his hand holding the knife over Wall Street Journal reporter Daniel Pearl’s head moments before Pearl was murdered by KSM and a video of the crime was posted on the Internet.

We also have his guilty plea. After the U.S. government formally charged KSM and his accomplices with 2,973 individual counts of murder and said it would seek the death penalty, KSM told the judge at his arraignment that he wanted to represent himself and plead guilty to all charges in connection with his role in the 9/11 attacks so he could become a martyr. The judge denied the request.

Briefly, in 2009, it seemed that the 9/11 trial might be taken out of the nebulous military proceeding in Cuba and moved to a U.S. Federal District Court that operates under the legal framework defined by 240 years of American jurisprudence. The day after he took the Oath of Office, President Obama signed an executive order closing the Guantanamo prison. Obama also asked the military tribunal at Guantanamo to halt the 9/11 trial while Attorney General Eric Holder initiated the process of moving it to the federal court in Manhattan.

The backlash from a chorus of politicians, including Congress and the New York City Mayor’s Office, was intense. They all sang the same song: it’s too dangerous to bring KSM to New York, it will make the city a terrorist target (yes, they actually said that); the security required to hold the trial in lower Manhattan will create years of gridlock in the nation’s financial capital; the 9/11 terrorists don’t deserve the due process of the American legal system.

Behind closed doors in Senate hearing rooms, another stanza was quietly hummed: do we really want to let KSM’s lawyers question government officials in public about the 183 times their client was water-boarded at a secret CIA facility overseas? Do we want a federal judge deciding how much of the CIA’s rendition program can be examined during a trial? Much better to consign the matter to a military proceeding at a base in a foreign country that Americans were prohibited from visiting, a proceeding where we could make up the rules as we went along without objection, a place where we could keep a “trial” in legal limbo for so long people would forget it ever got started.

So Congress passed a law prohibiting the Obama Administration from closing the Guantanamo prison and from moving KSM and his accomplices to the United States from Cuba; they attached this law to a huge Defense Authorization Bill funding the military and, in 2011, Obama meekly signed it.

President Obama’s resume says he taught Constitutional Law at the University of Chicago before he went into politics, but perhaps he skipped the class about the separation of powers. Don’t bother looking for an Article that says the Legislative Branch can tell the Executive Branch to instruct the Judicial Branch where to conduct a trial, because it’s not in there.

It’s time to remember something else that hasn’t changed since September 11, 2001.

This nation was not founded by cowards. The fundamental rights for which our founders pledged their lives, their fortunes and their sacred honor are not a weakness; they are, they always have been and they always will be our greatest strength. The most powerful thing we can do to defend America is to be Americans.

That famous line delivered in a film about a fictional trial held in Guantanamo doesn’t apply to us. We can handle the truth, and we demand it—the whole truth and nothing but.

It’s time to deliver justice to the victims of 9/11 by putting the perpetrators of the attacks on trial in an American courtroom on American soil. Bring KSM and his henchmen back to the scene of their hideous crime and make them stand before 12 New Yorkers who will speak for all of us. Do it now.