Arlington, VA is the top mid-sized metro with the Best Business Climate in Business Facilities‘ 17th Annual Rankings Report. Arlington’s next-door neighbor, Alexandria, VA, is the magazine’s No. 1 small metro (population under 200,000) in the same category.

“Amazon’s decision to build its HQ2 in Arlington includes the development of some tech crown jewels in Alexandria, so it shouldn’t surprise anyone that they’re both wearing our Best Business Climate crown,” BF Editor in Chief Jack Rogers said. “Together, they form the epicenter of a thriving tech hub across the river from Washington, DC.” 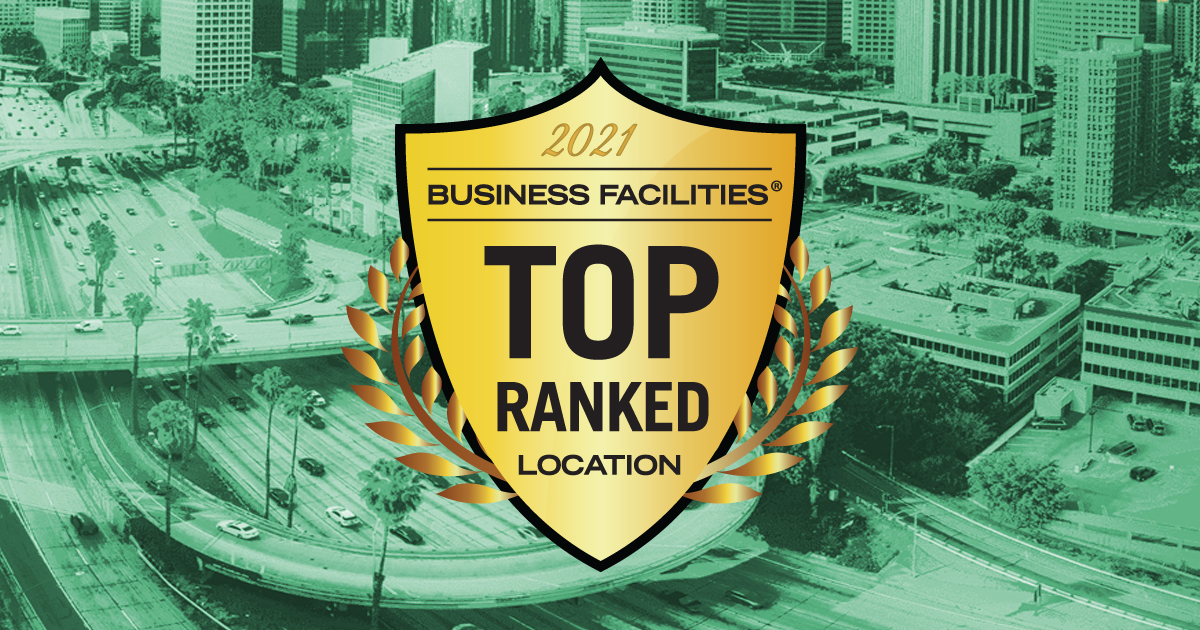 Amazon’s second headquarters is expected to create 25,000 direct jobs within 20 years and more than 22,000 indirect jobs during the same period, generating an estimated direct economic impact of more than $55 billion, Rogers said.

The National Landing site for HQ2, which straddles Arlington and Alexandria alongside the Potomac River, contains over 17 million square feet of existing commercial space and 150 acres of developable land. The site offered Amazon the rare combination of a massive site in a vibrant, transit-rich, urban location that is a magnet for top talent.

Virginia Tech’s $1-billion Innovation Campus in Alexandria, which will be built on 3.5 acres in the first phase of a new mixed-use development and innovation district near the future Potomac Yard Metrorail Station, was part of the package that secured the HQ2 deal with Amazon, BF’s 2018 Deal of the Year Gold Award winner.

“This is a breakthrough year for West Virginia in our Rankings Report,” Rogers noted. “The state and its capital have both joined the top 10 in our flagship ranking for Best Business Climate.”