The New York Power Authority’s (NYPA) Board of Trustees has approved 11 economic development awards which will support more than 620 jobs across the state and spur more than $127 million in private capital investments. Eight of the awards are being provided through ReCharge NY energy allocations, while the remaining three are tied to specific initiatives focused on Western New York. The board also updated the criteria for evaluating economic development awardees to include the applicants’ support of green jobs and manufacturing in the New York.

“The pandemic has had a devastating effect on the economy, but this great challenge also poses an opportunity for New York to build back better than ever before,” said Governor Andrew M. Cuomo. “In line with our green goals, we’re providing some of the cleanest and lowest-cost electricity in the state to lessen the economic burden caused by COVID, bolster New York companies and nonprofits in this new normal, and to keep and create jobs in our state.” 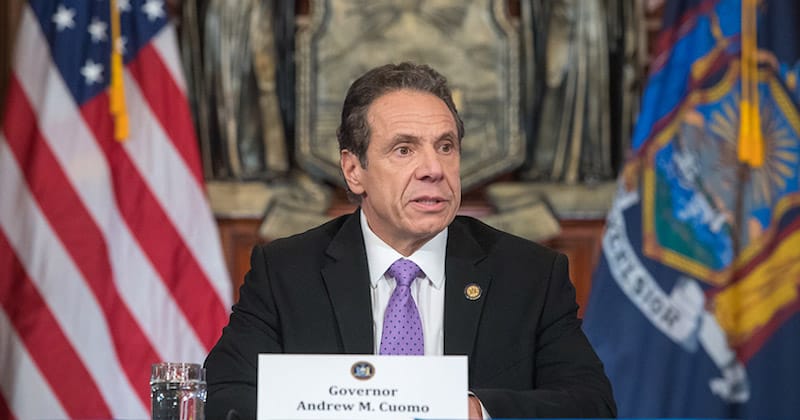 “We are committed to continuing to invest in economic development and job training as we battle the COVID-19 pandemic,” said Lieutenant Governor Kathy Hochul. “These economic development awards will help to support more than 620 jobs across the state, including in Western New York. As we work to build back better and strengthen our economy, we want to make sure New Yorkers have the opportunities and resources to retain and secure good jobs while advancing our efforts to revitalize communities and combat climate change for a cleaner, greener and stronger New York State.”

The approved allocations of more than 5,400 kilowatts (kW) of low–cost power under the ReCharge NY program are directed to eight companies in Central New York, Western New York, and on Long Island and directly support 523 jobs—81 newly created—and nearly $113 million in capital investments.

The ReCharge NY program has strengthened New York State’s economy by encouraging companies to retain and create jobs, while sparking capital investment throughout the state. ReCharge NY offers power contracts up to seven-years. Half of the power—455 megawatts (MW)—is from NYPA’s Niagara and St. Lawrence-Franklin D. Roosevelt hydroelectric power plants. The remaining 455 MW is lower-cost power bought by NYPA on the wholesale market.

“As we near the end of a very difficult year, NYPA continues to leverage all of its economic development tools to support jobs and capital investment growth across New York,” said John R. Koelmel, NYPA chairman. “The statewide power allocations through the Governor’s ReCharge New York program and our Niagara hydropower allocations and funding awards in Western New York are designed to return employees across the state back to work safely.”

Gil C. Quiniones, NYPA president and CEO said, “Under the Governor’s NY Forward plan, the state is safely moving forward from the pandemic and NYPA is committed to aiding businesses striving to rebound. Today’s power and funding allocations will provide a significant lift to enterprises across the state as these benefits go directly to their bottom-line.”

Empire State Development Acting Commissioner and President & CEO-designate Eric Gertler said, “We are proud to work with NYPA to support Western New York manufacturers as they meet this year’s extraordinary economic challenges. The continued success and expansion of MonoSystems, adding new jobs and opportunities, is just one example of how the community is working hard to build back better.”

The NYPA board also approved a 700-kW hydropower allocation to Niagara Specialty Metals in Akron and a 180-kW hydropower allocation to MonoSystems in Buffalo. Niagara Specialty Metals, a manufacturer of steel and metal products, will be creating five new jobs, retaining 37 more, and making nearly $13 million in capital investments. The 10-year power allocation will support a multi-year expansion that calls for the purchase of processing equipment, including the purchase and installation of a new rolling mill to produce alloys.

MonoSystems, a manufacturer of wire and cable solutions primarily used by electrical engineers and contractors, will be creating 15 new jobs, retaining 80 more and will be making more than $420,000 in capital investments. The 10-year power allocation will support the firm’s expansion of its Buffalo facility and allow the company to produce extruded polyvinyl chloride, which it currently purchases from China. In addition, Empire State Development (ESD) is assisting the company with the expansion project with up to $240,000 in Excelsior Jobs tax credits in exchange for the job creation commitments.

A final $220,000 award was also approved under the Western New York Power Proceeds program to River Road Research that will leverage more than $1 million in capital investments. The enterprise is seeking to establish an operation in Buffalo to transform food waste into an insect protein that can be used in aquaculture and poultry feeds. The new processing location will include an egg production room, growth room, vacuum dryer, and screw press to demonstrate viability of the technology and develop and commercialize products that can be successfully marketed. The technology is environmentally sustainable and addresses such societal problems as the overfishing of natural waterways, food security and climate change. The NYPA funding award is made possible through net earnings resulting from the sale of unused hydropower generated at NYPA’s Niagara power plant and stems from power proceeds legislation signed into law by Governor Cuomo in 2012.

The NYPA board also approved new criteria for evaluating economic development award applicants to now consider the applicants’ support of green jobs and manufacturing in New York State. This will advance the growing clean energy economy throughout the state under Governor Cuomo and the Climate Leadership and Community Protection Act. NYPA will also begin to report on its support of green jobs and manufacturing through its multiple economic development programs.

“In these uncertain times it is refreshing to see such a promising announcement of economic growth,” said New York State Assemblyman Michael J. Cusick, Committee on Energy chair. “The announcement of the creation of jobs and capital investment in New York State is welcomed news. This announcement of new NYPA approved allocations under the ReCharge NY program is evidence that our state’s goals of creating jobs and producing and supplying clean, efficient, and low-cost energy remain top priorities of the state under any circumstances.”

“MonoSystems took a chance on Buffalo when few others did,” said New York State Assemblyman Pat Burke said. “They moved their operation from New York City to Buffalo back in the early 90s and have been creating jobs and investing in our community ever since. It is very important that the power we produce here in Western New York benefits Western New York; this is a good example of that in action.”

Governor Cuomo’s aggressive climate and clean energy initiative calls for an orderly and just transition to clean energy that creates jobs and continues fostering a green economy as New York State builds back better as it recovers from the COVID-19 pandemic. Enshrined into law through the CLCPA, New York is on a path to reach its mandated goals of economy wide carbon neutrality and achieving a zero-carbon emissions electricity sector by 2040. It builds on New York’s unprecedented ramp-up of clean energy including a $3.9 billion investment in 67 large-scale renewable projects across the state, the creation of more than 150,000 jobs in New York’s clean energy sector, a commitment to develop over 9,000 megawatts of offshore wind by 2035, and 1,800 percent growth in the distributed solar sector since 2011. New York’s Climate Action Council is working on a scoping plan to build on this progress and reduce greenhouse gas emissions by 85 percent from 1990 levels by 2050, while ensuring that at least 40 percent of the benefits of clean energy investments benefit disadvantaged communities and advancing progress towards the state’s 2025 energy efficiency target of reducing on-site energy consumption by 185 TBtus.