Amazon.com, Inc. plans to open a new fulfillment center in Oklahoma City, OK in 2021. The new one million square-foot fulfillment center will employ more than 500 full-time workers who will pick, pack, and ship bulky or larger-sized customer items such as patio furniture, outdoor equipment, or rugs.

“We’re thrilled to announce a new fulfillment center in Oklahoma City as we strive to better serve our customers throughout the state,” said Alicia Boler Davis, Amazon’s vice president of global customer fulfillment. “Our growth in Oklahoma wouldn’t be possible without the amazing local workforce and strong support we’ve received from local and state leaders.” 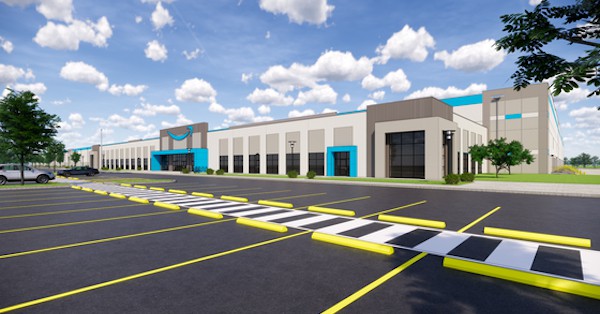 Since 2010, Amazon has created more than 4,000 jobs in Oklahoma and invested more than $650 million across the state, including infrastructure and compensation to its employees.

Amazon’s investments have contributed more than $530 million in GDP to the Oklahoma economy and have helped create over 4,100 indirect jobs on top of Amazon’s direct hires – from jobs in construction and logistics to professional services.

More than 14,000 independent authors and small and medium businesses in Oklahoma are selling to customers in Amazon’s store, creating thousands of additional jobs across the state.

“Amazon’s new facility is another testament to the nation and the world that Oklahoma is open for business,” said Oklahoma Governor Kevin Stitt. “As governor, it is my priority to foster a climate where businesses can grow, thrive and expand in order to provide jobs for hardworking Oklahomans to support their families. I salute Amazon on its expansion and look forward to its continued growth in our state.”

“We appreciate Amazon’s continued investment in Oklahoma City and look forward to the positive impact their presence will have on future job creation and the overall economy of our great city,” said Oklahoma City Mayor David Holt.

“Amazon continues to be an excellent partner and an exemplary employer in Oklahoma,” said Brent Kisling, Executive Director for the Oklahoma Department of Commerce. “At a time when job creation is so vital, we are thrilled that Amazon has chosen to expand their presence in our state.”

Amazon has pledged to invest over $700 million to provide upskilling training for 100,000 U.S. employees for in-demand jobs. The programs will help Amazon team members from all backgrounds access training to move into highly skilled roles across the company’s corporate offices, tech hubs, fulfillment centers, retail stores, and transportation network, or pursue career paths outside of Amazon.

“Amazon’s continued growth in Oklahoma City is a recognition of the strength of our market,” said Roy Williams, President and CEO of the Greater Oklahoma City Chamber. “These 500 jobs are particularly important as people who have lost jobs due to the pandemic are looking for long-term stable employment.”