U.S. Corrugated of Delaware has chosen Dover, DE as the “location of preference” for its new 457,000-square-foot manufacturing facility. Earlier this week, U.S. Corrugated Chief Operating Officer Jeff Coleman joined consultant Andreas Akaras to present the company’s plan at the Council on Development Finance for approval of more than $3 million in performance-based grants from the Delaware Strategic Fund, including a Job Performance Grant of $450,000 and a Capital Expenditure Grant of up to $2.73 million. The project is expected to add 159 jobs to Central Delaware. 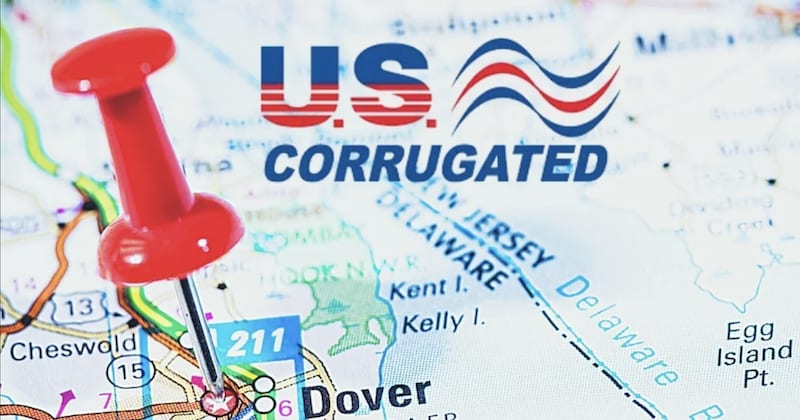 U.S. Corrugated of Delaware is considering Central Delaware as the site for a new $80 million box-manufacturing “super plant” that would feature the latest technology for its industry. The corrugated packaging producer anticipates breaking ground on the project in November.

“Manufacturing has long been part of a strong middle class, and this is another win for Delaware and for Kent County,” said Governor John Carney. “This brings back to the area more of what I call the ‘new old’ jobs that for years have helped Delaware families put food on the table, pay the mortgage and send their kids to college.”

U.S. Corrugated of Delaware previously had been approved for a $600,000 grant from the Delaware Transportation Infrastructure Investment Fund. This grant would support signalization, entrance enhancements and other improvements.

Coleman, a 41-year veteran of the manufacturing industry, mostly in the Mid-Atlantic states, highlighted the opportunities a Dover location would provide U.S. Corrugated. He also noted that both he and the company’s principal, Dennis Mehiel recognize the potential provided by nearby location of a military base.

“The proximity to our existing customer base as well as the opportunity to grow customer base, along with proximity to a trained workforce and key equipment manufacturer suppliers, make Central Delaware the ideal place for our facility, particularly given market segments that are primed for new technology and changes,” said Coleman. “Because we’re also interested in becoming a part of the community, the proximity of Dover Air Force Base would give us a compelling opportunity to engage with those who serve our community and our country.”

Throughout its consideration and decision-making processes, U.S. Corrugated of Delaware has been working closely with the City of Dover, the State of Delaware, Kent Economic Partnership, Delaware Prosperity Partnership, Delmarva Central Railroad and many other community partners.

“Manufacturing jobs are the backbone of a sound local economy,” noted Dover Mayor Robin Christiansen. “I am very pleased as not only would this bring highly skilled and well-paying jobs to our community, it would help balance our economy as well as utilize existing road and rail facilities.”

U.S. Corrugated would be the latest chapter in Central Delaware’s developing story as a Mid-Atlantic hub of manufacturing. Another recent location is the joint venture of Shoreline Vinyl and Duratec, which purchased the former PPG paint plant and its surrounding 51 acres in Cheswold earlier this year for $4.25 million. Maryland-based Shoreline is a PVC fencing fabricator, and Utah-based Duratec focuses on PVC extrusion. In addition, Avalon Industries Incorporated and International Container Corporation, which purchased the Dover Post building on eight acres in Dover for $1.4 million in order to relocate from Baltimore. Avalon Industries makes bags, totes and cases for the Department of Defense, first responders, schools, cities, towns and youth leagues. International Container Corp. makes disposable containers.

“Central Delaware is the perfect location for an advanced manufacturing facility such as U.S. Corrugated,” said Linda Parkowski, executive director of Kent Economic Partnership. “With our strong manufacturing base and skilled workforce, we are looking forward to more manufacturers locating to the area.”