While a majority of U.S. mayors (94%) agree that their city’s economic recovery depends on containing and preventing community spread of the COVID-19 virus, investing in infrastructure to generate jobs and economic growth is the top immediate (69%) and long-term (71%) priority for mayors, according to a new study. “Infrastructure, Technology and Mayors’ Priorities for Confronting a Health, Economic and Societal Crisis,” is a new U.S. Conference of Mayors (USCM) study conducted in partnership with Siemens USA by The Harris Poll. 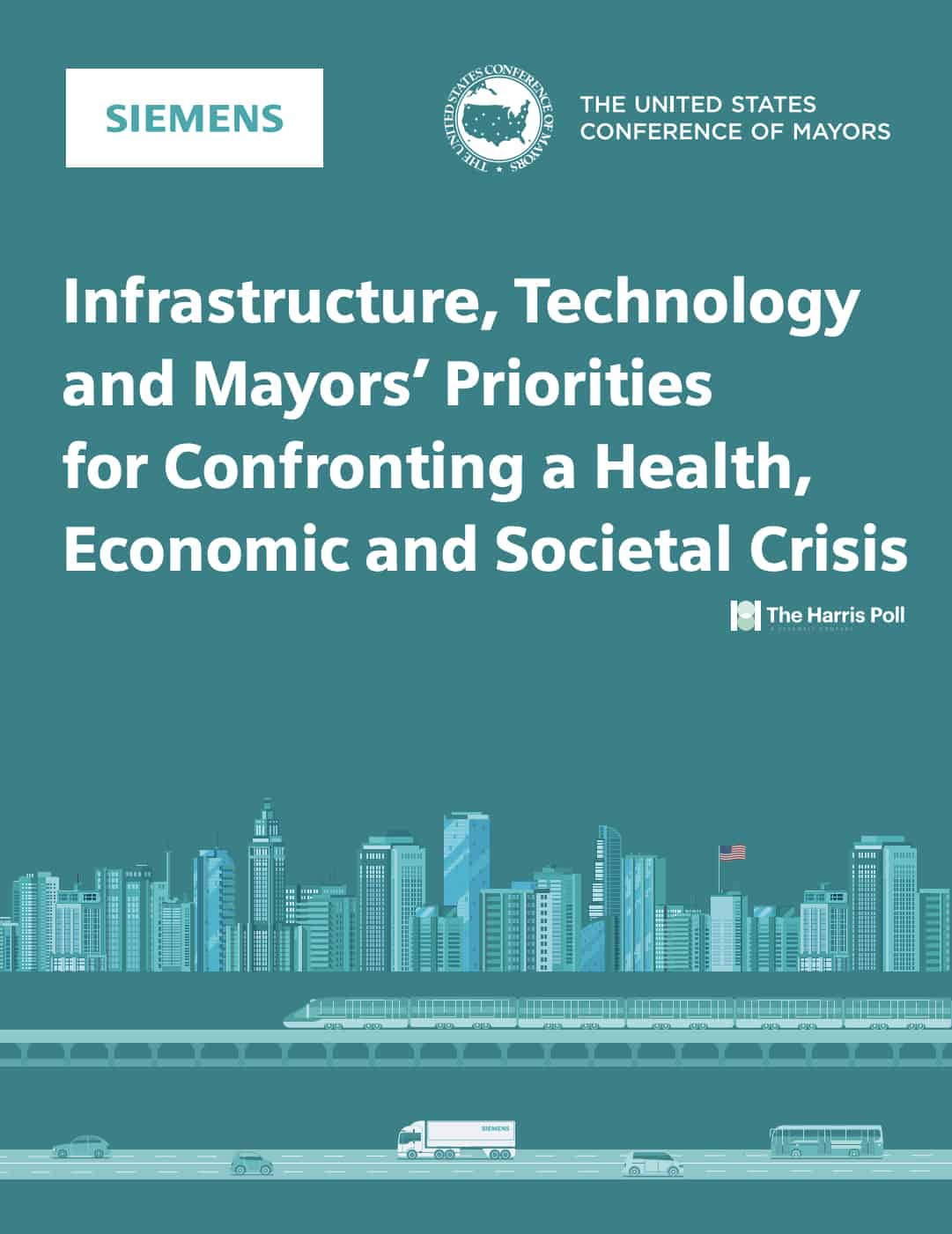 Those priorities, however, are threatened by cities nearly universally reporting declines in their operating budget as a result of the pandemic. Confronted by an unprecedented health, economic and societal crisis due to COVID-19, the study showcases mayors’ collective perspective on the strengths and limits of America’s infrastructure in supporting continuity amid crisis, emergency response, economic recovery, ongoing sustainability goals and the safe reopening of schools, offices, businesses and other vital institutions.

“This survey shows that mayors are more committed than ever to embracing the sparks of innovation and technology with greater urgency to adapt, redefine and reimagine their cities in order to better serve local residents and advance economic recovery,” said Barbara Humpton, CEO of Siemens USA. “Siemens is proud to work with mayors across this country to combat the challenges of COVID-19 and help build more resilient, prosperous communities. The global pandemic has only reinforced our belief that partnership between residents and their cities, partnership between mayors and cities, and partnerships between businesses and the communities are essential to moving our country forward.”

“Mayors know that few things can revitalize an economy and a city like investments in modern infrastructure and technology,” said USCM President and Louisville (KY) Mayor Greg Fischer. “We appreciate private sector partners like Siemens who work with us to leverage our resources to make cities better places to live and work. Rebuilding our infrastructure has been a consistent priority for mayors in cities large and small, but our need is made only more urgent by the COVID-19 pandemic. That’s why it’s so important for lawmakers in Washington to appreciate the severity of the budget crisis that cities are facing as a direct result of the virus. Our potential is only limited by the ability to work to together to address these great challenges.”

Key findings from this survey include:

According to the survey, the vast majority of mayors (94%) agree that the federal government should provide emergency fiscal relief for America’s cities to mitigate the budget shortfalls resulting from COVID-19’s impact on their local economies. And, 86% say that without financial assistance from the federal government, the ability of their city’s economy to bounce back will be significantly delayed.