The Tennessee Department of Economic and Community Development (TNECD) has been awarded a Better Utilizing Investment to Leverage Development (BUILD) Grant from the U.S. Department of Transportation for $7 million to assist with rail construction to connect to the Port of Cates Landing in Lake County.

“We are grateful to the Trump Administration for their continued commitment to rural Tennessee,” said Governor Bill Lee. “This $7 million grant will play a fundamental role in equipping the Port of Cates with rail infrastructure and boosting economic growth throughout Northwest Tennessee. I appreciate the dedication of Senator Alexander, Senator Blackburn, and Representative Kustoff to our rural communities and supporting expanded infrastructure.”

The project will ensure rail, truck and barge access to the Port of Cates Landing and Lake County Industrial Park, a Select Tennessee Certified Site. Once complete, the project will better position the Northwest Tennessee region for investment by companies considering the site for projects requiring rail access.

“This is a monumental win for Lake County. The Port of Cates Landing has the potential to economically transform Northwest Tennessee, and this critical rail grant will enhance the infrastructure for the Lake County Industrial Park,” said TNECD Commissioner Bob Rolfe. “We’d like to thank the U.S. Department of Transportation for this funding, which will support Tennessee’s most distressed county by providing increased opportunities, investment and jobs that will have an impact on this region for years to come.”

“The $7 million dollar funding for the rail to the Port at Cates Landing will be a major economic boost for Northwest Tennessee,” said Sen. Ed Jackson. “This will let Tennessee have a second major port along the Mississippi River Super Waterway for barge transportation. We will now be able to get goods cheaper and quicker in and out of the Northwest part of our state. This will also make Northwest Tennessee a more attractive site for companies to move into. I want to thank the efforts of Congressman David Kustoff and our Tennessee Department of Economic and Community Development Commissioner Rolfe and his team for securing these funds.”

“This rail connecter will have a long-lasting, positive impact for economic development in Northwest Tennessee. It will greatly enhance the viability of an already attractive industrial site and will certainly boost economic growth in Lake County and Northwest Tennessee for many years to come,” said Rep. Rusty Grills. 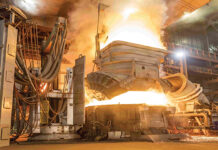