Energix Renewable Energies Ltd., one of Israel’s largest renewable energy companies, will invest $1.1 million to establish its U.S. subsidiary headquarters in Arlington County, VA. The company also considered North Carolina and South Carolina for the project, which will create 33 new jobs. Governor Ralph Northam met with Energix executives in Israel during an international trade and marketing mission in November 2019.

Energix’s U.S. headquarters will be located in a building owned by a fellow subsidiary of Energix parent company Alony-Hetz. In Virginia, Energix has three projects in commercial operation that represent approximately $130 million in investment, six projects ready for construction, and more in development. The company also has projects in development in Arizona and West Virginia. Energix plans to begin construction of its next six projects with an estimated additional investment of $200 million this year. 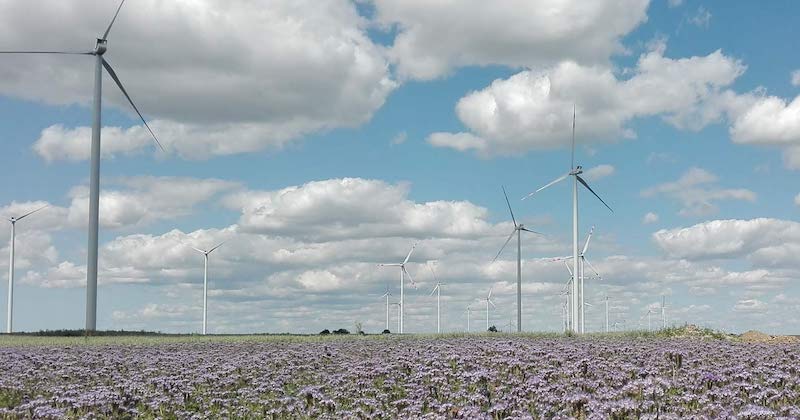 “In light of the strong support the renewable energy industry is receiving from the Commonwealth, led by Governor Northam, we are excited that Energix has chosen Virginia as its primary U.S. market,” said Energix CEO Asa Levinger. “Our conversations with the Commonwealth began in 2016 with the visit of then Governor McAuliffe to Israel and the support of the Virginia-Israel Advisory Board. Governor Northam’s 2019 visit to our Israeli headquarters affirmed our commitment to invest in Virginia. I applaud Governor Northam for his leadership in renewable energy and reducing carbon emissions. Despite these unprecedented times, Energix just completed its first three projects with a total investment of approximately $130 million and is committed to expanding its operations in the Commonwealth. We look forward to providing sustainable, low-cost energy to a growing number of households throughout Virginia.”

The Virginia Economic Development Partnership worked with the Virginia-Israel Advisory Board and Arlington County Economic Development to secure the project for Virginia and will support the company’s job creation through the Virginia Jobs Investment Program (VJIP). VJIP provides consultative services and funding to companies creating new jobs in order to support employee recruitment and training activities. As a business incentive supporting economic development, VJIP reduces the human resource costs of new and expanding companies. VJIP is state-funded, demonstrating Virginia’s commitment to enhancing job opportunities for citizens.

“Virginia’s competitive advantages continue to attract international companies seeking to establish their U.S. headquarters, and we are pleased to welcome Energix to Arlington County,” said Gov. Northam. “Energix has an impressive portfolio of projects in the United States, and we are confident that the company will contribute to our Clean Energy Virginia initiative to create good-paying jobs and drive new investment in this burgeoning industry.”

Founded in 2009 as part of Alony-Hetz Properties and Investments group, Energix Renewable Energies Ltd., is a public company traded on the Tel Aviv Stock Exchange and owns a portfolio of more than one gigawatt of projects in various stages of initiation and development, 417 megawatts under construction or ready for construction, and 361 megawatts in commercial operation. The company has a market value of more than $2 billion and is working to become a leading Independent Power Producer that initiates, develops, constructs, and owns renewables for long-term use.

“We congratulate Energix on establishing its U.S. subsidiary headquarters in Arlington County, and look forward to the company’s growth in Virginia,” said Secretary of Commerce and Trade Brian Ball. “We are committed to our partnership with Energix as it expands its industry presence in the U.S. market. The Commonwealth is committed to clean energy production, and Energix will aid us in achieving our goals.”