Kraft Heinz Food Company will invest $25 million in an expansion of its Garland, TX operations, and plans to add approximately 250 new full time jobs to its current workforce of 843 employees. The project has been approved under the Texas Enterprise Zone Program after being officially nominated by the city of Garland earlier this year. 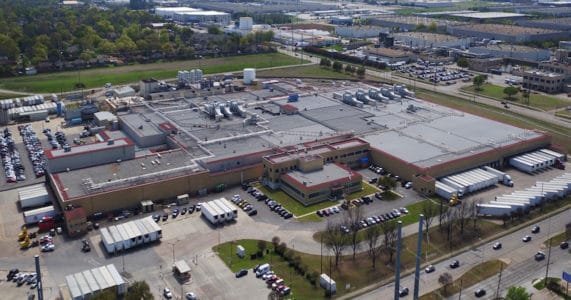 The state’s Enterprise Zone Program promotes business investment and job creation in economically-challenged areas of Texas. Kraft’s 266,000-square-foot plant on more than 50 acres of land will positively impact several Enterprise Zones, as well as one Federal Opportunity Zone in Garland. As required by the state, at least 35% of the 250 new jobs must be filled by Enterprise Zone residents, veterans, or economically disadvantaged citizens.

Kraft Heinz’s planned investment will include facility renovations and the purchase of additional machinery and equipment to accommodate two new production lines.

The approved expansion will also significantly grow the city’s target industry of food and beverage production. Kraft Heinz’s Garland operation is the company’s largest manufacturer of Lunchables, Oscar Meyer Naturals, Kraft barbecue sauce and Velveeta Skillets, with plant distribution reaching across the country. Along with Kraft Heinz, U.S. Food Service and Daisy Brand make up the top three food industry employers in Garland, with about 500 and 200 workers respectively.

“For decades, Kraft Heinz Food Company has been an important and highly valued corporate stakeholder in Garland and we are extremely excited to assist them with this latest expansion of operations in our community,” said David Gwin, Garland’s Director of Economic Development. “We look forward to many more years of successful partnership between Kraft Heinz and the community.”