By the BF Staff
From the January/February 2019 Issue

If the January project announcements made in Indiana were an indication of things to come, then 2019 is going to be a banner year in the Hoosier State. Here’s just a sampling of the activity that took place early this year: 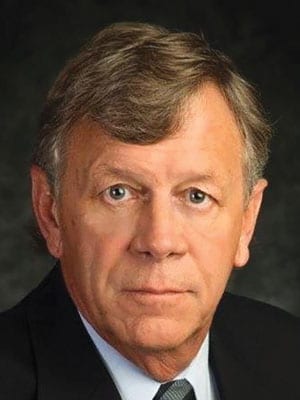 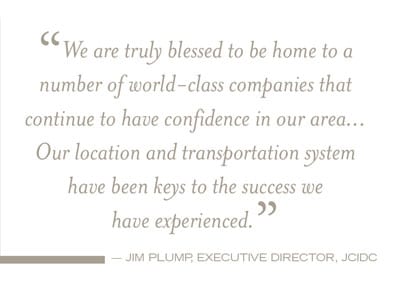 “Indiana is the second largest exporter of life sciences products in the U.S. and is recognized as a world leader in the industry because of companies like Catalent,” said Governor Eric J. Holcomb. “This expansion is yet another example of how Indiana’s pro-business environment and skilled workforce deliver the resources that life science companies need to compete in the global marketplace. With the expansion of Catalent’s packaging and manufacturing capabilities, the company will increase its operations while creating high-tech careers for Hoosiers.”

The Indiana Economic Development Corporation (IEDC) has offered Catalent up to $2.4 million in conditional tax credits based on the company’s job creation plans. These tax credits are performance-based, so until employees are hired, the company is not eligible to claim the incentives. The city of Bloomington is considering additional incentives at the request of the Bloomington Economic Development Corporation.

Saturn Petcare, the largest private-label, pet food manufacturer in Europe, will establish its first U.S. facility in Terre Haute, IN, creating up to 200 new jobs by 2024. The company, which is headquartered in Bremen, Germany and is a subsidiary of the Heristo Group, will invest more than $38 million to purchase, renovate and equip a more than 350,000-square-foot facility in the Vigo County Industrial Park II.

Kerauno, a communications workflow software company, will expand its Indiana operations, and has selected Indianapolis as its official headquarters as the scaleup continues to grow. With this expansion, Kerauno plans to increase its Indiana team to 140 by 2022.

The company, which offers an innovative Communications Workflow as a Service (CWaaS) platform that powerfully connects people, processes, software and systems, will invest more than $5.2 million over the next five years to establish Indianapolis as its HQ. Kerauno plans to complete the build out at its new location by mid-2019.

Jackson County Industrial Development Corporation (JCIDC) in Seymour, IN is marking its 35th anniversary in 2019—and the organization is reporting a strong start to this year.

According to JCIDC, over $84 million in “promised investment” by companies was made during 2018 in Seymour-Jackson County, and an additional $52 million already has been announced for 2019.

“We are truly blessed to be home to a number of world-class companies that continue to have confidence in our area,” says Jim Plump, executive director of the organization since its inception in 1984. “Our location and transportation system have been keys to the success we have experienced.”

Located along Interstate 65, Seymour-Jackson County is an hour south of Indianapolis and an hour north of Louisville, KY. Cincinnati, OH is 90 minutes east via U.S. Highway 50, plus two rail carriers serve the area.

Those strengths have helped Seymour-Jackson County attract numerous companies, and Plump is quick to point out that a strong retention and expansion program has enabled those companies grow and prosper. “We have a great mix of domestic and international companies, with products ranging from automotive to pharmaceutical. Those companies are involved in everything from research and development to production to logistics,” he said.

Among the largest industries in Jackson County are various divisions of Japan-based Aisin Seiki, Cummins, Lannett and Valeo, plus a Wal-Mart distribution center. They join an impressive list of other well-known companies located throughout the South Central Indiana region.

In fact, Seymour-Jackson County was an original member of the South Central Indiana regional marketing group, which is made up of 10 counties and is served not only by I-65 but interstates 64 and 74 as well. “More than 30 percent of our regional workforce is involved in manufacturing, engineering and logistics,” said Plump.

With recent growth, it is the workforce that also is critical for the future growth in Seymour-Jackson County and the rest of the region.

“Locally, we started our Workforce Partnership in 1998 when our industries came together to discuss what the future workforce would like look, and they helped fund this initiative,” said Plump, who added one of the early goals was to change the outdated assembly line “image” of manufacturing into the high technology high demand careers that are available today.

The Partnership is focused on recruiting, educating, and placing “Locally, we started our Workforce Partnership in 1998 when our industries came together to discuss what the future workforce would like look, and they helped fund this initiative,” said Plump, who added one of the early goals was to change the outdated assembly line “image” of manufacturing into the high technology high demand careers that are available today.

The Partnership is focused on recruiting, educating, and placing students in high school STEM courses which earns early college credit, and on pathways leading into post secondary certification and 2 or 4-year degree programs. “We are working to break down systematic barriers to learning by creating a designed framework that will direct students through a ‘seamless’ educational process,” said Jackie Hill, director of the Partnership, adding that includes “school to work and internship opportunities and establishing an educated and skilled pipeline of workers needed to meet the workforce needs of our area employers.”

Perhaps the biggest news has been the creation of Owl Manufacturing, which was established inside Seymour High School three years ago with 15 students and has grown to over 40 students. Area manufacturing companies serve as advisory board members and also mentor the students, who literally operate an industrial company within the school walls.

Seymour has been ranked among the top 100 micropolitans in the U.S. recent years, and has many projects are on the schedule for 2019, including the marketing of an Opportunity Zone. The OZ is in an area that will be the location of a new road which connects two industrial/business parks with U.S. 50 and I-65.

In total, the many on-going activities in Seymour-Jackson County can only be accomplished with a philosophy of great partnerships, having citizen “buy in”, and focusing on each project as a small piece of the overall strategy. After all, this is the original “Small Town,” dubbed by Seymour native and Rock and Roll Hall of Famer John Mellencamp. He relates a “bit of advice” that the late Pete Seeger once gave him: “Keep it small and you will make a difference.”

Micronutrients, an agribusiness that produces animal feed additives, will expand its operations in New Castle, IN, creating up to 50 new jobs by 2020. The company, which was acquired last year by Netherlands-based Nutreco, will invest approximately $30 million to construct a new 164,000-square-foot manufacturing plant and warehouse.

“Indiana was originally chosen in 1994 as it was the home base for the overall corporation,” said Ted Moore, vice president of operations at Micronutrients. “Continued expansion in Indiana, specifically New Castle, is for an entirely different reason. While there is something to be said for having current operations nearby, the primary reasons for the New Castle location decision were the cooperative nature of the state and local governments and, most importantly, the quality workforce that is available in Indiana.”

The new facility, which will house mixing tanks, spray dryers and packaging equipment, will allow Micronutrients to increase its production of hydroxy trace minerals. These minerals improve the stability of premix and feed, as well as bioavailability in animals to better facilitate digestion and increased animal performance. Sold under the IntelliBond® brand, the company’s minerals are used in every U.S. state and around the world.

Micronutrients, which was established in Indianapolis in 1994, employs more than 150 full-time associates across its main office and manufacturing plant in Indianapolis and plans to launch operations in New Castle by early-to-mid 2019.

“Indiana has a strong tradition in agriculture, and the industry continues to grow today as companies like Micronutrients are utilizing new techniques and technology to provide innovative solutions to farmers and consumers across the globe,” said Lt. Governor Suzanne Crouch, who also serves as Indiana Secretary of Agriculture and Rural Development.

The IEDC offered Micronutrients USA up to $500,000 in conditional tax credits based on the company’s job creation plans. These tax credits are performance-based, so until employees are hired, the company is not eligible to claim the incentives. The IEDC also is providing up to $200,000 in infrastructure assistance.