DuPont will invest $200 million in new equipment and a significant expansion of its sprawling facility in Circleville, OH. The plant, already one of the largest employers in Pickaway County, will add 46 jobs as it increases its ability to manufacture Kapton®, a durable and versatile plastic film that’s been used in a wide variety of applications, from insulating cell phone batteries to keeping the Opportunity and Spirit rovers warm on Mars. 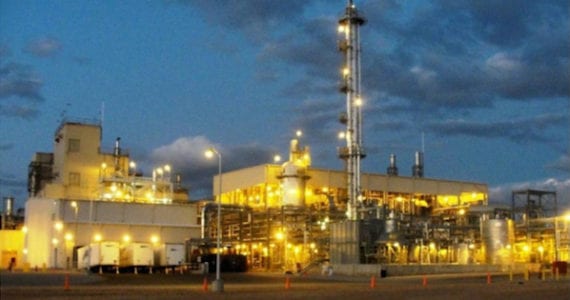 According to company officials, it is critical that DuPont invest in the plant if the company is to meet increasing demand in the consumer electronics and imaging sectors. Hiring will begin in the third or fourth quarter of this year.

“This strategic investment solidifies the Circleville plant’s ability to compete and serve the growing electronics and imaging sectors,” said Stephen Irwin, plant manager. “We thank JobsOhio, Pickaway Progress Partnership and Columbus 2020 for their support and ability to work with us to expand the manufacture of this advanced material.”

Wilmington, DE-based DuPont services markets in more than 90 countries. DuPont opened the Circleville plant in 1953 to make Mylar film, which is used in packaging. In the early 1960s, the plant started to produce Kapton film among other products. Today, the plant employs 500 full-time workers.

“This investment represents the strength and vitality of the nation’s manufacturers. To remain globally competitive, manufacturers are expanding to add capacity and scale,” said Dana Saucier Jr, Vice President and Head of Economic Development for JobsOhio. “We are pleased that DuPont is investing in a state that is on the cutting edge of advanced manufacturing investment and has a skilled, reliable workforce.”

The plant is among the growing number of manufacturers in the region. More than 1,700 manufacturers employ more than 85,000 people in the Columbus area, according to Columbus 2020.

Relocating or Expanding Your Business In Ohio