In new research from global staffing firm Robert Half, human resources managers said 42 percent of resumes they receive, on average, are from candidates who don’t meet the job requirements. In a separate survey of workers, 78 percent admitted they would submit for a role when they don’t match all the qualifications.

Luckily for applicants, 84 percent of human resources managers reported their company is open to hiring an employee whose skills can be developed through training.

Here are some additional findings:

“When it’s challenging to find candidates who check off all the boxes, companies may need to re-evaluate their job requirements to hire the right talent,” said Paul McDonald, senior executive director for Robert Half. “Workers can be trained on duties for a role, but individuals with the right soft skills and fit with the corporate culture are often harder to come by.” 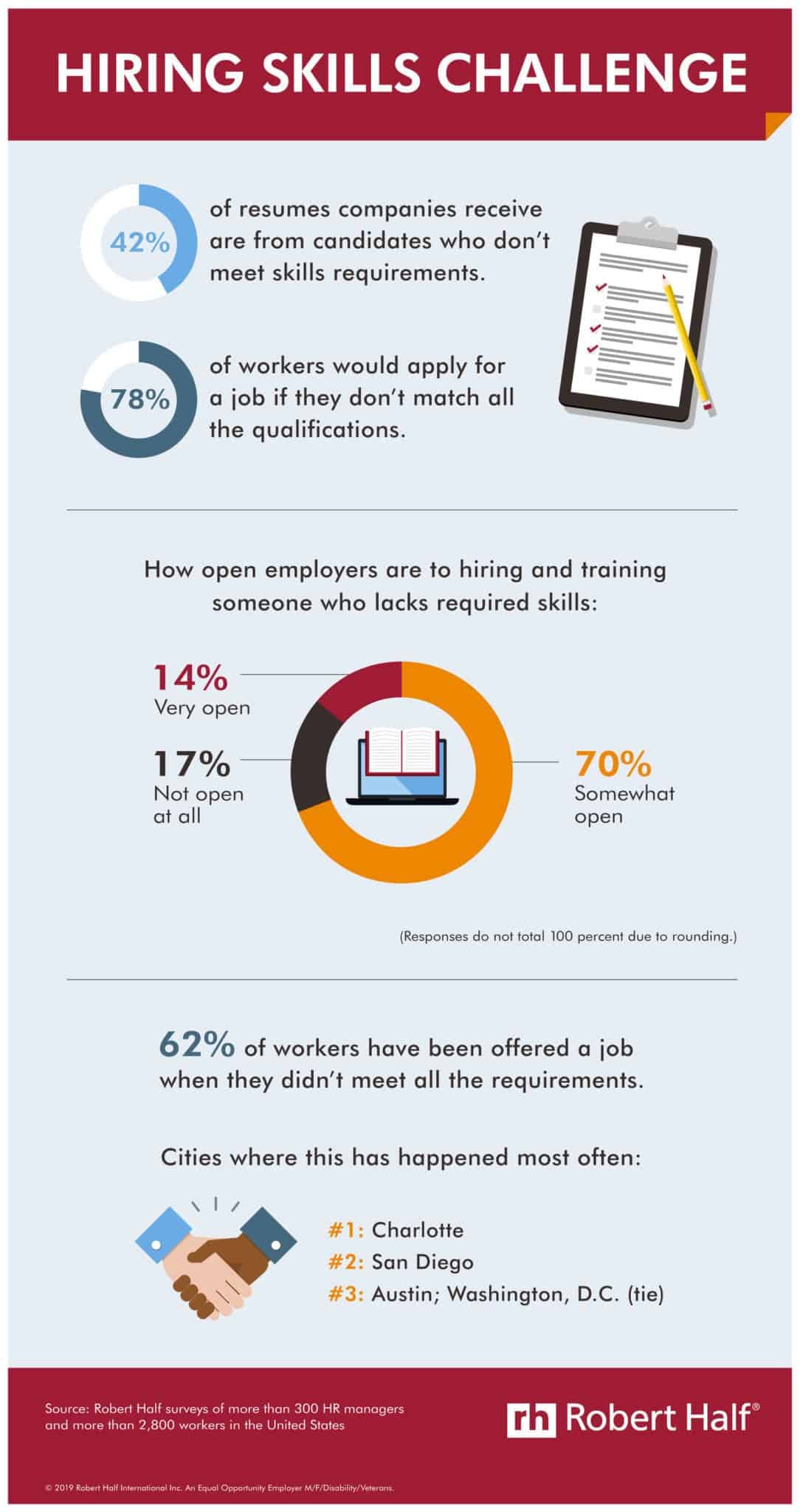