The current employment rate in Boston suggests the New England Patriots will win Super Bowl LIII, according to RiseSmart. According to the company’s Big Game Predictor, the football team whose fan base enjoys a lower unemployment rate, or greater economic prosperity, is more likely to take home the National Football League’s Lombardi Trophy. The Big Game Predictor boasts a 74 percent accuracy rate over the past 38 championship games. 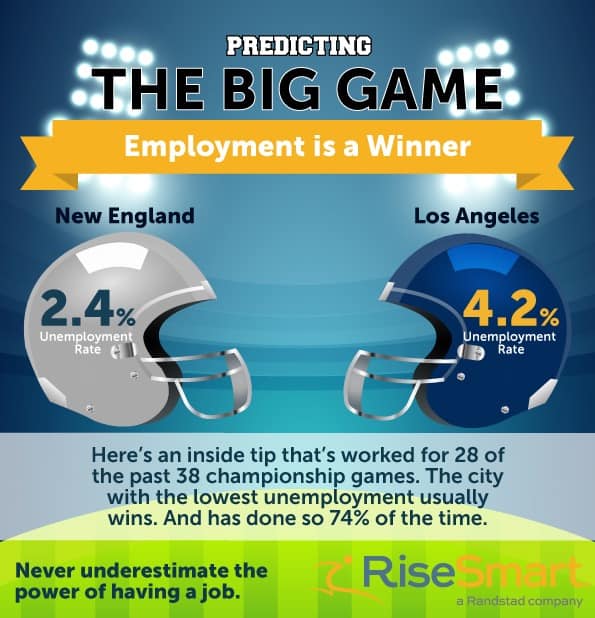 “Cities that keep people employed or are able to get people back to work quickly are happier and more satisfied with life, injecting enthusiasm into community building activities like sports,” said Karin Bootsma, vice president of marketing at RiseSmart. “The Big Game Predictor shows you cannot underestimate the impact that employment has in all aspects of our lives.”

This is the ninth consecutive year RiseSmart has issued its Big Game Predictor, which is based on unemployment data from the Bureau of Labor Statistics (BLS). This year, Boston has a 2.4 percent unemployment rate, while Los Angeles is nearly double at 4.2 percent, making New England the clear favorite.

The team with the lowest unemployment rate has won 28 of the past 38 NFL championship games. Take a look: